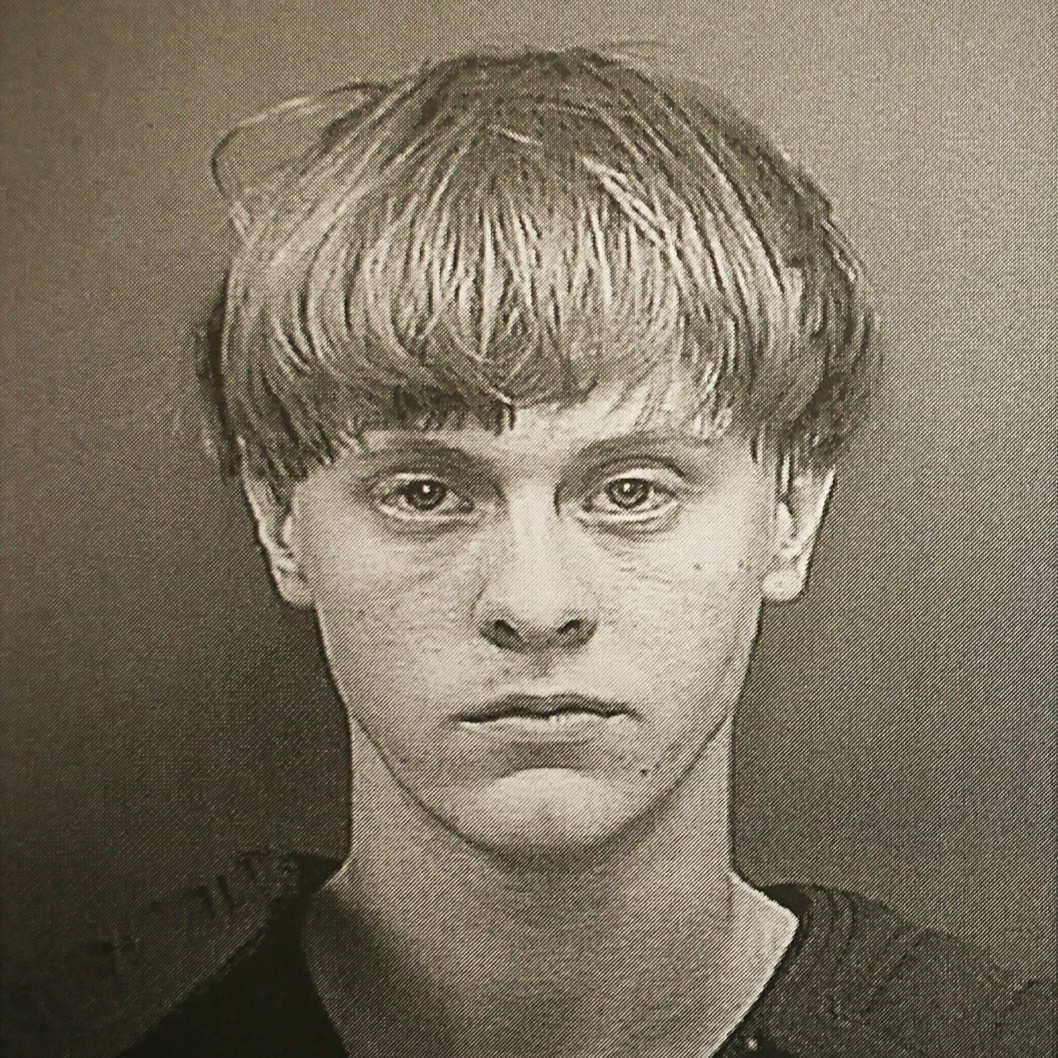 (left, shooter Dylann Roof)
Mass shootings are becoming routine.
We know the Illuminati want to disarm
Americans. Are they staging these
shootings as a pretext? James Perloff
compiles some 15 discrepancies in
the latest massacre story.
by James Perloff
15 Questions about the Charleston Shooting
(Abridged by henrymakow.com)
DISCLAIMER: I was not in Charleston and did not witness the event. I am not asserting that Dylann Roof did not commit the crime attributed to him. If the tragedy occurred just as the media has said, my heart goes out to the victims' families, and nothing here is intended to disparage the memory of the dead.
However, our country has experienced many false flags. Some have been used to attempt to bring us into wars, such as the sinking of the Maine, the sinking of the Lusitania, and the foreknown attack on Pearl Harbor...
We have also seen false flags used to advance gun control and a domestic police state, as in Oklahoma City, Sandy Hook, and France's Charlie Hebdo. In writing this article on Charleston, I am indebted to Redsilverj, one of YouTube's top alternative media analysts, for several insights.
(2) Redsilverj asks: why is this family member repeating the same lines in two different media interviews, as if scripted?
(3)  Why is the U.S. government giving $29 million to the families? People die in shootings every day, and the government doesn't give them a nickel. Some are asking if this could be actor reimbursement:
(4) Why was the church already re-opened for services on Sunday? Isn't cleanup from a bloody massacre a time-consuming process? And isn't this a crime scene?
(5) Why was only one person reported wounded?  How was Dylann Roof able to get nearly a 100 percent kill ratio (similar to Adam Lanza at Sandy Hook). Roof allegedly did this using a single handgun. One must be a good shot to fire lethal shots with a handgun. According to news reports, Roof reloaded five times. One would think some people should have had time to flee.
(6) As with Charlie Hebdo, there are no pictures whatsoever of bodies or carnage. Is this from good taste and respect for the victims, or possibly because the incident differs from what we were told?
(7) Why did the media already have such a detailed profile of Dylann Roof, including sound bites from a relative, just hours after his arrest?
(8) Is it only a coincidence that the Department of Homeland Security had an "Active Shooter Threat Training Program" scheduled for Charleston at the very time of the shooting?
Time and time again we have seen drills and military exercises coinciding with false flag events, including 9/11 and the Boston Marathon Bombing.
9) Although Roof's Facebook page has been removed from the Web, why does the Wayback Machine show it was created only days before the shooting? (View from about 1:00 to 2:30 of the video): 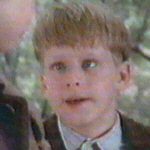 (10) Is it possible that Roof, as some believe, is actually John Christian Graas, who was a child actor in the 1990s (Kindergarten Cop; Dr. Quinn, Medicine Woman) and who was in the United States Marine Corps in 2010 according to his IMDB biography?
(11) Is it a coincidence that the incident occurred as Jade Helm is getting under way, an event that many believe is intended to transition America into martial law, and which mandates that Special Ops forces infiltrate local communities disguised as civilians? As the May 21 Houston Chronicle reported of Jade Helm: "Among the planned exercises, soldiers will try to operate undetected amongst civilian populations." Could this possibly be a clue to Dylann Roof's excellent marksmanship?
(12) Is it only coincidence that "Mother" Emanuel A.M.E. Church has long ties to Freemasonry and that Charleston is an historic center of Freemasonry?
(13) Is it only coincidence that Charleston was the first state to secede from the Union before the Civil War, and thus symbolizes the Confederate flag now being targeted for banning?
(14) Is it only coincidence that this event distracted public attention from the critical TPP Fast-Track vote occurring in Congress on the same day?
(15) Is the incident actually a psy-op intended to conveniently push several agendas:
*Advance gun control and ultimately repeal of the Second Amendment?
*Generate the racial tensions already fanned by the media-hyped Zimmerman case and the George Soros-funded rioting in Ferguson and Baltimore which followed police shootings of Afro-Americans?
*Shut down Internet sites and freedom of speech, which is being touted as responsible for actions such as Roof's?
*Start reclassifying American citizens as "terrorists" to pave the way for detaining them without trial?
*Ban the Confederate flag, degraded in the media as simply racist, but actually a symbol of state resistance to the federal government?
*Enhance the President's ratings in polls by having him deliver the slain pastor's eulogy?
----
James Perloff  is author of several books; his latest is Truth Is a Lonely Warrior.
Related-  Gordon Duff deconstructs Roof's Manifesto
---------  Police holster Guns when Arresting Mass Shooter-
------------ Take Him to Burger King
Could Masonic Jewish agenda be more clear? White Americans are the biggest terror threat in the US -NBC News
-------------Wrong time and date on CCTV Footage
Jim Perloff adds:
Incidentally, Redsilverj had an insight into that Burger King visit. He thinks it was done to further enflame racial tensions amongst blacks. The message was: "See, if you're a black criminal, we'll shoot you in the back, but if you're a white criminal, we'll treat you to lunch."
My guess is that Roof is a Special Op, just like McVeigh, who also infiltrated white supremacism. Like McVeigh, Roof will be sentenced to death, his execution will be faked, and then he'll be relocated under a new identity.
it seems we're moving more and more into Orwell's 1984, where every news item on TV was something manufactured by the government.
Covered extensively here:http://www.abeldanger.net/2014/10/timothy-mcveigh-dead-man-breathing.html

Have the autopsies and pix been released? I see they've been done, but no word on whether they've been made public. That should tell us a lot.
Very fishy that $29 M given to victims' families--just like Sandy Hook. Are they on gofundme.com too?
Thanks for the good work.

With the frequency of these event's I know longer ask if they are staged, but rather if there is any way they could be real. We never see any real evidence of the crime, only interviews by the lame stream media with emotionless victims designed to tug at your heart stings and at the same time push an agenda. I find it funny how they managed to throw the demonization of the Confederate battle flag into the whole mix.

With 29 million of our federal dollars given to "victims families" and an "active shooter drill" happening at the very same time as the supposed shooting one can't help but believe this is just another in the long line of staged, agenda driven events. Let's not forget the 27 million given to the families of the undead in Sandy Hook.

We know your agenda NWO, and we know you are terrified that people are awakening to your evil schemes. You will not succeed in your diabolical plan for a one world government to be run by a giant global Corporatocracy. We will not be your slaves in some sick Orwellian society. We will be free men as God intended.

For anyone who may have not seen this little gem; "Sandy Hook student" tells Dr. Oz it was a drill.

Ten years ago I still wondered why not a single legislator ever bring formal investigations of conspiracies anymore. There used to be Congressional investigations running all the time. Of course it was largely for show, but now they just invoke 'National Security'.

I read somewhere last week that over 60% of government documents and records are secret. 'National Security' became a rubber stamp.

Nobody has suspected the possibility that State Senator Rev. Clementa Pinckney was assassinated under cover of the shooting spree.
I found that Pickney at the time of his murder was pushing bills to require police and other law enforcement officials to wear body cameras.
It's a good idea; think of what such video from the shooter's POV would show -- it would show conclusively the behavior of the suspect that got them shot. Or it might show that the shooter was lying and used excessive force.

If you follow... if these shootings are psywar ops, then each cop that did the fatal shootings that were pretext for staged riots on St. Louis and Baltimore would have to be a special ops plant on these police departments, and that's something that they can't afford to be discovered.

Maybe Pickney's bill was getting traction. Now it won't, and we won't hear any more about putting cameras on the cops.

Charleston was already prominent in the national 'race war' psyop with the 'Ferguson style' shooting of a punk named Walter Scott April 4th in north Charleston *.

Question: If it really is a multi-stage psyop, where's it heading? What's will be the grand climax?

I wonder if it's building toward the assassination of a much more prominent (black) politician during next year's Presidential election summer.

There have been so many of these "lone gunman" mass murders across America over the last couple of years that a lot of people have become numb to reaction and skeptical of the all too perfect profiles of the accused shooters and their fast "trial by media" convictions.
The article here brings out some very relevant facts. This event has not produced all the drama and interest that you think it would have by now. Maybe the addition of the Confederate Flag will add some historical spice that will put the "South" on trial with the shooter also.

Especially since 911 the MSM has lost a lot of it's credibility with the public.

You have to remember that horrific crimes happen everyday in America. Some are given attention by the MSM and some are not.

The hate crimes committed that don't fit the desired narrative that the MSM wants to promote is often never heard at all.

I personally don't know what to think of this one. Everything here just seems to fit all too well.

SO, the most SIGNIFICANT CLUE that the Charleston Church Shooting was PSYOPS was that the Department of Homeland Security had an â€œActive Shooter Threat Training Programâ€ scheduled in Charleston at the SAME TIME AS the shooting.