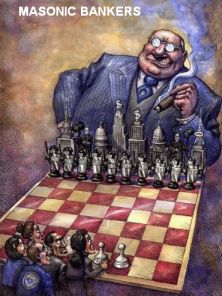 I agree, Silver & Gold will drop like a rock. When people have nothing they will sell everything they have to stay alive. This is a repeat of the great depression. One must understand that the Cabalist Central banksters are hemorrhaging money to keep the world at 0% interest. It cost them money to run things and to say it cost them roughly 1.5%-2% in overhead is probably a low estimate. What is more important here is the pattern. The great crash of 29 is the lead in to what is happening now. This is an engineered event. They have planned this for 1,000's of years.

Crossing the line, The enormous gyrations of Cabalist Occult Communities and their Ceremonies happen on and about Dec. 22, 2012. This is where the Earth past over (passover ?) or made the transition from one side of the galactic equator to the other which happens every 24,000 years. A transition according to occultisms to be most favorable to the power of darkness. As we know, the Luciferian's are fixated on time and celestial events for planning their bloody murders. This event according to one Setian yields them power over light. I don't see it his way. I see it as an opportunity to bring about the necessary change which readies the world for the day of Judgment & Testing. Are we faithful to the end ?

I don't think Beecham is giving good advice to wait for the next upward move in precious metals. Especially waiting until 2017 which appears to be his prediction of gold's bottom. If the market is rigged and controlled by elitists then then I would expect that the next time gold takes off would be hard to predict.

Beecham as a "trader" is a participant in a casino. Novices would do well not to jump into leveraged futures trading, or hold paper certificates in silver and gold.

The dollar could crash at ay time. China has the ability to cause a investor stampede out of treasuries. If that happened, the fed would buy them up and inflation takes off like a rocket.

I hold some silver which I bought between $15-20 over the last 10 years. Who cares about catching the bottom? Physical silver and gold is being bought up especially during these dips. If the unmanipulated price of gold is $5,000 ounce today, then it really doesn't matter much if you bought at $1,200 or $1,100.

The best advice I ever heard was buy as much silver and gold as you can that you you are able to hold and have no need to sell. Put it in a safe place and forget about it.

The comment about the casino shows that the so-called alternative media followers are just as "contaminated" as mainstream. Our life in the NWO is one big casino. What will this guy think when silver drops into single digits? He will be broke. But he has his feelings and beliefs.

My concern is that there may be some sort of registration or confiscation of bullion coin. People who are holding losses will have to eat them.

I have found that talking to the alternative media followers is like spitting in the wind. You cannot convince someone he is wrong when it's about that person's opinion and they "feel" they are right.

You can see that subjectivity can be the end of a person. Subjectivity, emotion, and feelings is the common "language" the one-worlders are using to promulgate the NWO. Anybody who makes decisions based on facts and solid analysis is not welcome.