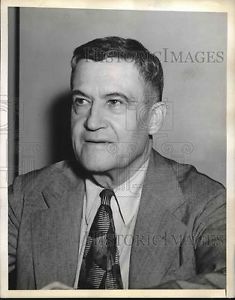 (l. Sigmund Kohn, aka Kunfi)
"One shudders at the thought of those who have the education of Hungary's children and youth in their hands. They all belong to the foreign race. The Commissaries for Education: Kunfi, the morphomanic; Lukacs, a degenerate; Pogany, who is openly accused of murder; and Szamuelly, the murderer in Russia of ninety-two Hungarian captive officers. The dictator of the students, or so-called young workers is an assassin, the same Lekai-Leiter who had attempted to kill Tisza on the steps of the House of Parliament the day before the outbreak of the Revolution.
"Murderers and men devoid of moral sense, how should they consider schools as anything but the means of propaganda, as devilish laboratories which may serve to poison young guiltless minds? Normal education is a process of civilization: Bolshevik education is demoralization.
SEX EDUCATION
"In the dormitories of girls' boarding schools young Jewish masters are made to sleep, so as to accustom the little girls to the presence of men. Jewish medical students accompany little girls to the mixed bathing places that they may kill all modesty with ridicule. Sexual education grows apace. The purpose of nursery schools has been changed: the teachers have been informed confidentially that the kindergarten must be used to estrange the children from their mothers and supplant the family. All toys are declared common property in order that the children may forget the crime of private ownership. And while our rulers are forcing the present generation of youths into the Red army, they decree that playing with lead soldiers must be forbidden to the coming generation, lest one day the slaves dream of liberation."
"An order has been issued that the old reading and history books must be given up ; they are being replaced by new history books, written by people who do not even know our language. The workshop of destruction is producing new school books, for the Commissary for Education has given instructions that in future all school books must preach the gospel of class- war. Hungarian literature is no longer to be taught; hence- forth nothing but 'universal literature' is to be taught in Hungarian schools. Such scraps of our history as are allowed to be taught are falsified and systematically besmirched: 'John Hunyady was a mountebank, Matthias Corvinus a charlatan, Denis Pazmandy a scoundrel.'
"It is not difficult to understand the purpose of the little boy's blasphemous songs: let the children despise their fathers and mothers so that even at home parents may fail in their efforts to repair the destruction wrought in the schools.
"For fifty years a devilish fiend has been slowly robbing the Hungarian people of its soul. Now that it has attained power it is destroying that soul with feverish haste, lest they should recover their soul when they regain their consciousness.
-
Source;
https://archive.org/stream/AreTheseThingsSosanctuary1934/SANCTUARYE.N.-Are_These_Things_So_1934_djvu.txt     p52ff
Colonel Eugene Nelson Sanctuary (November 6, 1870 - March 10, 1957) was a retired US Army Reserve officer and a defendant in the Great Sedition Trial of 1944. He was defended by an anti-communist Jewish attorney, Henry H. Klein. Sanctuary was born in in Hinesburgh, Vermont in 1870. He was a graduate from the University of Vermont. Before the First World War he was a civil engineer for Montpelier, Vermont. He served in Russia during the war working with the Russian Railway Service Corps. During this time he was a witness to the Bolshevik Revolution. Sanctuary headed a lobbying group called American Christian Defenders and accused President Franklin Roosevelt of conspiring to create "a Jewish state where only Jews will own property and reap profits."
He was a regular contributor to Reverend Gerald Winrod's publication The Defender. He issued his literature under the imprint Tocsin Publishers. Sanctuary had written close to five hundred sacred and patriotic songs including, "Uncle Sam We Are Standing By You" and "A Klansman's Song." He was laymen in the Presbyterian Church.

We, anti-Soviet soldiersâ€™ kids in a Warsaw suburb (Marymont|) of postwar so-called â€œPeopleâ€™s (communist) Polandâ€ were poor in food and clothes but fortunately rich in spirit. In 1950s our parents and most our schoolteachers were traumatized by the lost cause (of a free Poland) and were made to watch their mouths in public â€œfor fear of the [communist] Jewsâ€ (John 20:19) and their snitchersâ€™ tentacles. But in private they simply did not give a damn and could sense a friend from foe. We, their kids, first learned to flout in our way the red propaganda hypocrisy and we kept together in well-knit peer packs.

We enjoyed our adultsâ€™ lax guidelines and we followed their silent disregard of any false alien authority. In a destroyed Warsawâ€™s postwar suburbs there were, next to ruins, wide expanses of wildlife, a clean nature where the Lord Jesus Christ was our shepherd (as in Psalm 23) and â€œan aroma from life to lifeâ€ (2 Cor 2:16). â€“ In our community neighbourhood there was no dogma, no stifling discipline, or evil rivarly. And as I grew much older I recognized that J.J. Rousseauâ€™s Emile closely mirrored my childhood. I was indeed fortunate and I thank God for it every day. I know that many others were not so fortunate, and I pray for them, even if they also live in America.

Thus I donâ€™t think I or any of my backyard peers have ever had to free our minds or let false authority brainwash us.

It is a big paradox: a free mind appears to be a â€œgiftâ€ with a vengeance from â€œPeopleâ€™s (communist) Polandâ€, a godsend spinned off from a, pardon me, maskirovka na abarot.