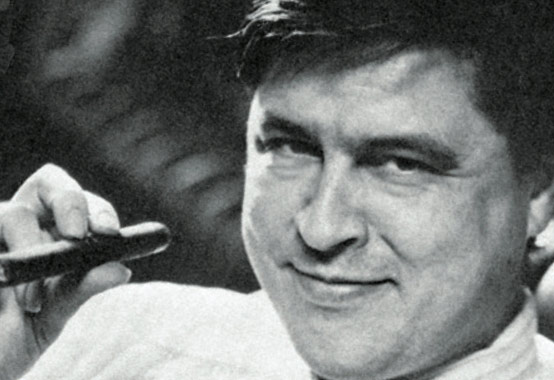 (left, Joe Sobran, 1946-2010)
The courageous honesty of Joe Sobran
is becoming  increasingly rare as a
leaden pall of Masonic Jewish (Communist)
political correctness descends over the West.
The West is controlled and defined by a satanic cult, Cabalist Judaism (Illuminati) that
wants you to believe that evil is good, and in the case of homosexuality, sickness is health.
by Joe Sobran
The Great "Gay" Racket (2001)
(henrymakow.com)
Getting in touch with my feelings the other day, I realized how I loathe homosexuals. All of them? Of course not. Some of them are funny, kind, intelligent, and otherwise pleasant. But homosexuals in general, yes. I can't stand them. Especially the ones who are organized under the rubric of gay rights.
I guess this makes me "homophobic." So what? Homophobia is one of those ugly cant-words -- like racist and sexist -- that no self-respecting speaker of the English language would use. (Try to imagine Abraham Lincoln calling someone "homophobic.") It's a verbal badge of groupthink.
Funny how the people who style themselves victims always want to bully everyone else. Diversity now means conformity. It means making sensible people afraid to contradict nonsense so obvious as to insult their intelligence.
Normal people find homosexuality, especially male homosexuality, repellent. We're supposed to apologize for that? Our slang words for the anus, and their use as insults, express our disgust with the whole idea of anal sex. Apart from the personal defilement it involves, it's grossly unsanitary.
My own feelings are intensified by personal experience. Believe me, when a child you love has been sodomized, it takes a lot of the romance out of buggery. What was merely disgusting becomes nauseating. You needn't hate the perpetrator -- who, in this case as in so many others, had been sodomized as a child himself -- to feel utter revulsion at the act, and contempt for those who try to endow it with dignity.
Will the victim now grow up to sodomize other boys? Will he come down with AIDS? Will he, on his wedding night, remember this first "sexual" experience?
Another instance of homosexual pedophilia has been in the news lately -- or rather, hasn't been in the news. In 1999, two Arkansas perverts raped, tortured, and murdered a 13-year-old boy; that crime has been almost totally ignored by the same news media that spent a year bewailing the murder of the homosexual Matthew Shepard. Because the boy was a victim rather than a victimizer of homosexuals, his story might hurt The Cause. No martyr he!
PEDOPHILES
The standard "gay" line on pedophilia is that most child molesters are heterosexuals. This is sheer propaganda. Homosexuals are only 1 or 2 percent of the general population (despite their inflated claims -- also propagandist -- of 10 percent), yet they are wildly disproportionate among pedophiles. [2% of population commit 33% of pedophile acts.-hm]
What is more important, though, is that most heterosexuals are more than willing to punish molesters of little girls. They don't make excuses for them or cover up their crimes. They recognize norms of behavior.
But pedophiles are an integral part of the "gay rights" movement. Does that movement repudiate them? Not at all. On the contrary, the North American Man/Boy Love Association is a regular and welcome contingent at "gay pride" marches. In England, organized "gays" agitate for lowering the age of consent for sex.
This stands to reason. Homosexuality is an abandonment not only of the normal, but of any norms. Once you approve of promiscuous anal sex with strangers, how can you draw a line against anything? Why not have anal sex with kids, if that's your thing?
And once again, the news media -- which love to highlight any "extremists" at conservative events -- refuse to report on pedophiles in the movement. It might embarrass The Cause. If it's "diversity" you want, don't look for it among journalists.
I used to feel sorry for homosexuals. However they became that way, it was an inclination I could only pity them for being saddled with, since so much of normal life was closed off to them. And I understand why parents who find out their sons are homosexual want to protect them, even if it means denying that homosexuality is a serious disorder. That's natural.
But no parent is glad to learn his son is "gay"; no parent would wish that condition on a child. This is why all the propaganda of "gay pride" rings false. Normal people aren't even proud of being normal; they take it for granted. But "pride" in an abnormality?
I don't blame anyone for being sick. I blame them for telling me that sickness is just another form of health.
-----
Related- Even Gays Say Their Behavior is Sick
---------- The Health Risks of the Homosexual Lifestyle (Thanks Linda)

If a 50 or 60 year old male picked up a sensitive and needy 17 year old girl and sexually used and lied to her for a month before discarding her and the press learnt of it the man would be publicly condemned even though the girl was over the age of consent. The police might even find some grounds for a prosecution. But when experienced homosexuals do this to vulnerable teenage boys they are never condemned by the press, or any of the other politically correct scoundrels that are now a scourge on our societies. These scoundrels pretend to be loving and caring but where is their care for the victim?

Joseph Sobran cuts through the crap and goes right to the truth of this appalling state of affairs.

in the Hip Hop community, no less. Please check out this article on a pop culture / music website, and some of the comments. The vicious pro-homosexual supporters are out in full force. - PS. I only check out this website for their up-to-date music news.

Everyone & anyone (even if they are a D-List, has-been rapper) is publicly shamed and crucified if they don't go along with the agenda

Also, this woman (who raises some VERY valid points, all of which I agree with) is being ridiculed and shamed across the net after this video was copied off of her FB page.

I'm 23 years old, and even from 2001 until now Western culture has taken a turn for the absolute worse.

In less than 20 years hollywood media has managed to redefine social understandings of sexuality and gender. In 1995 people were 79 percent against now 55 percent for it. Standards that were in place for thousands of years. The corporate heads have just proved they can control your minds. Even the highest courts in the land. The government can use these tools to train you to be too weak to do anything to overturn their power. To not only accept their tyrannical power but to think it's good for you. That the central morality of America can literally be defined by or through MTV and Facebook and that they can raise your children to believe whatever they want them too. You're all being distracted, there are so few transgender people in America most of you will never knowingly have a conversation with one. There are more people with Down syndrome than there are guys trying to be women. In 1995 there were a spate of black churches set on fire, in 2015 a bunch of black churches set on fire. Even with all the power to control minds they don't use it for us, for good, they still don't give a fuck about you.

When I was in prison, there were a few homosexuals in the dorm and they would have anal sex in the showers. Every once in awhile we would go into a shower with feces on the floor. Talk about disgusting! A penis doesn't belong inside of an anus. This is not love, but it is an unspeakable perversion. It is an abomination to the natural order and it fouls the land. It actually fouls my mind writing about it. If there was one thing I wish I never knew about, it would be this. These people think they're having a great time when in reality they are destroying their own lives. Their filth spills over onto the rest of society and everyone is affected by it.

Even worse, the United States Supreme Court has ruled that homosexuals can now be legally married. So, it is really the government who promotes the destruction of society under the mask of personal freedom. Homosexuality is a very evil form of bondage to those who engage in it. Being around a homosexual is like standing close to a viper. It can be dangerous.

But what I find even more disgusting are the people who pander to the homosexual as if this was a valid civil-rights issue. By pandering to this group of 1-2% of the population, they are giving them more power than they deserve. Homosexuals are losers. They may be wealthy and have a lot of money, but overall they are still losers, and I'd say most of them know it.

Disclaimer- Posting does not imply endorsement.

--
Joe Sobran was "right on" on almost any subject. I miss him much.

Old men such as myself are not fooled by any of the present bull shit about faggots and dykes. It's a learned habit that needs to go back to being criminalized if civilization is to return to the now rotten to the core, post Christian, neo-barbaric "West."

About 15 years ago, one evening on a Washington, DC sidewalk, a very young man, dressed in garish drag, was making an ass of himself (not a pun) caterwauling like a spoiled little girl for some "reason." I mentioned to those confronted with this display, along with me, that when I was young, that guy would have been castrated before the sun came up next morning.

Homosexuality, of any stripe, is simply satanism in action as a display of hatred toward God and needs to be quashed immediately on sight by any God fearing person.

Toleration of evil is one of the very worst evils.

Of course if you are "just made that way", then it's hard to hold you responsible for becoming different. Homosexuals having secured this rationalization for their behaviour, paedophiles are sure soon to follow.

This notion of being "made that way" is incompatible with the traditional Christian concept that "all have sinned and fallen short of the glory of God" and that "sinning" is something to be grappled with and overcome because participating in the glory of God is the whole purpose of our existence. Life is much more interesting when we are continuously, consciously trying to understand the psychological influences that "make us tick" and regenerate those that "make us sick". All things--including actions and relationships, heterosexual ones too--are made new in Christ.