Transhumanism: How the Illuminati Depose God 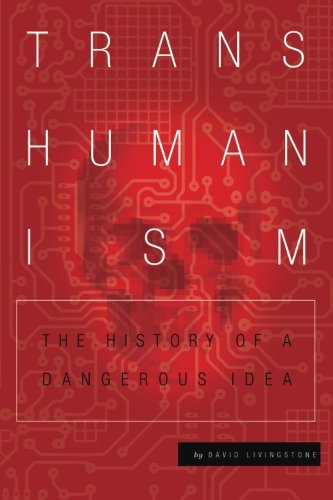 (Left, David Livingstone's new book)
Transhumanism may seem
like a crackpot fringe movement, but it is the new ideology
of the Illuminati.
The Cabalist Jewish embrace of materialism and attempt to supplant God has led to a grotesque effort to override nature and
achieve immortality.
by David Livingstone
(henrymakow.com)
Transhumanism is a bizarre aspiration to achieve immortality, along lunatic lines like cryogenics, placing miniature robots in our bloodstream, "augmenting" ourselves as cyborgs, and even uploading our minds to the Internet. 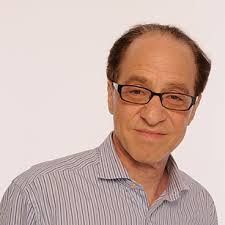 Sound like the ravings of a mad scientist? Yes but they are being spearheaded by the likes of Google. They are in the hands of those who can exercise extraordinary control over our lives. One of Google's own heads of engineering, Ray Kurzweil, left, a Jew, is the revered modern-day prophet of transhumanism.
The truth is that a formidable conspiracy has taken place right under our noses for the last 50 years. While our attention has been focused on JFK, UFOs and 9/11, a plot to create the ultimate surveillance tool has proceeded unnoticed: the rise of the All-Seeing Eye, the personal computer.
Transhumanism is an occult project, rooted in Rosicrucianism and Freemasonry, and derived from the Kabbalah, which asserts that humanity is evolving intellectually, towards a point in time when man will become God. Modeled on the medieval legend of the Golem and Frankenstein, they believe man will be able to create life itself, in the form of living machines, or artificial intelligence.
Transhumanist themes have been reflected for decades in movies such as 2001: A Space Odyssey, Blade Runner, the Terminator series, The Matrix, and Transcendence, but is best encapsulated in the recent movie Lucy, starring Scarlett Johansson, who takes a "smart drug" to achieve ever increasing intelligence, until she merges her mind with the Internet, to become a god.

This idea is rooted in an occult belief first developed in the sixteenth century by Isaac Luria, father of the New Kabbalah, and the godfather of Rosicrucianism.
Luria's idea, which proposed that man was evolving through time to become God, served as the basis for the Theory of Evolution, promoted by Thomas Huxley' X Club. Huxley's grandsons were Aldous Huxley, the visionary behind MK-Ultra, and eugenicist Julian Huxley, a founder of UNESCO.
Julian also wrote the introduction to The Phenomenon of Man by Jesuit priest Pierre Teilhard de Chardin (1881 -1955), known as the Catholic Darwin.
Identified as the leading influence of the New Age movement, Teilhard is also regarded as the "Patron Saint of the Internet." Teilhard influenced Marshall McLuhan, Arthur C. Clarke, Philip K. Dick and Terence McKenna with his theory of a "Noosphere," which would represent humanity's development of a collective consciousness.
Today referred as the "Global Mind," it underlines the plans of Google and the transhumanists to create artificial intelligence. By merging with the Internet, which will accumulate all human knowledge, and peer into every aspect of our lives, it will achieve omniscience.
This, the transhumanists believe, will serve as a new god, to unite the world in a communal purpose, and usher in the New Age, or what Kurweil refers to as The Singularity. To understand the Luciferian significance of these ambitions, McLuhan himself explained:
"Electric information environments being utterly ethereal foster the illusion of the world as spiritual substance. It is now a reasonable facsimile of the mystical body [of Christ], a blatant manifestation of the Anti-Christ. After all, the Prince of this world is a very great electric engineer."
-
David Livingstone's "Transhumanism- The History of a Dangerous Idea" . His web site.
Related- The Cabala is a Hoax
First Comment from Paul-
Regarding how Google's search engine is great, but everything else they build is a total failure, this is b/c they didn't actually invent or develop their search engine. The algorithms for performing these massively parallelized map-reduce operations were developed (probably as early as the 1950s or so) by the NSA and Google simply took them into the public domain when the time was right. Much like how Google's present-day headquarters is located on what was once a NSA signals intelligence station in Mountain View, Calif. during the Cold War. Much like how all the data for Google Maps is plumbed through from NSA satellites, etc.
The world "Google" is simply a public DBA for the NSA and related intelligence agencies, their stock price is propped up to artificially high levels by Pentagon defense spending and money laundering, and insofar as their "legitimate" business acumen or innovation is concerned, it's basically zero. Hence why their own in-house developed products are all so poor. It's nothing more than an elaborate front for intelligence gathering, propped up to artificially high levels by recycled tax dollars.
Kurzweil's "singularity" is nothing more than the transhumanist eschatology. It's their "come to Jesus" moment that never can, or will actually come to fruition. It's the latch they give their followers to hold out hope for, to give them something "concrete" to believe in. A better, more utopian future. In the same way that Christians believe that "Jesus will return" any day now, so transhumanists believe that "singularity is just around the corner". And that day will never come, since the religion itself defines itself by that eschatology, and would cease to exist the moment said prophecy came true, were it capable of ever coming true.
The biggest leg on this "transhumanist chair" that I haven't seen discussed yet is Darwinsim. There's not enough room here to debate the failings, frauds, or otherwise of Darwinism, but suffice to say that between Piltdown man, Java man, and dozens if not hundreds of other hoaxes and frauds, Darwinism is at best on some very shaky ground. But in transhumanism, we can now finally begin to see the real raison d'etre behind why Darwinsim was sold to the public in the first place.
In Darwinism you have a belief structure which claims man began as slime, and over billions of years slowly worked his up, first to pond scum, then to monkeys, and then to a tool-using primate, who -- (you have to cue up "Thus Spake Zarathustra" from 2001 Space Odyssey as you're reading what I'm writing here) -- now is able to invent a computer, to program a computer, and now -- (music climaxing) -- is ready to merge with the computer!! Evolution has been perfected!! Man has become the machine!! All is once again good in the Cosmos!!
In my opinion, Darwinism is nothing more than a fake "theory" that was sold to the public for the purpose of warping the minds of the scientific elite (who, previously, had generally been of a Christian persuasion) to get them to more readily accept and fall in line w/ this transhumanist agenda (which, I think, has been in the works for a very long time).
Great article as always!

Comments for "Transhumanism: How the Illuminati Depose God"

David Livingstone nails it! Darwinism was created as the "shoehorn" for Transhumanism!

Today's article was interesting and the comment, but look man has always tried to improve his lot by inventing, that's why we have homes and cars. I see nothing wrong with living 10,000 years. It doesn't do anything to diminish God for me. it's thru Gods help I wish to live that long. Just another experience in God's matrix.
--

Trust me. If they ever mastered this, it would be them not us enjoying the benefits.

"...and even uploading our minds to the Internet."

The author got that one wrong. They talk about uploading our brains, not our minds. To them, consciousness consists merely of electro-chemical activity in our brains.

Transhumanism is brilliant... if you are one of them. The illuminati can not handle the thought of death as their whole existence is the material earth plane…nothing good exists beyond this dimension where they rule.

In the After-Death-Dimension, Hell awaits--a place they surly do not want to experience so they restlessly toil to find a way to delay the inevitable for as long as possible.

This whole concept is nothing but modernized Gnosticism: "Whoopee, we is now god!" (But we really ain't.)

Yes these crackpot are serious about it:

The report says the abilities are within our grasp but will require an intense public-relations effort to "prepare key organizations and societal activities for the changes made possible by converging technologies", and to counter concern over "ethical, legal and moral" issues. Education should be overhauled down to the primary-school level to bridge curriculum gaps between disparate subject areas

he idea of transhumanism is as stupid as evolution. There is no shortage of stupidity of people who desire a "new world order." There is no such thing as a human. Human essentially means a man who is a derivative of a monkey or a primate mammal. There is no such thing. The best point of this article is pointing to the fact that the desire to become god is the real motivation and the very ideal of it is completely insane. I am confidant that the natural order which God established will overcome the new world order.

Scientists seem to be a bunch of jerks tied to the political tit of the state. They vomit their stupid ideas as if they were facts, but the fact is that they have no facts to support their asinine conclusions.

BTW, Google makes a great search engine, but most of their other products are garbage: i.e. Google glass, Google docs, and driverless cars. They think that they can change reality when the reality is within the natural order. The natural order cannot be changed and it will never be changed and this is why these Illuminati freaks look so stupid to me.

I once had a conversation with an acquaintance / friend (over the internet) who ended up not believing in God and instead fell into the modern day science cult, and began viewing scientists as his new priests.

We would get into discussions about evolution and evil and such, and because he believed the lie that science had the solution to everything, he presented the idea that science will eventually be able to identify and modify certain men who are prone to evil, as if evil were a genetic trait. Or rather, I think he mentioned 'aggressive' persons... how sad, people who are aggressive towards NWO trans-humanism slavery will be marked... this is how domesticated and weak socialist (big brother) society has made people.

This naturally offended me, because I'm not a domesticated animal and don't like the idea of some self flattering psychopaths in power (scientists of the NWO) with the power to genetically modify me or my future children.

I no longer talk to this individual, in my mind trans-humanism is a future Eden for atheists, and a Hell for Christians.