ï¿¼ï¿¼(Max More is an associate of Ray Kurzweill, a leader of Transhumanism.) 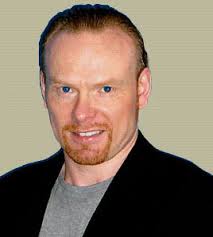 Luciferians like Max More, left, present a caricature of God as some kind of perverse school master. Then they demolish this invention and proclaim Lucifer as the enemy of "superstition" and champion of personal freedom and reason.
What a joke. What pompous, pathetic assholes.
God doesn't resemble their straw man. He is synonymous with spiritual absolutes: Love, Truth, Beauty, Justice, Peace.
Jesus said: "God is a Spirit: ...worship him in spirit and in truth." John 4:24
"Be ye therefore perfect, even as your Father which is in heaven is perfect." Matt 5:48
Who in their right mind can deny that humans crave spiritual ideals, which are necessary for our survival and development? Who would thumb their noses at God? Luciferians are behind all the "progressive" movements -- Communism, Socialism, Liberalism-- that use "social change" to mask their hidden agenda, the induction of mankind into their satanic cult.
"No more gods, no more faith, no more timid holding back. Let us blast out of our old forms, our ignorance, our weakness, and our mortality. The future belongs to posthumanity." -- Max More, On Becoming Posthuman. 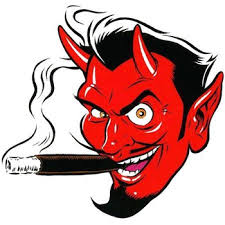 Comments for "How Luciferians Think"

I saw some comments concerning whether we have a free will or not. God does give us a free will to choose Him or not and He allows adversities into our lives to get our attention and make that choice. I have seen a picture of Jesus Christ knocking on a door that has no handle on the outside and can only be opened from the inside by the one who lives there.

That is where our free will gives us the choice to open the door or not. If we open it God WILL be in our lives but not in ways that our puny little minds cannot, at first, comprehend. It is only, as time passes, that we do start to understand His workings in our lives. Satan is instantaneous with his lures and I truly believe that is how Luciferians get trapped and why they think like they do. Be safe

Tony B said the Calvin was wrong about not having free will. I am reading Edward Hendrie's book 'The Anti-Gospel ' the moment and it seems that Calvin had a point. It is that we do not have free will to choose God because man is spiritually dead . The grace, faith and then the salvation are all a work/gift of God. God calls his elect we do not choose God. That is why many are called but few chosen. I suggest people read this book as it shows how we have been a taught a faith based on works not grace. We have free will in everything else but not salvation.

Luciferianism always results in freedom for the few and the enslavement of the many to human dictatorship, selfishness and tyranny. Also, as Richard Wurmbrand said in his book 'Marx & Satan' he is untrustworthy and will betray all his friends at the last.

Max isn't a real Luciferian. He's really a 'positive Nihilist'. They don't believe life or the universe is a creation, therefore there's no purpose or meaning. Unlike Camus, who said "the only serious philosophical question is whether or not to commit suicide", the positive Nihilists see pointlessness is the ultimate freedom. They can dump all pretense of altruism and be like Ayn Rand.

Everyone knows the line "We shall unleash the Nihilists and the atheists", from the alleged Illuminati plan to foment three world wars, supposedly addressed to Mazzini by Albert Pike in 1871. The attribution may be a hoax, but even so, the earliest appearance of the following plan in print was in a French book titled 'Le Palladisme', published in 1895.

"We shall unleash the Nihilists and the atheists, and we shall provoke a formidable social cataclysm which in all its horror will show clearly to the nations the effect of absolute atheism, origin of savagery and of the most bloody turmoil. Then everywhere, the citizens, obliged to defend themselves against the world minority of revolutionaries, will exterminate those destroyers of civilization, and the multitude, disillusioned with Christianity, whose deistic spirits will from that moment be without compass or direction, anxious for an ideal, but without knowing where to render its adoration, will receive the true light through the universal manifestation of the pure doctrine of Lucifer, brought finally out in the public view. This manifestation will result from the general reactionary movement which will follow the destruction of Christianity and atheism, both conquered and exterminated at the same time."

Well, I think this guy is too much as his name implies. I agree with everyone--it's like it was written by an articulate five yr. old.

Anyway, of course we need to think for ourselves and decide which way we will go--that is the essence of free will. And we are all free to do our own will to our own detriment. And that's why it's obvious we have free will.
Having said that, it occurs to me that most "Christians" don't follow God's word: on a very basic matter, read what Jesus says about divorce--He is very explicit.

Things were no different 2000 yrs ago when He excoriated the Jews b/c they used legalistic thinking [rationalizations] to get around God's word such as citing "corban" in Mark 7 so as to not support one's parents.

Personally, I think most of us are frightfully selfish and pretty stupid at that, so I'm glad that God gave us a set of morals that are easy (intellectually) to follow.
But "Ye shall be as gods" is the devil's siren call which has beckoned through the ages.

It's just a question of how much we believe in Him to actually follow His way. When we do, we find that our lives have less and less contradictions and are more cohesive and integrative, regardless of how successful we are outwardly.

And this is so for societies as well. They cannot stand on something as illusive as "reason" [read rationalization] b/c we need God and His transcendent holy reason to unify us all into doing the right thing.

Max Moore and other trans-humanists sense that there really is a God and Lucifer though they deny the physical existence of such beings. They fear death above all and are desperate to escape it through trans- human existence.

They espouse independent thinking and action. The truth is that they do not have free will because they are a created being. They were predestined to follow the path that they follow. This is all backed up by Biblical scripture. Only the creator has free will, not the created. I am in the small minority of Christians that believe this. Apostle Paul understood it and talks about it in Romans.

Only God has free will. A sovereign, all knowing God creates beings that are already known completely. That is why Lucifer could never defeat God because God created him knowing every decision and action he would ever make. Man can experience God's free will when he accepts Christ and then is indwelled by His Spirit. However, no one comes to the Father unless He draws him to Himself. That is what Christ meant when he said that He was the truth and the truth can make you free. You only experience His free will when you become conformed to the Holy Spirit. You cannot even be conformed to God's Spirit unless He allows it.

WB flies by the seat of his pants and says:

"The truth is that they do not have free will because they are a created being. They were predestined to follow the path that they follow. This is all backed up by Biblical scripture. Only the creator has free will, not the created."

Who are you going to believe? WB or the Bible?

"The mind of man plans his way, But the Lord directs his steps." Proverbs 16:9 NASB

There's an invitation at the end of the Bible that we humans have the choice to accept or reject:

"The [Holy] Spirit and the bride (the church, the true Christians) say, Come! And let him who is listening say, Come! And let everyone come who is thirsty [who is painfully conscious of his need of those things by which the soul is refreshed, supported, and strengthened]; and whoever [earnestly] desires to do it, let him come, take, appropriate, and drink the water of Life without cost." Revelation 22:17 AMP

And most of us have chosen to reject it.

I believe in God, in a creator, but despise these caricatures created by the Religions; and the fact that these silly, spoiled mommy's boy "Satanists" are attacking them pleases me. Make no mistake, Christianism today is nothing but military-worship, government-worship, anti-Islam bigotry. It lost it's transcendence ( exaltation of the individual human life ) and became just another subculture, a hip ideology ( it's "cool" to criticize Islam today in many circles, including some alternative/patriot ones ).

Thinks he is smart, but really is A USEFULL IDIOT (per Stalin) .
Ex Navy, John

Frankly, this guy More gives assholes a bad name. Maybe we should call them "trans-assholes." This guy is extremely immature and seems to be angry with God. Of course, if he didn't act like a jerk, his life would be better. Luciferians are condemned by their own choice and that's really stupid. People who oppose Luciferian doctrines should try to keep separated from them.

Of course he's a liar because all new world order types are chronic liars. The truth is dangerous to them as they will always be exposed by the truth. These are not very bright people. They don't have their intellectual pubic hairs. They may have the body of an adult, but inside, they are immature and puerile. This is the kind of material that can lower one's IQ by at least 5 points.
http://verydumbgovernment.blogspot.com/2012/07/anger-and-evil-are-immature.html

Everything Max More says is a lie. He is parroting Helena Blavatsky and Albert Pike. Through life extension technologies, the Luciferians are attempting to gain the immortality they lost through sin.

I don't know what "god" More is referring to, but the God of the Bible doesn't ask anyone to accept anything on sheer faith. Neither is He against reason and critical thinking.