No Relief in Sight for Gold 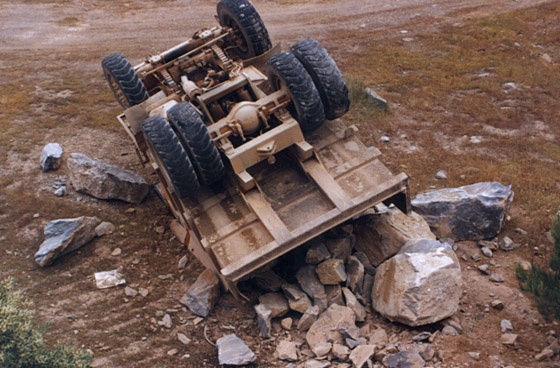 Comments for "No Relief in Sight for Gold "

Both Gold and Silver are going to continue to tumble with no end in sight because of the new Saudi King who has found it necessary to continue production quantities which ensures them revenues necessary for their survival. This and the fact that the technologies behind fracking have been able to produce 2-3 times more oil than as little as 4 years ago.

The U.S. has a glut of oil and even though the price per barrel has dropped the price at the pumps has not significantly dropped. Last years price of oil was over $100 per barrel. Today, price fixing has saved oil from tumbling further. Oil dropped below $40 a month ago. These price drops have bolstered the US economy and have cause a massive growth spurt. The dollar is buying more while the rest of the world lags far behind in consumership.

What is interesting is that Gold & Silver were tumbling years before the drop in the price of oil. This is due in a large part to price fixing. The reason why the world banks have been involved in this price fixing and keeping Gold and Silver artificially low is to prop up the U$D. This was due to the complete insolvency of the US Economy and its massive debt to the Fractional Bankers who create money without collateralization. The world money supply was about to implode as the US lacks any liquidity and it hamstrung by the world bankers. The only way to kick start economic movement was to bring the price of oil down; otherwise the house of Rothschild was going to fall.

Silver which has been a more sensitive indicator to market skulduggery historically was a 10 to 1 ratio to Gold. Now the ratio is 75:1 . They have oversold Silver on paper and lack the Silver in their vaults. This has increase the ratio of Gold to Silver and demonstrates that Bankers will sell.. what they don't have.

There are so many omissions and invalid statements in Beecham’s article I hardly know where to start unpicking them. I think he is missing the salient point about gold. The reason for exchanging counterfeit cash for real money is not merely an opportunity to increase personal wealth, but to hold as an insurance policy in times of financial uncertainty, and also to safeguard against the possibility of a “bail in,” Cyprus style, which is surely coming.

For sure, very few financial analysts predicted the top in 2011 and the subsequent waterfall in 2013. The fundamental reasons for buying gold and silver were still in place and they saw no reason to do so, other than to time the market which is not recommended. The downward correction was forced by the criminal bankers because the gold price had become a huge embarrassment to the phoney US dollar. They may do it again, but gold miners will cut back, supply will be reduced and this will result in an even higher price further down the line. The only people who can accurately predict the price are the manipulators, although their influence will be limited if market forces overwhelm them. Anyone who bought gold around 2007 has doubled their money despite the huge correction in 2013. Just a few thoughts to ponder… Look at the 20 year gold price chart.

Over the next 5 years, does it have more downside potential than upside? How long do you have left to live? Do you trust a banker? Why did Venezuela and Germany ask for its gold back from the Fed? Why is the state of Texas building its own gold depository with a view to repossession from the US Fed? So many questions to answer, and for me Beecham answers very few of them.

One of the difference between now and the 1920s is that in the 1920s the dollar was 23.22 grains of gold. Now it is the military might and taxing power of the US government.

On Gold Silver and all other PM's they are real money, market money hence the hatred of them. The Real World Tony B uses and lives in from electronics to the lighting in his home is DEPENDENT on Gold and other PMs computer, lighting systems, WILL NOT WORK without Gold..."Gold is used in many places in the standard desktop or laptop computer. The rapid and accurate transmission of digital information through the computer and from one component to another requires an efficient and reliable conductor. Gold meets these requirements better than any other metal. The importance of high quality and reliable performance justifies the high cost.

Edge connectors used to mount microprocessor and memory chips onto the motherboard and the plug-and-socket connectors used to attach cables all contain gold. The gold in these components is generally electroplated onto other metals and alloyed with small amounts of nickel or cobalt to increase durability. " http://geology.com/minerals/gold/uses-of-gold.shtml

Common sense disproves the ephony thesis by psycho anti gold people trying to deny its value, The government can't tell you a piece is food and to eat it no more than the government tell you what money is. Gold is a store of real value, does not rust, has tremendous technological, industrial, and medicinal uses as well as jewelry/beauty/art applications that have made it worthwhile for EEONS. Gold, Silver etc was used as money because it meets the criteria FOR MONEY.

BTW if anyone hasn't notice the massive rigging in the PAPER gold and Silver markets with FAILURES TO DELIVER and NO DELIVERIES for going 3-4 years from the imaginary Comex, and GLD scams shows a complete lack of honesty, Gold and Silver have been suppressed by the ESF, PPT, and the banks engaging in Naked shorting as well as many other terrorist like actions on Gold and Silver to rig the market, its called financial repression . The open rigging done by the London Gold Pool in the 60's is for some reason ignored even though its an admitted conspiracy of the Central Banks that was real to Suppress real money.....for their own reasons. The Comex right now admittedly has paper claims at a ration of 228 to 1 and all that gold in the vaults is beyond suspect....Liars like Tony B either one don't live in the real world of are shills trying to cover up for the suppression of real money, Supply as a result has dwindled sue to the paper price being suppressed for so long beneath the cost to produce this has cause bankruptcies everywhere and 1-2 year old coins are starting to sell at numismatic value....and the demand nationally and internationally is OFF THE CHART....Russia and China both have AT Least 25000 tons of Gold apiece they know whats coming and lying to cover up for the hyper inflation hell that has already occurred in America then exported through the mechanism of the import ponzi state to the world including China etc. When our inflation hits the street its gets ran into other markets hits the Forex and gets converted into other currencies hence the hyperinflation around the world and only effective 250% here since 2008.

Henry, I read the first paragraph - or part of it - by that delusional gold bug woman.

1. It is NOT necessary to use gold in the electronics of computers.

2. The tiny bit of it used for electrical contacts in some parts (sometimes) is minuscule. Likely much less than in jewelry, where most gold is used.

3. Precious metals are NOT money they are commodities.

4. The woman is clueless, as are most libertarians, of how the so-called gold standard has been used by the Rothschild cabal to destroy countless nations before it was shit canned.

Mr Beecham is right, in that the US$ is presently the "strongest of the weak".

However, what he has not factored in, is the planned introduction by the BRICS and associates of a gold-backed currency arrangement.

When this is implemented, the fiat currencies of the West will collapse, capital will drain East and gold (and silver) will sky rocket. Though the East will suffer an economic collapse, they can quickly recapitalise with their substantial precious metals hoardings, which by then will be worth many multiples of their acquisition price. The West, now drained of its gold and saturated with debt, will founder in depression, hyper-inflation and social chaos - ready for the taking by the East. After WW3, the West will by then be suffocated of any effective strength of resistance to the One World Government, which is critical to the planners of this new Tower of Babel (whose efforts are a de facto attempted assault on Heaven)

As you know Henry, all of this is pre-designed, with the same people managing both East and West behind the scenes.

Am I missing something, or does Beecham contradict himself?

He states, "With all this occurring, I do not see any inflation. On a personal level, my cost of living has not been going up. I save hundreds of dollars a year in gas, prices in the grocery store (save beef - and that has levelled off) have not been going up as much as some of the doomers say, etc. The real economy is in poor shape, as spending power continues to wane."

Who in the real world gives the slightest damn about the price of gold? Not only is the stuff practically useless as a commodity, it is the most manipulated bunch of bull in the history of the world to keep people thinking inside the lying financial Rothschild cabal world of criminal usury as the be all of world economics while it continues to suck dry all wealth created in practically the whole world into the strong holds of that cabal.

The problem is, as always, governments allowing private banks to create their nations' medium of exchange as debt with usury owed to those bankers. It's the conveyor belt of all wealth to those criminals calling themselves "bankers." That's all this guy is talking about, i.e., there's not enough usury to keep the flow of wealth going to the Rothschild cabal fast enough.

Guys like this, who are short sighted down to playing the fixed Rothschild game, are worthless. What criminal usury has always done it will always do. The only way to change it is to kill it and establish honest money. Any government which continues to refuse to do that deserves instant destruction and must be followed by honesty in money creation.

Since Mr. Beecham’s article appears on your web site is this an automatic endorsement of it’s content? I find no disclaimer to the contrary. How many rocks did you have to turn over to find this gem of nonsense? No inflation at the grocery store is a statement of pure ignorance or a calculated attempt to continue the lies of the government he supposedly speaks against. The price of gold and silver has been under someone’s control forever and has NEVER been allowed to be ‘market driven’. Gas prices are down because of OPEC’s stated desire to drive America’s oil production capacity to zero so they (OPEC) will be the only game in town. It would be highly disappointing for you, Henry, to agree with most of what was said or any conclusions drawn.

I am used to annoying people with vested interest of one kind or another. I post Beecham because he is credible.
He called the ugly decline in gold in April 2013 when it was over $1600.

I am not a market maven myself.