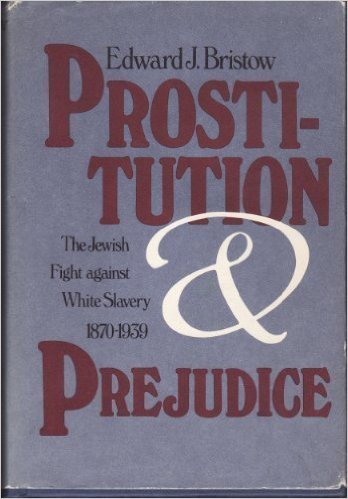 A 1982 book by a Jewish scholar documents

in prostitution. It confirms my view that Judaism,

defined by Cabala and Talmud, is a satanic cult masquerading as a religion and explains why prostitution has been accepted as "sex trade."

by many Jews to shut it down, as many of

the victims were Jewish women.

"Many of the Jewish criminal underworld figures apparently saw no gap between their day-to-day activities and their religious lives, often maintaining their religious obligations."

Prostitution and Prejudice: The Jewish Fight Against White Slavery 1870-1939

Excerpt from a Review that appeared in the now defunct

The Jewish Tribal Review.org
All page references i.e. [5] are from Bristow

At the end of the 19th and beginning of the twentieth century, Jews were deeply involved in what was popularly called "white slavery" i.e. international prostitution rings.

"Between 1880 and 1939," notes scholar Edward Bristow, "the Jews played a conspicuous role in 'white slavery,' as the commercial prostitution of that era was dramatically called. Not only was this Jewish participation conspicuous, it was historically unprecedented, geographically widespread, and fraught with collective political dangers." [ 1]

Rooted largely in Eastern and Central Europe where they "dominated the international traffic out of the area," [2] Jews were involved in prostitution rings that networked, wrote Arthur Mora (of London's Jewish Association for the Protection of Girls and Women) in 1903, to "almost all parts of North and South Africa, to India, China, Japan, Philippine Island, North and South America, and also to many of the countries of Europe." [1]

"By 1900," says Bristow, "Jewish commercial vice was largely incorporated in underworld elements and many of its participants were predators of the poor." [89] Jewish pimps, procurers, and traffickers preyed mostly on non-Jewish women, but even large numbers of Jewish women were part of their stables. 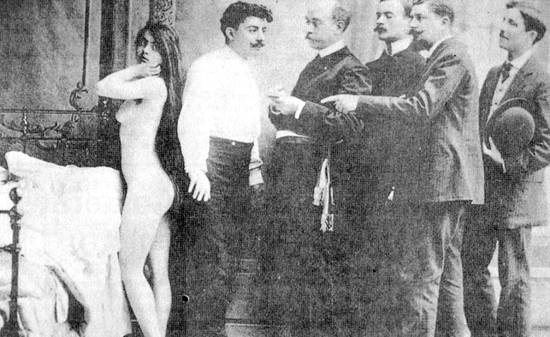 In 1872, for example, Jewish prostitutes in Warsaw numbered 17% of the known prostitution population, in Krakow 27%, and in Vilna 47%. [23] Within the Jewish community itself, it was not uncommon for recruiters to marry innocent Jewish young women and "deposit them in foreign brothels." [25]

Many of the Jewish criminal underworld figures apparently saw no gap between their day-to-day activities and their religious lives, often maintaining their religious obligations. A Warsaw thug, Shilem Letzski, organized a small synagogue for Jewish "prostitutes, madams, pimps, and thieves." This criminal community even had a rabbinical court "to settle disputes between pimps." [60]

Dr. Louis Maretsky, the head of the B'nai B'rith in Germany, forlornly noted in 1912 that at least 271 of 402 prostitution traffickers on a Hamburg police list were Jewish; in reviewing similar lists for Eastern Europe and South Africa at least 374 of 644 were from the Jewish community. [56]

Concerning Galicia, Maretsky wrote that "the prominence of Jewish traffickers and brothel operators there is no doubt. From the files of the Austrian and German police there were 111 Jewish traffickers active in Galicia and the neighboring province of Bukovina for 1904-08 alone." [56]

The grievous political dangers for local Jewry in the context of enduring interethnic hostilities, when 78% of the rest of the women were Gentile, many indentured in Jewish houses, is obvious.

Further in the West, 16 of 19 licensed brothels in Warsaw were run by Jewish women, prostitutes in the low-class establishments were expected to service 40-50 customers a day, up to 60-70 on Holy Days. In 1905 the respectable part of the Jewish Warsaw community rioted against the brothels; 40 whorehouses -- legal and illegal -- were reported destroyed, 8 persons killed, and 100 injured. [61]

In Minsk, Jews ran all four legitimate houses of ill repute. In the Russian province of Kherson (which includes the city of Odessa) 30 of 36 licensed brothels were Jewish-owned. The American Consul in Odessa wrote in 1908 that the "whole 'business' of prostitution is almost exclusively in the hands of the Jews." [56]

Martin Fido notes another genre of Jewish Eastern European profiteer in the prostitution world, in England: "Latvian ponces accompanied [prostitutes] to help them cross borders and find accommodation and working premises. These men were despised by police and by some of the criminal fraternity for 'living off immoral earnings.'

But they were not pimps ... They were effectively travel agents, couriers and managers in strange and unfriendly places. Their arrival in London ensured that a major strand of prostitution would be controlled by organized crime. 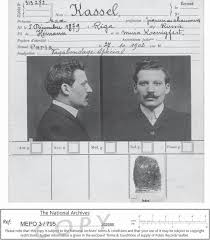 One of these Latvians, Max Kassell, was still running a small stable of hookers in the 1930s, when he was murdered in Soho ... Jewish dominance of the East End [of London] and its crime was reflected in their Yiddish name, 'spielers' (places for games).

In the Brick Lane neighbourhood, Isaac Bogard, a Jewish villain whose swarthy complexion and tightly curled black hair earned him the nickname 'Darky the Coon,' extended his interests. He began in the early years of the 20th century by supplying muscle for street traders who wanted to prevent newcomers from moving in, but he moved on to managing prostitutes and drinking clubs."

Jewish author Chaim Bermant noted in the Jewish Chronicle in 1993 that "In the same period (1903-1909), 151 aliens [in Great Britain], most of them Jewish, were convicted for keeping brothels, and 521 for soliciting ... Rabbi Avigdor Schonfeld ... protested that to draw attention to the existence of Jewish prostitutes harmed the good name of the Jewish people." [JEWISH CHRONICLE, 1-15-93]

The Jewish prostitution business extended from Europe across the world, where it sometimes overlapped with French, Italian, Chinese, and other rings. In the Punjabi (Indian) capital of Lahore, "Jewish pimps were in the habit of leaving their women penniless only to reappear after workers had accumulated some money." [BRISTOW, p. 195]

In Rio de Janeiro Jewish immigrants from Russia, Poland, Hungary, and Romania were so much identified with prostitution in the late 1800's that "the kaftan, a Jew's traditional long gown, became synonymous with pimp." [113] Thirty-nine Jews were expelled from Brazil in 1879 for soliciting women for prostitution and running illegal whorehouses. [BRISTOW, p. 114]

Of 199 licensed whorehouses in Buenos Aires in 1909, 102 were run by Jews and more than half the prostitutes were Jewish. [FRIED, p. 71] 4,248 Jewish women were registered for licensed brothels in Buenos Aires between 1880-1913, and those represented only the licensed ones.

Edward Bristow estimates that 9,000 Jewish women immigrants came to Brazil in a 25-year span in that era as prostitutes (many were no doubt highly transient), when the total Jewish population of Argentina, Brazil, and Uruguay combined amounted to less than 60,000 people in 1910. [119]

Incredibly, even in Germany, where Jews have such a horrible history, such Jewish-related problems still bubble beneath the surface. In 1994 a US News and World Report reporter noted the observations of a Frankfort policeman patrolling Precinct 4:

"'It's all owned by Jews,' [Bernd] Gayk says of the train station's red light district. 'Practically everything in this area is owned by German Jews. There is a single cabaret here owned by a German, but the rest belongs to the Jews.'" [MARKS, J., p. 42, 44]

In Canada even the disproportionately Jewish Supreme Court has accepted the normalcy of the term "sex trade", with nary a critical observation about the financial coercion (artificially maintained in the face of the most spectacular technological progress in history) that impels most prostitutes into the "business". They are collateral damage in the system of universal enslavement imposed on society under the socialist rubric of "full employment". Arbeit macht frei? Really?

In Canada even the disproportionately Jewish Supreme Court has accepted the normalcy of the term "sex trade", with nary a critical observation about the financial coercion (artificially maintained in the face of the most spectacular technological progress in history) that impels most prostitutes into the "business". They are collateral damage in the system of universal enslavement imposed on society under the socialist rubric of "full employment". Arbeit macht frei? Really?