Tips from a Pioneer Homeschooler 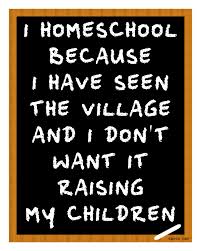 Veteran patriot Tony Blizzard responds to Keoni Galt's
article on homeschooling being corrupted by Illuminati
curriculums.
"My grandkids, now numbered at 14 are all home schooled
and have no problem whatsoever making a living.  When one
is hired somewhere, those in charge of the place soon ask
if any siblings are coming up that they might hire. "
by Tony Blizzard
(henrymakow.com)
Back in the early 1990s, writing articles being one of my duties at Liberty Lobby (which some of us morphed into American Free Press when LL was unlawfully shut down by a federal bankruptcy court) and because I had home schooled my own kids (when it was a jail-able offence) I was given the assignment to write a "pull out" on home schooling for The Spotlight, LL's weekly.
But I had no end of difficulty because the editor and the owner both wanted information on the various home school plans already on the market by several organizations.  I had to fight like hell to give parents the idea that there was absolutely no need to follow the Prussian sit down education to make happy little cogs in the capitalist wheel, making certain every kid learned NOTHING except what every other kid learned, like telescopes all aimed at ants and locked on them only. 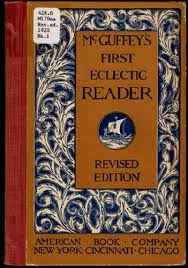 I taught my kids to read first, using what was being reproduced at the time: McGuffy's readers. They did have morals in their lessons and there were straight out phonics.  Reading is the key.
In those pre-computer days, much less Internet, I then introduced them into dictionaries and encyclopedias.  A couple of my aged aunts, when they visited, were flabbergasted  at my small kids' vocabularies.  One of the lessons I gave them to do at random was to simply pick out dictionary words and learn their pronunciations and their meanings.
Little kids find this a fascinating pastime.  They don't even realize they are learning anything.  Too, words they hear in conversation but don't know the meaning of, they will often look up.
As for the encyclopedias, the Internet has made them obsolete.  Today, it is so easy for a parent to simply direct a child to find all information possible on a subject of his interest on the net.  Anyone can get a complete education on almost any subject imaginable today on the Internet, free of charge.
This ability has caused globalist corporations to hire even underage home-schooled kids as experts to simply monitor how they use the Internet.
There is no reason whatsoever to buy some Prussian lockstep planned ignorance.  Let your children use their brains in those early years when they are so anxious to learn.  It will stick and they will profit.  My grandkids, now numbered at 14 are all home schooled and have no problem whatsoever making a living.  When one is hired somewhere, those in charge of the place soon ask if any siblings are coming up that they might hire.
Properly home schooled kids love "school" instead of hating it.  Almost every public school kid I talked to when I worked in one expressed hatred toward it.
In the first place, government schools are totally boring to the kids because of the constant redundancy attempting to keep the most dense in the lockstep.
In the second place, most kids know they are being brainwashed even though they usually don't figure out about what until they are in the real world awhile.  But they still resent it.
BTW, the eight-page pull out I finally was able to put together turned out to be the second highest selling pull out ever published by The Spotlight.  A second, I believe a third, edition had to be printed.
---
First Comment from Bill S:
I want to personally thank Tony Blizzard for his service to humanity. People always thank military veterans for their "heroic" service, but as a Navy vet, I can tell you - it's a menial labor position. Nothing heroic about 99% of it. On the other hand, raising a child correctly IS heroic. My daughter was born in 1990. I received a "welcome letter" from Elmhurst, IL - district 205. I wrote them back and told them to remove us from their database, because they would never get their hands on her. And they didn't.
My awakening came from Sam Blumenthal who wrote NEA: Trojan Horse in American Education. Later it was Doug Wilson's Recovering the Lost Tools of Learning that steered me toward Classical Christian education and the Trivium. My Filipina wife was unfortunately not suitable as a teacher. But I taught my daughter to read on the living couch at 4 years old. 10-15 minutes a day using phonics. She loved it. Even Christian schools can be too controlling. Home schooling with loving, competent parents is best.
I remember The Spotlight and Liberty Lobby. Don Wildmon and American Family Association, Dr. James Dobson and Focus on the Family, James Whitehead and The Rutherford institute, Phyllis Schlaffly and Eagle Forum. Lots of good people and good memories.
First Comment from Kat:
My 12 y.o. son has always had high anxiety while in school. We've been homeschooling but because I chose the unschooling (natural - child lead learning) method/philosophy) The Peel Board withdrew my intent to homeschool and took legal action. I was charged for truancy in June and given a probation order to keep him in school frown emoticon My son has developed depression, high anxiety and panic disorder since then and is just going down hill since he's been forced to attend his local school here. I had taken to him CAMH two summers ago hoping to get him an exemption from school, the psychiatrist said she didn't support homeschooling and she offered to put him on anti-depressants frown emoticon There is no way I'm drugging my child so he can comply. This shouldn't be happening to us, The Ministry of Ed, shouldn't have this kind of EXTREME POWER. I wish we could start a revolution to abolish compulsory schooling. THIS IS ABUSE & VIOLATION TO CHILDREN AND PARENTS RIGHTS.

Comments for "Tips from a Pioneer Homeschooler"

I wanted to homeschool my children, but their mother was vehemently opposed, so they went through the public schools. I did homeschool them in phonics and basic math before they entered and they did well. But by the time they were 12, they had lost all of their curiosity and drive to explore and learn. By the time they were 15, they were unteachable, rude and knew everything. (which some people believe is normal)

My niece's children were, I hate to say it, brats. They would anger their great grandfather to the point that he would yell at them and throw them out of the home. My niece pulled them out of school and started homeschooling them when the oldest was about 10 years old.

In a year's time these children were a joy to be around, curious, lively and well mannered. What a huge difference they were from the little monsters from a year before.

I wish I had homeschooled my children and I wish I was homeschooled too. I'm certain my life would have been very different and more enjoyable.

Thanks for the wonderful article.

It is so true that learning to read is paramount. I meet people all the time in white-collar upper management, who have not read a book since they graduated from college decades ago. They left school assuming they knew everything they needed to know for life but the fact is, your education has just BEGUN when you graduate. If I had made that assumption at graduation, I would never have eventually learned about the pernicious income tax, the Federal Reserve System, real causes of the Civil War, World War II, or even 9-11! From what we know about human behavior, phonics is the best method to achieve literary, which is why the public school system has abandoned it. Western governments are trying desperately to dumb down their populations and turn us back from homo sapiens to neanderthal.

Great article Henry. Public school is simply brainwashing in one way or another. Yes kids need to learn to read. But they also need to know how to access information. I found public school to be boring because I wanted more. Kids really need to learn how not to be slaves.