The Drug Epidemic No One Talks About - Steroids 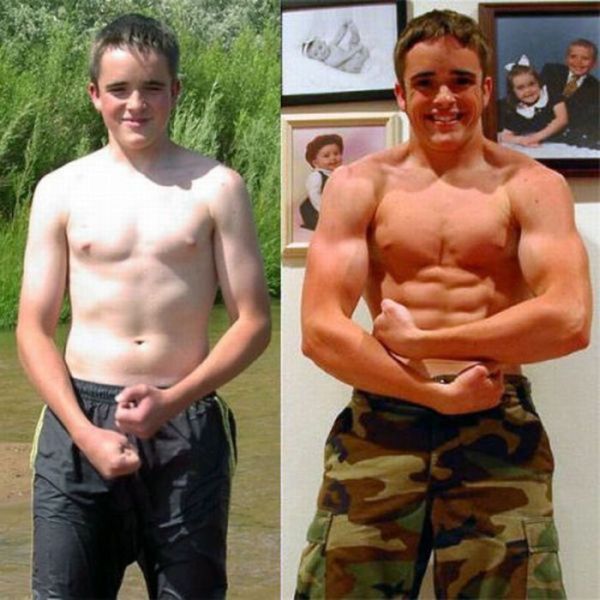 In 2008, steroid users consisted of 50% athletes and 50% regular people. Today, those numbers have skyrocketed to 20% athletes and 80% average people.
From personal experience, trainer Alex Chilcott describes the damaging
and often deadly side effects of the steroids craze.
PART ONE- Personal Trainer Blows the Whistle on Steroids
by Alex Chilcott
(henrymakow.com)
Steroids are one of the most popular drugs next to marijuana and cocaine. They can be purchased through various websites that ship out of Asia, Europe and South America. However, a lot of sites will sell you defective product.
The best place to get steroids is in the gym. However, if you are not introduced by someone with standing, they will never sell to you or admit to using. Though steroids are widely used in the police force, police come into gyms hoping to score themselves a drug dealer.
Generally the top trainers, those with the most bodybuilding trophies are the biggest dealers. In a typical gym, you will only find 1-3 non-users out of 20 trainers. Many of my colleagues, male and female, sold it to clients, members and nonmembers in the club during work hours.
HEALTH HAZARDS
Steroids are highly addictive. Users generally develop bigorexia  (the opposite of anorexia, where is the delusion that you are never big enough which leads to an addiction to getting bigger.) There is a fear of losing the muscle which leads to prolonged use and increased dosage.
Many regulars will increase dosage until it literally kills them. They're the ones who are muscularly oversized (like Arnold Schwarzenegger or the Hulk) with some skin discoloration making them look red or even purplish in the face and sometimes body.  Steroids are nowhere near cheap. Quality steroids can cost from $80 to $160 a vial, sometime much more.
I witnessed a friend use a very/super masculine steroid in high doses. He was weighing in at 112 lbs, resembling an Ethiopian long distance runner.  Within 2 weeks, he was 185 lbs. I could not believe my eyes. I had never seen anyone grow like that even with the use of steroids.  Two week later, he came to me sick as a dog, pale, emaciated, eyelid puffy and lips blue like he'd been living on Everest.
He told me all about his use, his high dosages, as well as how he could no longer sleep due to pain. Even holding down food had become difficult and what he could would just go through him. I introduced him to a sports doctor. Naturally they did blood work, and ran tests. The next day he was in the hospital hooked up to a dialysis machine; one kidney had shut down completely and the other was barely working.
They couldn't even take him off the steroids for fear of what would happen once his hormone levels drop and immune system stopped working. He passed away 2 months later. To this day, some of his family and loved ones still don't know that he was a user.
EPIDEMIC
In 2008, steroid users were 50% athletes and 50% regular people. Today, those numbers have skyrocketed to 20% athletes (pros you see on TV, not models and bodybuilders) and 80% regular people. Take a look around you. Why is it so easy to become a Mike Tyson lookalike? It's in the Olympics; it's in our sports; it's made its way into high schools, colleges and universities. It's in the prison system. Now, thanks to fitness establishments, it's in your local neighbourhood.
Whenever I enter the gym now, I recognize the users. The numbers have increased dramatically. Steroids are being sold and used daily by newcomers both male and female.
All of my clients use steroids with a few exceptions. Everyone wants to compete in bodybuilding competitions and have their five minutes of fame. They quickly realize they have to use because everyone else is. Steroids are such an effective drug that you will never win first place without it.
When you walk into a gym now, 90% of the trainers are on it, especially the popular and well established ones. Looking at people who are in great shape, it's also 90%. That's not to take away from the naturals who work brutally hard in the gym.
CONCLUSION
I don't have the power to stop people from using but maybe I can educate people on safe use and the truth. It is possible to achieve prowess naturally but it's hard work and no one wants to do hard work. They want it fast and easy. We live in a fast food era, where everything is at our finger tips and now that fitness has become a big trend, people want it fast as well. All kinds of products with false promises capitalizing on peoples insecurities and need to look good. It has nothing to do with health, but money and beauty.
Be warned, when you decide to put this garbage in your body, that you are literally signing your own death wish by dramatically removing years off your life. 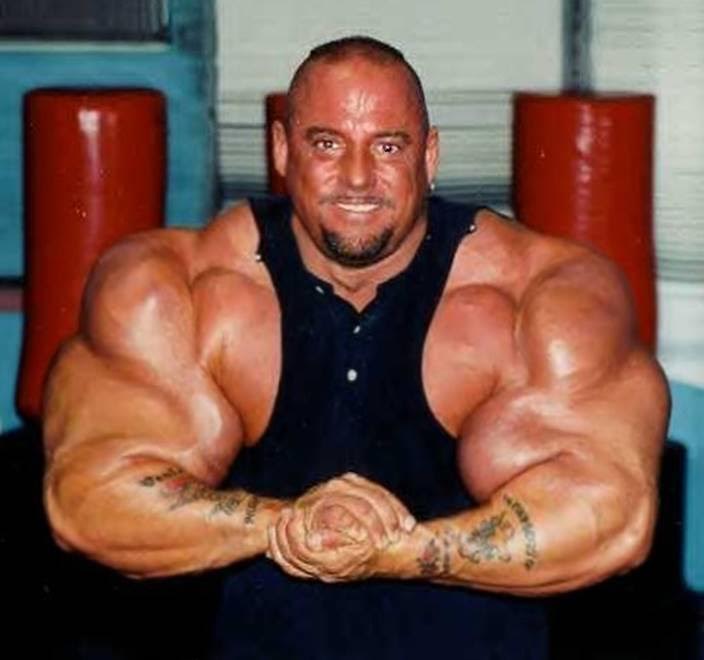 First Comment from Ann:
The steroids "epidemic" is not talked about because there's money in steroids. Not for the regular gym rat that wants to buff up. Mainstream celebrities use them, a lot! Any woman celebrity with small to zero amount of breast uses steroids. Kelly Ripka, for instance. Demi Moore, Miley Cyrus, Rachel Zoe, Tori Spelling, etc. And they sit around talking about how they stay in shape, what they eat, drink and gabble the endorsement money from companies paying them to trout their products like weight-loss supplements, exercise equipment, work-out clothes.
Thanks for article.
Dan writes:
The wise will see a correspondence between the steroid fad, and Wall Street investment culture.  The hook is the promise of fantastic gains that can never be achieved through labor alone.
I went to gyms for thirty years without any temptation to try steroids.  The catastrophic side effects of longterm use was well known. I could always tell who was using them.  I'd see new members come in skinny or formless.  After a month you'd see their arms, calves and necks inflate like balloons.  But I also noticed their behavior change.  They'd come in on the timid side of normal, and within two month the same guy would act like a jerk.  The 'juicers' also cliqued when enough of them were in the gym, talking loud and intimidating people.
The ones I knew didn't resort to steroids because they were lazy. Steroids can't give you washboard stomach muscle tone.  All it does is produce mass.  No matter when I dropped by the gym, these guys were there, working hard.
People resort to anabolic steroids when they want to get bigger than is humanly possible for them without it.
It's a Faust's bargain because they only get you there temporarily. Soon as the user quits, all that extra mass turns to flab.  Yet if they don't quit, the side effects will cripple and kill them.  It's a bit understandable that real athlete would risk using them to insure a few multi-million dollar seasons, but to do use it just to look in the mirror is symptomatic of Narcissistic personality disorder.
Our society's common sense is gone.   I saw juicers in the gym who were built like lumberjacks,  yet they wouldn't know how to change a flat tire.

Comments for "The Drug Epidemic No One Talks About - Steroids"

My son went to school with a student who was into sports in a big way. Wrestling coach had him on steroids. I tried to convince his mother to protest this but she felt 'if the coach recommends this it has to be safe' attitude. I noticed a change in him but they were things I could not really prove and was pretty much a target for ridicule.

A couple years ago my son's friend committed suicide during a time of depression which he experienced for who knows how long. This seems to prove in my mind steroids are not what they are cracked up to be.

Did you know Hitler used steroids to build up his army? Food was a premium and he encountered a young doctor who told him of his father's formula of building up the body without having to worry about food. He was working on it in the 1890's and with an economic depression had to stop his work. He did, however, put it in a vault for safekeeping.

Hitler was excited over this information and requested the young doctor to get the formula and perhaps it could be used for his building a stronger German Army.

When my son was taking his Para legal course he decided to do his thesis on steroids. At first information was a premium to locate. Finally, he went to the archives of the U of A and found this particular book. I was typing the papers for him as he worked and went to school and time was scarce for him. I couldn't believe my eyes when transposing the information. He went back to get the book checked out again and it was never to be located again. Disappeared! So, obviously what I say can never be proven but I do know what I read from my son's papers and referenced the book along the way.

The first time through that article I completely missed a key point of it. Wasn't all that interested since my generation was the last in the U.S. to grow up doing chores, often hard work chores such as mowing yards with the old reel type push mowers which took all of a half grown boy's strength to get the job done. And mowing chicken yards with a scythe. Not to mention normal farm work. Then, too, in our early work years most was still hand labor. We were the last to have normal bodies with well developed natural strength. Weight lifting and working out were totally unnecessary in sports, injuries to players was not common while eleven guys played both sides of the football game with very few substitutions and major league baseball teams each had three starting pitchers who usually also finished their games. There were few pansies around, maybe the banker's son. He was likely the only boy with any fat on his body also.

But the writer of the article you posted mentioned cops as major users of steroids. Of course! That explains why so many are so quick on the uptake of being militarized by the federal government; why they have stopped being lawful peace keepers (the original title in all our constitutions only changed since WW2) and now glory in being "law enforcers" while they consider themselves above any law and brutalize people who have no recourse to protect themselves. The attitude change comes with the steroids and government permission. One can accurately say America's cops are now myrmidons on steroids.

Good article on steroid use. The further we drift as a society from morality, the more we seem to obsess over vanity, style, and appearance over all else.