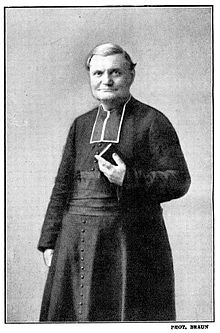 Amen, Henry.The Vatican is under the control of the Enemies of Christ and as prophesied by Our Lord in Luke 18,8, Faith is almost non-existent!

Wonderful post, Henry, thanks for that. And thanks to Mary for that enlightening information. So how HAS that completely-closed-and-secret-conclave thing worked out? We all know the answer - tragically. Every time, EVERY time you post an article about the Church's war with Freemasonry, you get, among the first commenters, the same line of remarks from those steeped in anti-Catholicism (and ignorance of the subject). "The Church is a more evil institution than the Masons." "It's like the pot calling the kettle black." "Looking to the Church to vanquish evil is like looking to Satan to vanquish evil." Blah, blah, blah. This is exactly the mindset the Masons WANTED to foster in the West. The differences between the two institutions and their goals and purposes couldn't be more stark. "Lift us up" or "drag us down" is right!

To Darrell: Read your scripture

Matthew 16:18 "You are Peter; and upon this rock I will build my church, and the gates of hell shall not prevail against it.

Memo to: Darrel, [below]

The freemasons were successful! In 1914 on August 20th Pope Pius X died supposedly of a broken heart. Not 24 hours before, the Superior General of the Jesuits , Father Wernz, a German, died, also, allegedly of a broken heart. Not two weeks later, one of Pope Pius X's sisters who took care of him, also died, again, of the ever fatal, broken heart. Don't believe me? You don't have to. I ripped this from the archives of the New York Times, August, 1914. Archduke Franz Ferdinand died less than two months before on June 28th, 1914. Pius X was frantically attempting a rapprochement between the disputing parties, to no avail, when he suddenly died.

The rules of the conclaves (the meetings that elect the popes) are set by the previous reigning pope. The Pius''s rules for the next conclave were set in January of 1905 -- and most unusually were to be held in secret until the death of Pius X. As my husband put it, rules made in secret can be changed in secret. Never before had the proceedings of a papal conclave been proposed to be held forever in secret. And that I believe is exactly what happened. Catholics have an obligation to follow a true and validly elected pope. The proceedings of the conclaves prior to 1914 were publicly known, before, during and after the conclaves. Beginning with the 1914 conclave all the proceedings, before, during and after the conclaves were supposed to be held in strict secrecy. Pius X crafted several oaths in order to maintain Catholic loyalty to the faith. One of those oaths was the oath of a cardinal. No where in that oath is any mention made of maintaining secrecy during a conclave. If secrecy had been of paramount importance to Pius X he would have mentioned it in his Cardinal's oath. Freemasons live by secrecy, especially at their meetings. Faithful Catholics cannot possibly know whether the canonical rules were followed at the conclave of 1914 to elect a true and valid pope. This invalid election effected all subsequent elections, to this very day.

Msgr. Jouin is said to have been the investigator who approached Emperor Franz Joseph of the Austro-Hungarian empire to veto the nomination of Cardinal Mariano Rampolla to the papacy , at the conclave of 1903, due to his discovery of Rampolla's freemason connections. Cardinal Rampolla died in December 1913. His understudy, Giacomo della Chiesa, became Pope Benedict XV in September of 1914, at a conclave whose secrets will forever be held by the participants but unknown to the people for whom the knowledge is most necessary - the Catholic faithful.