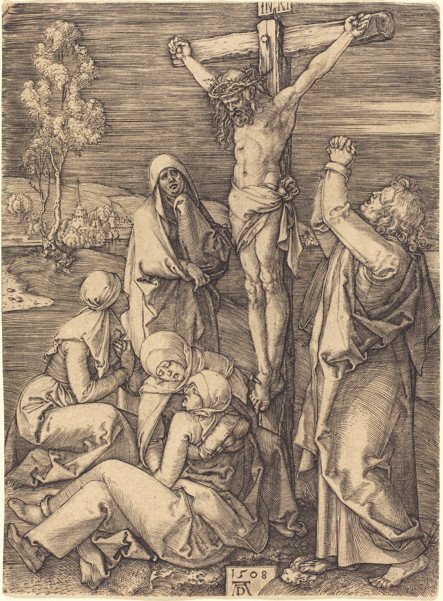 It's time Jews "own" Christ's Crucifixion.

In private, they boast of it.

The Chosen People do not believe in God.

The essence of Judaism is

replacing God with the Jewish leadership.

Michael Hoffman:  "To assert that the Romans bear the principal share of responsibility for the death of Jesus is a contrived argument motivated by a desire to serve and appease rabbinic and Zionist power on earth. What is there to debate after 1 Thessalonians 2:14-15? "...the Jews Who both killed the Lord Jesus, and their own prophets, and have persecuted us; and they please not God, and are contrary to all men."

Rabbi  Moses Maimonides: "It is a mitzvah (blessing) to destroy Jesus of Nazareth and his disciples." -- Avodat Kochavim

Blaming the Romans for Christ's Crucifixion

In our time of nearly universal apostasy the churches have taken to blaming the Roman authorities for the death of Christ on the Cross while exculpating the Pharisees.

We see this fashion everywhere, from the Vatican to revered American "Conservatives," such as Judge Andrew Napolitano and chat show host Bill O'Reilly of Fox News.

Napolitano wrote: "On the first Good Friday, the Romans executed Jesus because they were persuaded that by claiming to be the Son of God, He might foment a revolution against them...they feared a revolution that would disrupt their worldly power, and so they condemned Him to death by crucifixion." (Jews are not mentioned anywhere in Mr. Napolitano's column, which was published online by Lew Rockwell on April 17, 2014).

Bill O'Reilly, in his book The Last Days of Jesus: His Life and Times A Special Illustrated Edition of Killing Jesus (Henry Holt: 2014), states: "...the responsibility belongs to Pilate" (p. 221). As part of O'Reilly's blame-game he falsely writes: "Only the Roman governor possesses the ius gladii -- the right of the sword. Or as it is known, the right to execute" (p. 221).

Really? Then who killed St. Stephen, Mr. O'Reilly? The Pharisee text Mishnah, in tractate Sanhedrin, gives a variety of types of executions to be carried out by the Sanhedrin. It is true that the Jews could not crucify anyone in Roman territory, but they could execute by stoning, as they did to Stephen. Note that Stephen was stoned after a council of the Sanhedrin had met (Acts 7:54-59).

I remember sitting through a Holy Week sermon by a talented Jesuit homilist who, like the skilled orator he was, lifted his voice at key moments for dramatic effect. At one point in his sermon, this otherwise mild priest shouted, "Pontius Pilate was a thug!" He had offered not a word of disapprobation for the Pharisees, or the generality of the Jews of Jerusalem. It was the Romans who were made to bare the onus of guilt for Deicide. We have witnessed this falsification at colleges and universities, and in Hollywood movies and on television....

THE TESTIMONY OF PAUL

It was by the Jewish leaders' malice that Christ was killed and there was nothing new in that: "This is the heir, let us kill him" (Matt. 21:38). Those who killed Jesus were, by their own testimony, "the descendants of them that killed the prophets" (Matt. 23:31). The spirit of persecution was a tradition with them, descending from one generation to another and Jesus prophesied that they would continue these crimes: "Therefore I am sending you prophets and wise men and teachers. Some of them you will kill and crucify; others you will flog in your synagogues and pursue from town to town" (Matt. 23:34).

St. Paul testified that this was transpiring in his time: they were contrary to all men, that is, hindering the course of the Gospel appointed for humanity's salvation and despising all other nations in comparison to themselves. This situation continues in our day, with the difference being that those priests and ministers in our time who call themselves followers of Jesus and imitators of Paul, assist Judaism in hindering the course of the Gospel.

In the next passage in Thess., v. 16, Paul states that the leaders of the Jews are under God's "wrath" for these actions of theirs. So too are all the ones masquerading as "Christians" who, so as to be seen as respectable in the eyes of the world and its media, and to advance their business, career, celebrity, power or bank account, defend to lesser or greater degrees, the Pharisees, the Talmud, Midrash or Kabbalah, the rabbis or the Israeli Zionism that is the product of these spiritual plagues, these Christ-killing ideologies.

If we are indeed Christians, then it is certainly fitting, necessary and just, to dare to speak as Jesus and Paul did, and to call the ideology of Judaism a Christ-killing phenomenon whose recurrence was prophesied.

Granted, gentile racists do the work of the rabbis when targeting some hapless Judaic child, who did not choose his or her Judaic ethnicity, as a "Christ killer." This is contrary to Scripture: "For we wrestle not against flesh and blood, but against principalities, against powers, against the rulers of the darkness of this world, against spiritual wickedness in high places." (Ephesians 6:12). A synonym for this spiritual wickedness is the Christ-killing ideology. The Romans embodied no such spirituality or ideology. Roman citizenship protected the Apostle Paul. Roman armies fulfilled Christ's prophecy concerning the religion of Judaism by destroying the Temple of Jerusalem.

The Reformation doctrine of identifying Rome as the Antichrist, was a factor in producing the lamentable predicament in which we find ourselves today, wherein the Gospel has been counterfeited and "Rome" has replaced the leaders of the first century Jews as the alleged central malefactor in the New Testament.

Much rabbinic deceit is based on distraction. It is an irony that some Reformation biblicists removed Judaism from principal focus as the primary example of spiritual wickedness in high places, as indicated by the preceding Scripture verses, and, by derogating those passages, replaced Judaism with Rome, a move which continues to disarm Christians of the twenty-first century by distracting attention away from the premier Christ-killing ideology on earth, now as in the first century A.D: rabbinic Judaism.

That Judaism allies with a subordinate, apostate Rome we neither deny nor minimize. But for Protestants to believe that Rome surpasses Judaism in iniquity, or for Catholics to believe the same about Protestantism, is the sucker trap that undergirds centuries of shameful sectarian wars of religion that have pitted Christian against Christian to the delight of the rabbinate, who, depending on the time and circumstances, gave aid to one side or the other, the better to fan the flames of Christian fratricide, and divide and conquer.

We know we are in a world turned upside down when the Babylonian Talmud, with its admission that Jesus had friends among high Roman officials who sought his acquittal, is more truthful than the crooked "Christians" and "Conservatives" who perversely place the main burden of guilt for the deicide on those very officials.

Michael Hoffman is the author of Judaism Discovered: A Study of the Anti-Biblical Religion of Racism, Self-Worship, Superstition, and Deceit, from which portions of this column were excerpted.

Re: Jews Evade Blame for Christ's Crucifixion-
Yes they do, even in the Catholic Church where it was always
taught that the Jews were responsible for Jesus' death. This isn't so anymore - after the debacle of Vatican 11 many things changed including this reality.

One of the documents of Vatican II was called Nostra Aetate. In a Michael Collins Piper interview of Jim Condit Jr. concerning Zionist infiltration of the Vatican, Mr. Condit asserts that this document "exonerated any guilt on the part of any faction of the Jewish people for the crucifixion of Christ."

The interview can be heard on youtube.com: https://www.youtube.com/watch?v=VeYlXEJT1xk