(left, Fatima Noman 17, begs the world to take notice of the travesty taking place in Yemen.)
More than 8,900 people have died in the year-long Western-backed
Saudi onslaught against Yemen which is motivated by a desire to
control a new oil route and acquire Yemen's riches. Western complicity is
another example of its moral bankruptcy, greed and hypocrisy.
Out of Yemen's 26 million people, about 23 million require some form of humanitarian aid, including 14.4 million who are starving.
If ever there was in fact a proxy fight in Yemen, it would be over the control of Bab-el-Mandeb, the world's oil route; Saudi Arabia's proposed, U.S.-backed Hadramawt pipeline; and Yemen's water resources in a region where desertification is a matter of national security.
Saudi Arabia's Slaughter Of Yemen Fueled By Oil Interests Not Democracy
by Catherine Shakdam
(abridged by henrymakow.com)
By continuing to sell weapons to a known violator that has done little to curtail its abuses, the US, UK, Canada, Israel and France risk being complicit in unlawful civilian deaths.
Over 8,900 Yemenis have died in the onslaught, according to Sheba Rights.
Schools, electric grids, water towers, factories, hospitals, cultural heritage sites, NGOs, and residential areas have been levelled by the fury dispensed by Riyadh, earmarked for destruction so Yemenis would be made to suffer absolute destitution. 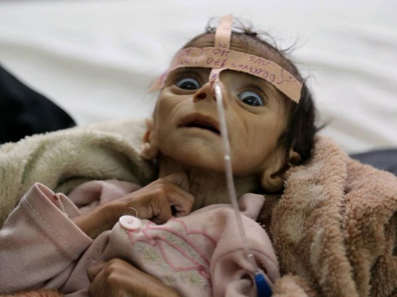 (left, starving child)
Adding insult to injuries, Riyadh arranged for Yemen to be completely sealed off from the rest of the world -- an isolated political pariah which had to be broken and starved before being allowed back into the kingdom's fold as a pliable vassal of the House of Saud.
Dr. Riaz Karim, the director of the Mona Relief Organization, one of the very few truly independent NGOs based in Yemen, attested to the humanitarian catastrophe unfolding in Yemen as a result of Riyadh's aggression.
"Yemen is a veritable humanitarian black hole. I have witnessed firsthand the destruction and the despair civilians have been put through under al-Saud's draconian siege," Karim told MintPress News. "Hospitals have long run out of medicine -- no antibiotics, no anaesthetic, no pain relief in any form."
GEOPOLITICS
A jewel among all geopolitical jewels, Yemen today is to Saudi Arabia what India was to the Crown in the 19th century. Both a bridge and an access point onto several continents, Yemen also happens to possess vast natural resources, rich arable lands, and water. 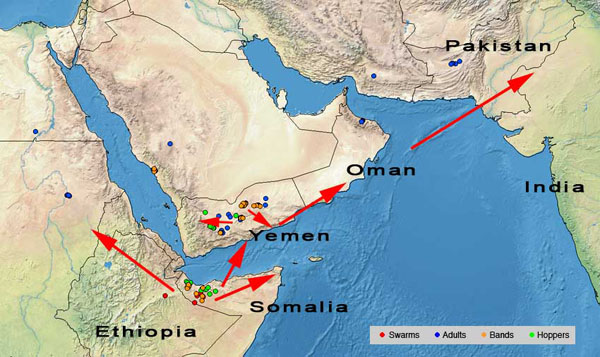 Comments for "West Complicit in Saudi Rape of Yemen"

Re: 'Dan's POV' it should read more like 'the state departments POV' or 'MSM POV'
Pure garbage and utter simple mindness to be polite

Didn't mention that Saudis are widely recognized as the main culprit in the assassination of Yemen's most revered president in the 70's Ibraheem Alhemdi.

Didn't mention how they in fact Saudis supported the separatists in the 1994 war by giving them weapons.

Didn't mention that Islah party/Islamic Brotherhood backed by Saudis and widely known to Yemenis as main financiers and enablers of terror (department of defense assault , mosque bombings, attacks of military and police gathering killing hundreds )in the country.

Didn't mention that 33 year old Houthi leader came to the scene at age 27. A remarkable feat for such a young man with nothing but an army of tribal followers who now commands an entire country whose philosophy is freedom and total sovereignty for Yemen from external reaches including Iran.

Didn't mention that the Israeli neutron bombs and other horrific and internationally banned weapons used on Yemeni for over a year were proved by Israel, US and UK

Didn't mention that that "son-of-bitch" as he called him, Former president Ali Abdullah Saleh was a Saudi backed puppet for over 30 years until his usefulness expired and they along with the IB attempted to assassinate him he became a thorn in their rear.
Didn't mention that the Iran link in Yemen is so weak even the White House acknowledge it.

I can write a book about facts dan left out of his Saudi/Zionist askew paid 'POV'; or maybe I missed a thing or two being Yemeni and living here in Yemen!?

The fact that dan is upset this topic was even featured here on this respected site is visible
In his first sentence "before taking sides in a matter that most readers weren't thinking about when they got out of bed this morning.."

You wish this would be kept under the carpet wouldn't ya?