Are the "Tiao-Kiu-Kao"(TKK) Jews Running China? 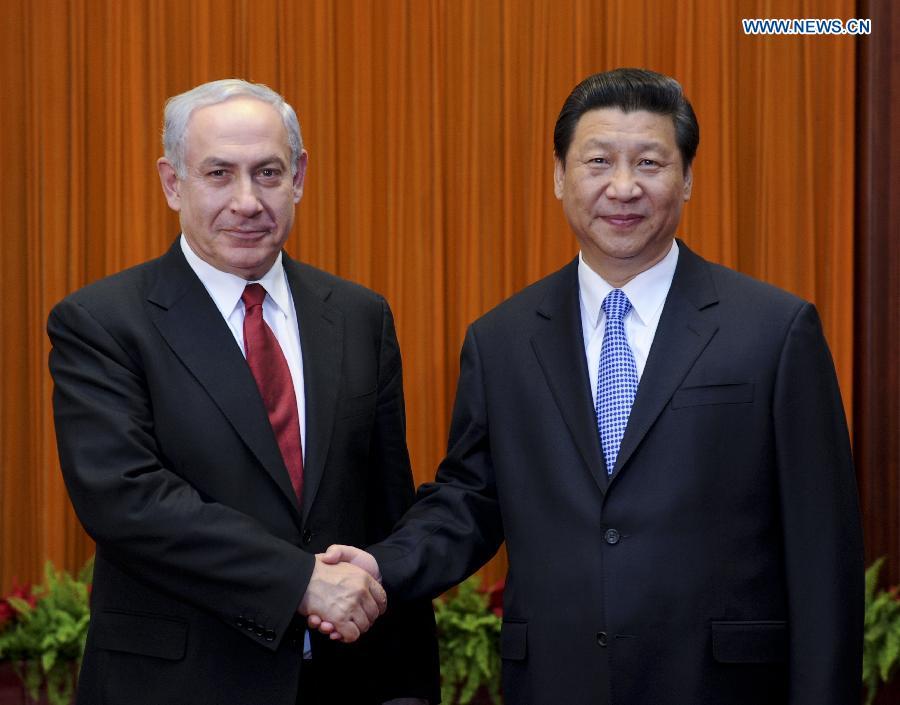 Left. Netanyahu and Xi Jinping, President of PRC. Should we all label ourselves "jews" tomorrow?
The "Library of Political Secrets" series raises the spectre
that an ancient network of crypto Jews of all nationalities
are behind Communism and the New World Order.
by KMG
(henrymakow.com)
In the book series "Library of Political Secrets #4 - Chinese Communism and Chinese Jews (1969)" written under the pseudonym Istvan Bakony, there is a chapter dedicated to the clandestine jews in China, usually referred to as "crypto Jews" throughout the ages and throughout the world. These jews converted to various religions but in secret many of them worshipped the Kabbalah (a satanic heresy of Judaism).  One such example are the "Marranos" who spread across Europe and South America.
After the Jews lost the battle of Jerusalem in AD 70, which was said to be divine retribution for crucifying Jesus Christ, they spread across the globe in their diaspora. Many of these Jews married local people wherever they settled. Hence it is impossible to identify a Chinese, Tartarian, African or Indian Jew by his looks today. 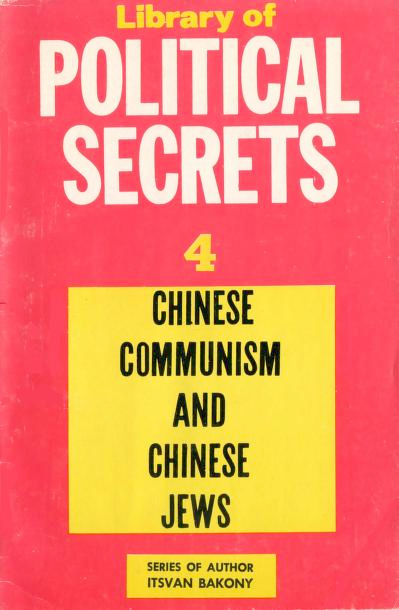 Jews entered China already during the Han dynasty about 1800 years ago and then spread everywhere. The mixed Chinese Jews belonging to the ultra-secret sect practicing black magic are called "Tiao-Kiu-Kiaou" Jews. (This roughly means "those who remove their tendon" during ritual slaughter.) It is believed that these jews exerted a great political influence in China since ancient times. Since many Jews were busy with international trade they could maintain an international network of rich and influential people across the world, something very useful if you have global ambitions.
To get a picture of the hidden historic process of the Chinese Jews we note that in the 13th century book "Travels of Marco Polo": "Some accidental observations...show that jews were sufficient enough to be able to exert political influence in China and Tartary".
The Chinese jews usually converted to Confucianism or Buddhism over time but they worshipped satanic Kabbalah in secret and they passed on their secrets to their  sons when they were 13-years-old. Every Friday they held ceremonies in their local secret fraternity to update the progress of their schemes to take over political, religious, military or commercial power from the gentiles or "goyim" as these people refer to "non-jews".
Jews were expelled from China already in AD 845 during the Tang dynasty, indicating that they were scheming already as elsewhere across the globe. 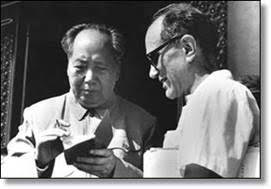 (left, Sidney Rittenburg, one of Mao's Jewish handlers?)
Bakony writes that no outsider knows how many TKK jews there are in China today. The number is a well kept secret among the international Jewry. Someone claimed they had more than two million TKK Jews in China while others think that the number may be many times higher. What is clear in the book is that the TKK jews have infiltrated the Chinese Communist Party (CCP) at the very top levels since 1949. What is also known is that the whole setup of the CCP was arranged in cooperation with Western Jews.
CRYPTO JEWS SPREAD COMMUNISM GLOBALLY
Communism was spread across the world by the black crypto Jewish network, sometimes referred to as "International jewry" -  a global criminal organization practicing black magic.
These people infiltrated all the major countries of the world including the whole Europe, the US, all the middle East, India, China and Japan. With this kind of global network of traitorous people, they became "the chosen" people and have been able to destroy the world as we know it and put an end our divinely inspired civilization. They even think that they are doing good things as they believe that they can usher in the arrival of the Messiah by doing more evil things so that the Universe collapses.
The "Communist Manifesto" states in a famous sentence: "Workers of the world, unite!"
I believe a more truthful version would be: "Crypto jewish traitors of the world, unite!" 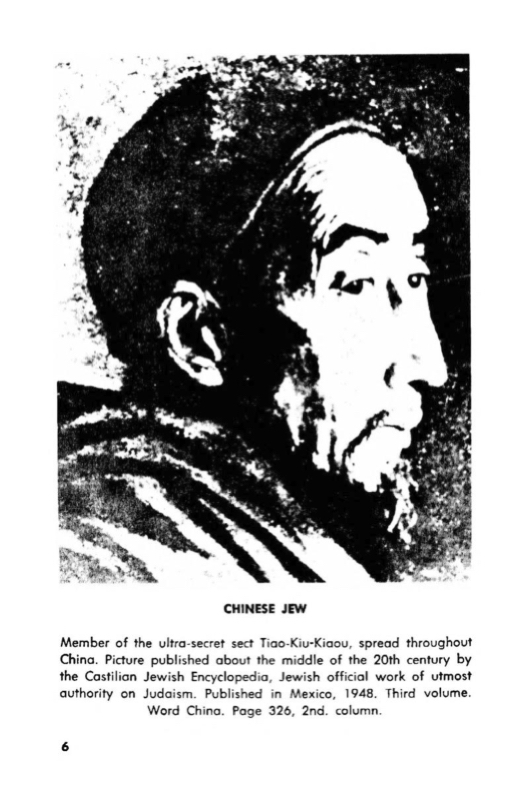 The whole Communist infiltration of the world was carried out by the same type of traitorous people in every country - and they cooperated between the countries and set up both world wars and have been responsible for countless deaths. These traitors parade under various covers of religion like Christianity, Buddhism, Islam, Buddhism, Confucianism etc but in secret they think of themselves as satanist Jews. Of course, their Jewishness is another falsity since they are no real jews whatsoever. The truth is that they first hijacked and destroyed Judaism with their satanic Kaballah just as they later destroyed the other religions and the nations of the world. These people practice "holiness through sin."
DESTROYING TRADITIONAL CULTURE
Since the beginning of the Opium trade in 1831, Jews like David Sassoon cooperated  exclusively with Jews (ie the Kaifeng jews) inside China to destroy the strength of China and its divinely inspired 5000 year old culture. One such example is the destruction of the Summer Palace, called "Yuanmingyuan - Garden of Perfect Brightness" outside Beijing in 1860. It was considered the prime cultural treasure of China, its size being five times bigger than the "forbidden city" in Beijing. The destruction of Chinese culture by the Jews is now  replicated by cultural Marxism destroying the Western culture.
We know from the history books that many western jews such as Sidney Rittenberg, Sidney Shapiro and Israel Epstein "advised" the CCP when it took power in 1949. Today itÂ´s obvious that the whole creation of the CCP was the final step towards creating a "Jewish World Dynasty" with all other countries following CCPÂ´s orders.
We can see it in the UN today, an organization more and more dominated by the Chinese. It seems like Chinese dictatorship is the role model for the other nations trying to create a New World Order (NWO): United Nations climate chief Christiana Figueres said that democracy is a poor political system for fighting global warming. Communist China, she says, is the best model.
ChinaÂ´s dominant role becomes even more obvious when we take a look at a quote from George Soros: "I think you need a new world order, that China has to be part of the process of creating it and they have to buy in, they have to own it in the same way as the United States owns ... the current order."

"I am a Marxist" - is the Dalai Lama also a Jew?
It is no secret to insiders that since several hundred years the Jesuits, the Nazis, the Russian communists, the CIA and the Secret Societies have been interested in occult practices from Tibet and Dalai Lama is received as a King by religious leaders and heads of State throughout the world.
THE ROOT OF MARXISM AND TIBET
The German General Ludendorff said it clearly in the 1930s: "The Tibetan Lamas has emplaced themselves at the head of Jewish and Jesuit secret orders" (Europa den Asiatenpriestern? [Europe belongs to the Asian priests)], 1941).
Theodor Illion expressed in his book "In Secret Tibet" from 1937: "the lamas...are more dangerous than all their cold and hot hells put together". 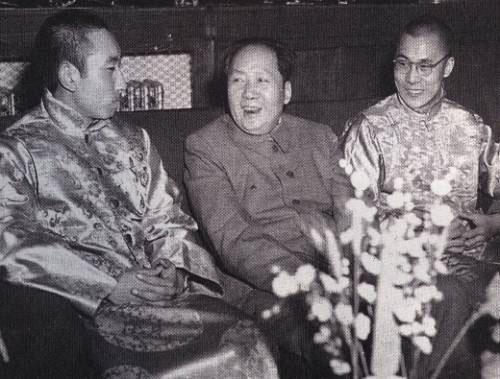 LEFT, Dalai Lama and Mao Zedong having a good time
We also note that Dalai Lama spent almost a year in 1954 with his good friend Mao Zedong before going to India in 1956-1957 to meet their government. After returning to Tibet, he escaped to India again while his home country was invaded by the CCP. Does this sound like a real "God-King" standing up for his own people? What was he plotting in Beijing and New Delhi for such a long time?...
---
Related- Are the Hakkas Literally the Jews of China?
----------------  Are the Jews a Race?
First Comment from Barbara W:
Very interesting and important article, pointing out what few westerners realize: that Jewish Radhanite merchants had been trading with China since at least the 8th century, according to Islamic sources: "They transport from the West eunuchs, female slaves, boys, brocade, castor, marten and other furs, and swords...On their return from China they carry back musk, aloes, camphor and cinnamon..."
Some say that even the famous "Judge Bao", revered by Chinese, was of Jewish merchant descent, and held several important posts as a financial administrator before being appointed as a kind of Supreme Judge. He introduced the first "Beheading Machines" to carry out his favourite method of execution, which ties in with the Noahide Laws, and even persuaded the Imperial Royal Family to let him behead their beloved Prince Consort for financial irregularities.
The early Protestant missionaries to China were attacked by locals who accused them of stealing and eating Chinese babies in cannibal rituals. The baffled missionaries did not realize that the Jews had already been established there for centuries, and they were unaware of Central European legends regarding the Jewish Ritual Murders of Children.

Comments for "Are the "Tiao-Kiu-Kao"(TKK) Jews Running China?"

Your last piece on Chinese Jews amused me. I saw a video of a young Kaifeng Jewess. She said passionately, that if the Chinese didn't look upon her as a Chinese, she wouldn't mind too much, but if the Jews did not accept her as a Jewess, she would be very hurt. And currently, there are several youth from Kaifeng studying in Israel.

The picture of Netanyahu tells a thousand words here and America should take note.

In reality Israel is not under the orders or influence of the US on the international level at all. They do as they please even if it is contrary or threatening to America as a nation. They have been doing it for years by stealing defence secrets and giving them to both Communist China and the once Communist Russia by way of Johnathan Pollard.

There is no reason for America to support Israel militarily or financially let alone war against world leaders and countries that are resisting their Marxist/ Kabbalist world order agenda. It profits America nothing. Israel never has and never will defend America against anything or anybody if it does not profit them first. Israel can survive without America's help.

America is the last superpower left in the world that has not been totally dissolved into the Communism World Order scheme of things quite yet and, this makes them an adversary to people like George Soros and Netanyahu who seek their demise.