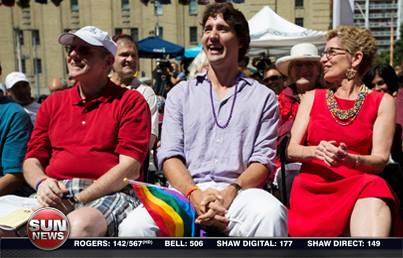 Comments for "The Monster Behind Ontario's Child Sexualization Program "

One day I met here in Toronto a security guard. When he found out I had also been a security guard and had similar views to him he told me something while visibly shaking. He said he had become privy to information through his job of a child prostitution ring operating in Toronto by police and used by police. He was horrified. Then he ran away.

I don't know if that is true but I do know this that when I spoke with a FreeMason about it, I was told that the police have to do such things to find out who the pedophiles are in society. That's when I wanted to also run away.