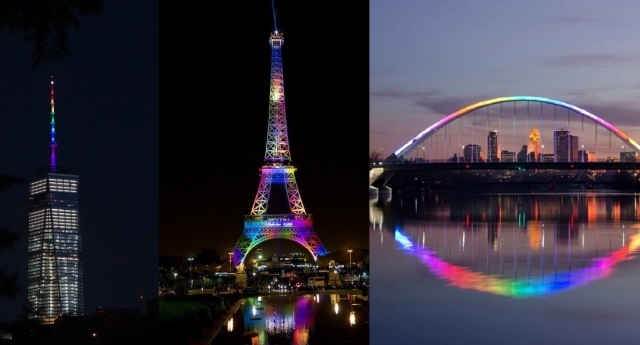 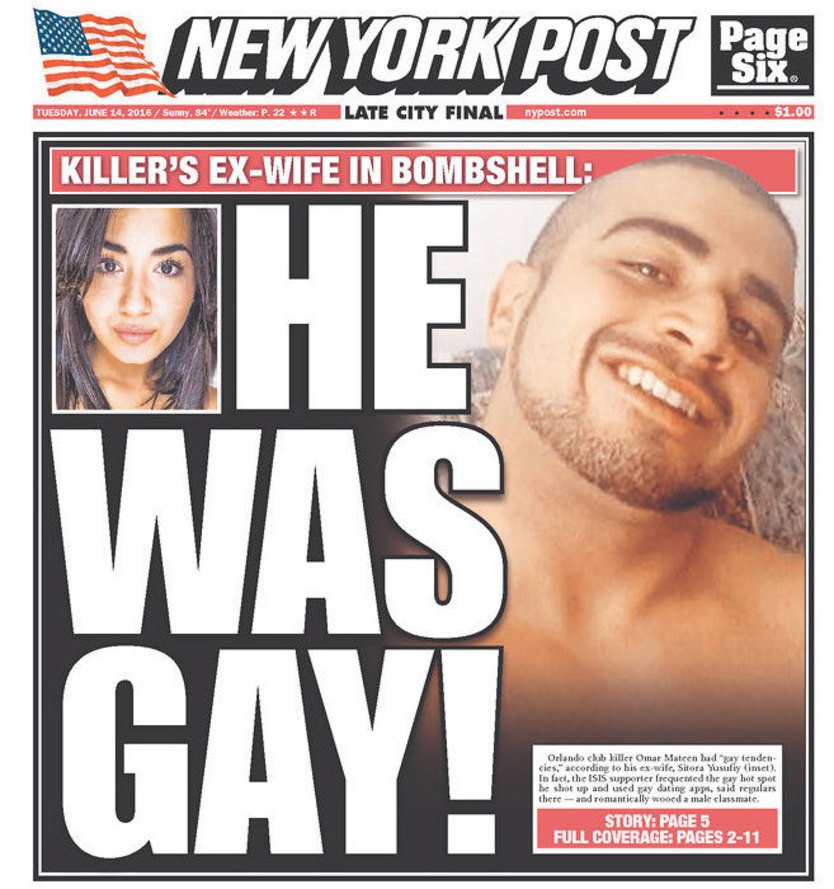 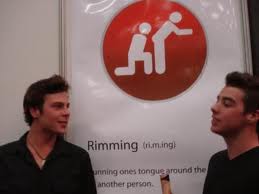 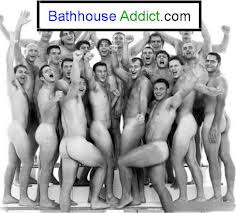 6. As a homosexual, you may enjoy an extraordinary degree of promiscuity. You may enjoy many dozen sex partners in a year; hundreds in a lifetime. "Marriages" are rarely exclusive.
Denis Altman, a veteran of this courageous quest has written: "Large-scale luxurious pleasure palaces where everyone is potentially an immediate sexual partner are a common sexual fantasy; only for gay men they are a commonplace reality...Men in bathhouses rarely talk much, and it is quite common for sex to take place without words, let alone names, being exchanged."
Altman confirms that this is a display of brotherhood:  "The willingness to have sex immediately, promiscuously, and with people about whom one knows nothing and from whom one demands only physical contact can be seen as a sort of Whitmanesque democracy, a desire to know and trust other men in a type of brotherhood."
As well as bathhouses, homosexuals often engage in totally anonymous sex in public toilets - a practice known as cottaging - and in public parks and elsewhere. The personal columns of homosexual publications are crammed full of advertisements advertising the services of male whores - rent boys - and adventurers seeking similarly enlightened individuals for mutual satisfaction. You will never be lonely.
If you have any questions, ask your children. They are taught to do this in school.  That's what the satanist New World Order is about. Inverting sick and healthy. Anyone who objects to this lesson is a "bully" and "homophobe" and will be prosecuted accordingly.
-----
Source- http://www.infotextmanuscripts.org/barons_guide_1.html
Related-   How Many Gay Politicians Are Sociopaths?
----------- Orlando Shooter a Regular at Gay Night Club, had Profile on gay Dating App
----------- Satire on gay Adoption is Exhilarating
------------------ Society Blind to Masonic Jewish Psy War on Heterosexuals

As a Muslim, consistent with my religious beliefs, I oppose gay rights. In practice, this doesn't mean I'm going to go around killing, insulting and harming gays. Islam, in some aspects, is libertarian, in that there is a solid argument that people are entitled to do mostly whatever they want in the privacy of their homes. That being said, there is a significant (and in many ways thriving) gay community in many Middle Eastern countries - even in repressed countries like Saudi Arabia [see this: http://www.theatlantic.com/magazine/archive/2007/05/the-kingdom-in-the-closet/305774/].

The difference between Muslim countries and the Western countries is that most Muslims would NEVER accept making gay behavior socially acceptable, and thus, it is highly unlikely that any Muslim country will make gay marriage legal or promote homosexual behavior as an acceptable practice in the school system (which is the case in some Western countries). So there you have it, keep your socially unacceptable behavior private and no one will bother you for the most part (and again, this is in fact the status quo in most Middle Eastern countries with some exceptions).

ISIS have produced several videos of their members throwing suspected gays off of building rooftops. In Islamic law, there is a point of view that says people that engage in gay sex should be executed (the means of execution is controversial, but that's another topic). However, Islamically, the burden of proof that is required for the implementation of Islam's strictest punishments (executions) is extremely high, that is, several people must have witnessed the act in question. And those witnesses must have impeccable records in the community.

So, realistically, the only time you would probably be executed for gay behavior according to Islamic law is if you had been engaging in gay sex in a semi-public or public location such that several witnesses with impeccable records viewed the act (I doubt that ISIS engages in such thorough due process when conducting their executions). Needless to say, the latter situation is highly unlikely to occur unless a pair of gays are deliberately attempting to be provocative by engaging in a public sex act. Furthermore, the latter viewpoint is a generalization; in the more liberal urban areas in some Middle Eastern countries you'll find that there is much more tolerance for certain acts and behaviors, while in rural areas residents tend to be far more conservative. Moreover, some Muslim countries punish homosexuality with the death penalty, but others do not.

Ultimately, we all have our sins and our dirty laundry but in Islamic society we (traditionally) try to keep it discreet so as not to corrupt society as a whole.

What I'm wondering is. . . How do we reclaim the rainbow? I live in an area of frequent rainbows. When I see one I think of it as a beautiful gift from God blessing our world. I'm not looking up and saying to myself: "Up with sodomy!!" Rather, I'm looking at earth's wonder. Somehow this universal symbol has been hijacked and we need to rescue it back so all humanity may enjoy it without sociopolitical strings attached. I say, Reclaim the rainbow NOW!! But how?

The below link is a very hard read for most, but it is advised that people attempt to see what those who occupy USA plan. The LGBT community should pay heed.

In the video interview, early on, watch her eyes. She is reading her script off a cue card that is off to her left. You can literally see her eyes are reading sentences. Later she peeks at the cue cards, but still one can see she is just playing her role. This interview is fake, the whole story is fake.

I doubt the patsy is even Muslim or gay. I question whether anyone was murdered. Some events are hot, and people are killed, some are not and it is all theater, time will tell which it is. The images from an article a reader shared previously showed NO BLOOD, NO BODIES, just holes put in walls. Yet the same old tired single shooter official story. It is all so worn out. The whole event like all those that came before it, is 100% SYNTHETIC. Lies are the fabric of this big illusion show. The satanics behind it, are all about deception. At EVERY LEVEL. What are the odds that some wacko would commit a crime that fits perfectly into every agenda the satanics need right now? I just do not see such miraculous coincidence ever taking place, like the PNAC that previously needed a foreign enemy, oh so coinvenient eh? I even doubt that this patsy was born with the name now attributed to him. They have in past stolen ID's of people ( as in 9/11), and used different names at different events with their crisis actors. I do not believe anything we are told by any MSM source. It is all scripted. All of it. Without evidence of bodies, NAMES, why conceal names? Death certificates. Signs of blood. They failed to produce even that. I am not believing one word, without some evidences.

I cannot believe there are people out there that still thing news is reality. Guess the fluoride really worked! :(

I could not care less if someone is homosexual or gay. The prevalence of homosexuals and/or gays within the ranks of government is somewhat disconcerting though.

Brilliant. ...If stomach-churning. The only thing I'd dispute is the word "spontaneous" in the introduction. These outpourings of post-psyop "solidarity" are anything but spontaneous...

It's also interesting to me (though it was a while before it dawned on me -- I'm not a literary sort like you, Henry) that the shooting took place in Orlando -- the man who became a woman...

The Kabbalists are gradually taking us back to their idea of the Beginning, the perfect man:
https://commons.wikimedia.org/wiki/File:Adam_Kadmon_-_Androgyne.jpg