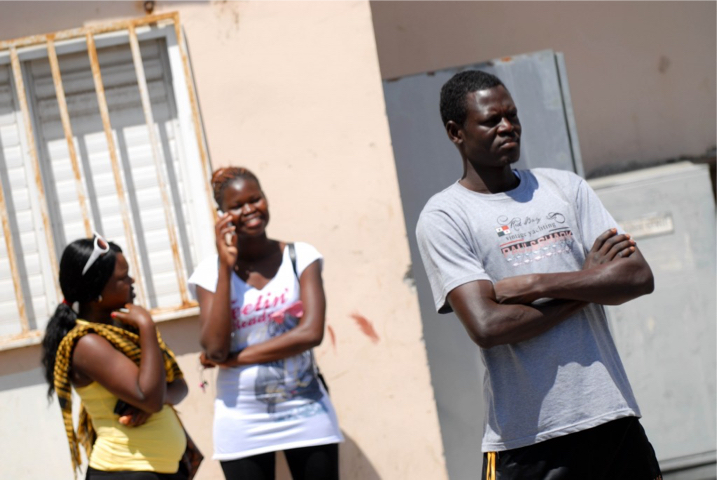 "The decision to flood Europe with combat age savages in a hurry was clearly a major error, probably a fatal one for EU masters."
Europeans have awakened to the genocidal agenda of their traitorous leaders.
by Dan
(henrymakow.com)
We must not forget for minute that the BREXIT referendum was a gamble, a reaction of the political class to losing control of the narrative, and thus the British public.  The Brits have been coming out of the consensus trance they'll been held under for seventy years.  The owners of the Bank of England and the BIS in Brussels only rule as long as the public believe they do. 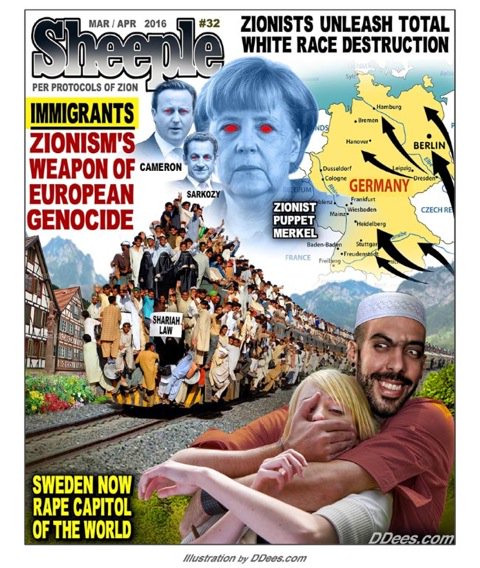 The EU is falling apart because they didn't meet their true goals before the general public got wise to its real agenda.  Too many people know the goals now: the extinction of the indigenous European, and disintegration of the Nations, in the Biblical sense of the word.  The decision to flood Europe with combat age savages in a hurry was clearly a major error, probably a fatal one for EU masters.
Remember; there were nationalist riots in London in May 2015 with the re-election of Cameron. There were riots in 2014.  Cameron gambled that a BREXIT referendum would fail.  If it had, his government could have claimed to beneficiary of the people's mandate and proceed to use force against rising opposition.
We anticipated exactly what to expect for the rest of the year.  Media will blame the British public for the economic collapse that's been in progress anyway.  The Crown will shuffle its deck of puppets to hold onto Number 10 Downing Street.   While eyes are on Boris Johnson initially, he's already under suspicion, so more likely they'll use a new broom.  Probably Tory MP Theresa May. 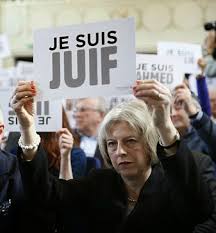 (left, May has been Home Secretary since 2010)
Theresa May is the only Tory who can stop Boris Johnston becoming PM
Her 'cred' is having given a speech against rampant immigration, but when you examine the fine print, she's lying.  Like Cameron, for three years she's been pushing the notion that Britain could have it's cake with the EU and eat it too.  (For a reminder how that sort of thing pans out, see Trump's story about the lady and the snake.)
Here's Theresa May trying to sell some snake oil on BBC in 2013.
Nigel Farage vs Theresa May (06Oct13)  liar politicians
THEY HAVE LOST CONTROL 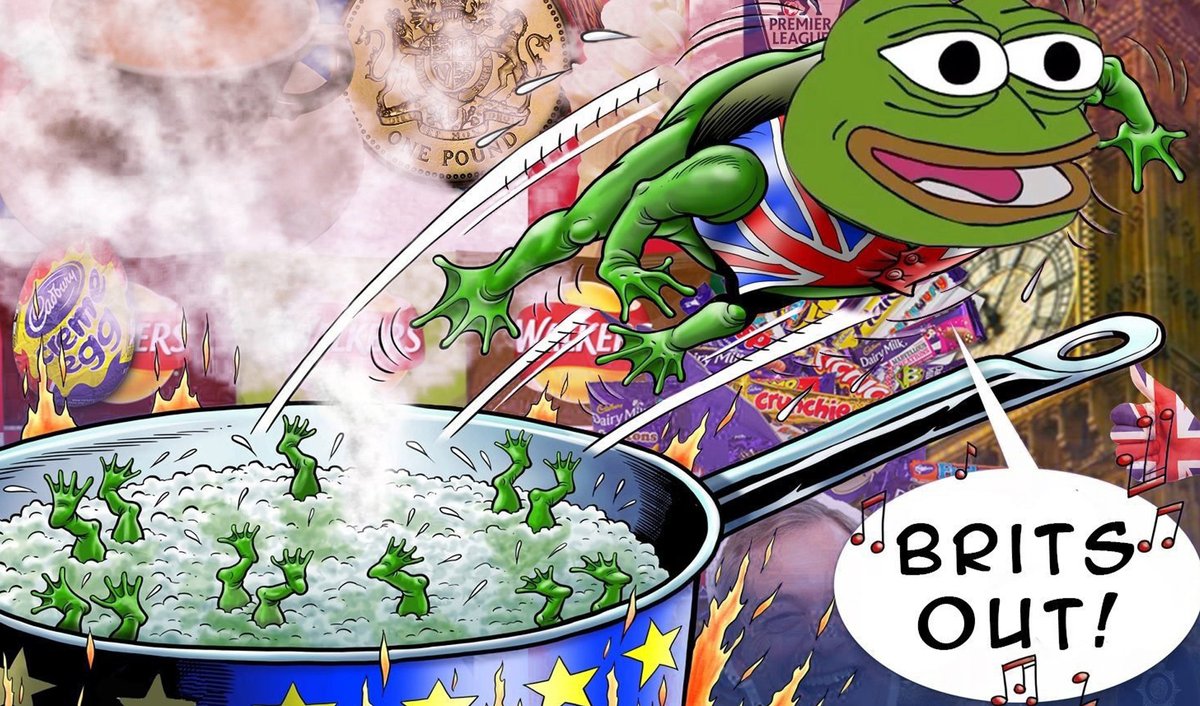 Meanwhile expect the Internet reacto-sphere to fill up with deafest nonsense about how everything that's happening in the UK and Europe is 'under control'.
Nothing could be farther from the truth.  They're sitting on a powder keg and playing with matches.   Why do you think Merkel and the rest of the Continent are trying to speed up the creation of Pan European militarized police?
Never forget that the key to the Pan Europa plan was revealed in it's brainchild's own books about it, 'Practical Idealism' and 'Pan Europa', was to be the breeding out of Europeans through miscegenation and rape to lower intelligence and culture to the point the mass could be more easily ruled by a clique of inbred bankers and degenerate aristocrats.   The words below were written in 1923, and everything that's happened since has essentially been one long World War. 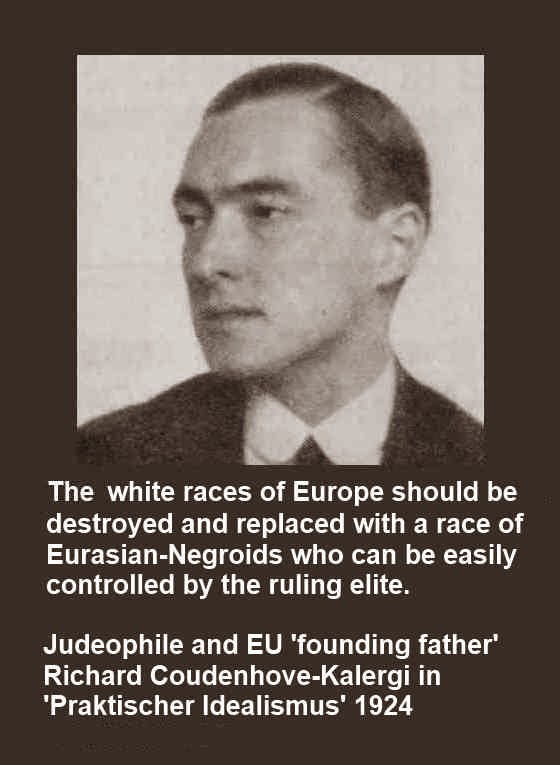 "We are experiencing the most dangerous revolution in world history: the revolution of the State against man. We are experiencing the worst idolatry of all time: the deification of the state."
-- Richard N. Coudenhove-Kalergi
The British frog has been sitting in the pot of water gradually being brought to a boil for decades.  But now it's jumped out of the pot.  Remains to be seen if the "chef" can catch and get it to sit in the boiling pot again.
Related- With so many Zionists in Favor, Can we trust them to implement Brexit promises?
---------- Jew leads UK Brexit Re-Org Unit
-----------------
First Comment from Glen:
God, you don't know how bad I want this article to be true, but for the life of me I just can't make myself believe this was nothing more than another evil scheme by the elites for some purpose we do not yet understand. I have spent my entire life waiting for someone or something to change the direction of not only America but the entire world, and yes I'm still waiting.
In the article  "Brexit False Flag (Part 1): Gaslighting The Public" from the rga website it is
pointed out that: "As always, when the Elites find a situation spiralling out of control, they do not allow events to 'play themselves out', following a trajectory which leads to an undesirable outcome. Instead, they create 'chaos' of some form, then within the chaos they can present their proposed solutions as the 'only' course of action, which allows them (via the Controlled Enemedia) to steer things back in their direction. This is Ordo Ab Chao (Order out of chaos), and the method is known as the Hegelian Dialectic."
As I would so love to hoist a pint and drink to Britain's new found independence, I'm afraid I'm going to have to see what becomes of the whole mess. The proof as they say, will be in the pudding.

All I saw in this article was faith in politicians and hyping of the media's narrative of a "Brexit". It was an unbinding vote and the Bank of England still prints the world's money. How do citizens even know there was a vote?

Because a TV told them so and they threw a piece of paper in a bin. It saddens, embarrasses, and disappoints me that despite knowing from their own personal experiences and lives that people have no power over our political situation whatsoever, people still choose to fantasize about grandeur and look for salvation outside the Lord in politicians and your destroyed culture. You guys are dancing on the rubble as if you have no idea whats going on. Does the author want to recommend a football team too?

"We must not forget for minute that the BREXIT referendum was a gamble, a reaction of the political class to losing control of the narrative, and thus the British public. "

I disagree entirely. Our 'leaders' don't gamble, they have been creating and following agendas, consolidating world power for generations; they would never risk losing that power. Anyone who thinks that they make gambles, really doesn't understand what is going on in this world and is not being perceptive enough, I'm sorry if that causes offence.
The strategy we are witnessing right now is simply different methods to relieve public tension; they are doing this through Trump and more recently through Brexit. They never lose control for a moment, they are simply offering people little distractions and making them think they are making progress against 'them', when in reality everyone is still on their treadmill.

Can we all be mature adults and stop losing sight of who we are dealing with here? These people are demonic and incredibly clever, lets stop being stupid, these people are Freemasons etc.

They haven't lost a fight in God knows how long - a century? They would never let us win any ground, we are in their system.