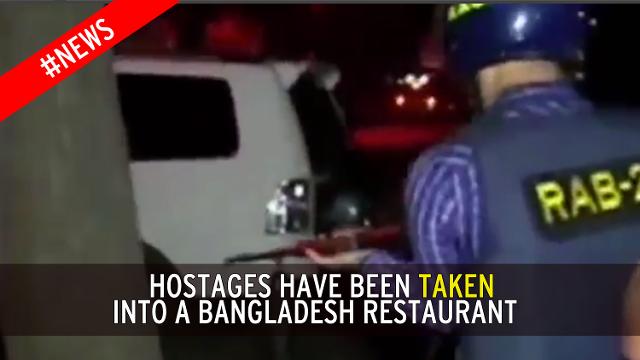 The Masonic Jewish banksters are instigating terror attacks in Asia to prove that the world is under attack by radical Islam and not by Cabalist Judaism.


Al Qaeda/"Daesh"/ISIS are nothing more than a gang of hitmen tied into local organized crime guided by the intelligence services of Israel, India, and the Western world.

By Salman An-Noor Hossain
(henrymakow.com)
Dhaka -Since late 2015, Israeli "counter terror" expert, Rita Katz and her handlers have been saying that "Daesh"/ISIS has taken over Bangladesh although the evidence suggests otherwise that a network of criminal gangs tied to foreign intelligence (Mossad/Mi-6 and RAW) are operating in the country. With the help of MI-6 and Indian Intelligence, the Israeli Mossad want to create the illusion that Bangladesh is another hotbed of ISIS- Islamic terrorism.
Everyone in the Bangladeshi government tried to downplay Katz's insane ramblings until  July 1st 2016 (Ramadan 26) when nine gunmen firing blank rounds stormed the Holey Artisan Bakery in Dhaka shouting "God is Great" and turned off the lights and CCTV cameras. They proceeded to divide the expatriates from the locals and tortured the expats to death using sharp weapons (machetes).
The attackers were armed with grenades, guns, and explosives imported from overseas. They killed two police men and the local SWAT team were too scared to enter the restaurant. Less than 12 hours later, the National Army was airlifted from the Sylhet Region - 150 miles away from the capital and raided the restaurant killing 6 out of the original 9. Only one had been captured live. Two of the original 9 gunmen had escaped a few hours earlier suggesting the original masterminds and perpetrators had not been found (most certainly RAW assets).[RAW - Research And Analysis Wing of India - who work hand in hand with the Israelis.]

The weapons were likely cleared and trafficked via the International Airport, which was taken over by a British Security firm - Redline Aviation Security. The Jewish CEO is Paul Mason of Redline Aviation Security who signed a contract with the Civil Aviation Authority of Bangladesh (CAAB) on March 21st 2016 to take control of security at Dhaka's Shahjalal International Airport.
Redline Aviation Security is under direct orders from the British Security Establishment. Mi-6 directed by Mossad moles sent over close to 40 men to "supervise" airport security "include manning screening points at passenger terminals and the cargo complex".  The government was to fork over 9.34 million USD to the British-Based company to carry out "security management" in Dhaka airport.
The "terrorists" were brainwashed and coerced into carrying out the killings by the ntelligence agencies (most probably RAW since most "terrorist" outfits and cutout organizations in Bangladesh have been directed by that entity.) 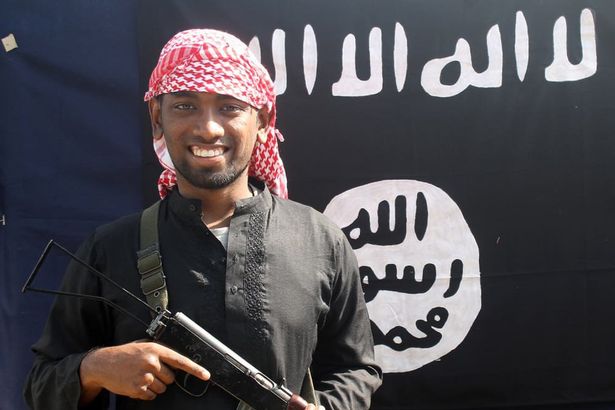 The photo op that was taken by the men in black tops posing with grins took place during the daylight hours a few days (if not weeks) before the attacks. The pictures were shot under bright sunlight. When they entered the restaurant, they were not dressed in the regalia of "Muslim militants" but rather casual civilian gear as images that have been released to the public show below.
Rita Katz and her "counter-terrorism experts" at SITE posted the photo op immediately after the foreign expatriates were hacked to death.

The she-devil has been trying to implicate Bangladesh as a Daesh/ISIS stronghold since the attacks on anonymous foreign expatriates started happening in September 2015. 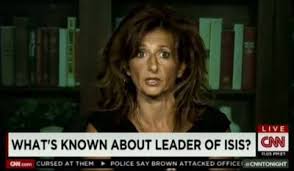 (left, ISIS facilitator Rita Katz)
After killing aid workers and investors, attacks against religious minorities (Buddhists, Hindus, Shi'ites) began. The murderers who were caught turned out to be drug addicts/runners and/or contract killers. Al Qaeda/"Daesh"/ISIS are nothing more than a gang of hitmen tied into local organized crime guided by the intelligence services of Israel, India, and the Western world.
MOSSAD-MI6 COLLABORATION WITH BANGLADESH OPPOSITION
On the other hand, those who killed the blasphemous bloggers and homosexual activists are are connected the Ansarullah (Helpers of Allah) Bangla Team. Many segments of Bangladeshi society are sympathetic towards killing the Enemies of Islam and the Prophet Muhammad and those attempting to promote and legalize the homosexual lifestyle (i.e. organizing gay parades/prides and male homosexual marriages) with funding from USAID and other international donors but innocent civilians are clearly against our range of targets.
The most probable scenario is that criminal elements organized by the opposition to the ruling Awami League Party carried out the attacks in direct assistance with the Mi-6 taking the lead in organizing operations (perhaps with some assistance from RAW in directly controlling and organizing the gang) at the behest of the Israeli Mossad.
A politician in the Opposition BNP party, Aslam Chowdhury, met with Israeli businessman Mendi Safadi a month before the attacks to plan the overthrow of the government. He had been charged and apprehended by the Bangladeshi government. The reason for this covert collaboration between the Israeli Mossad via the Mi-6 with local opposition was to show Bangladesh as being unsafe and secure for foreigners - especially investors and those involved in the development of critical infrastructure. It was done in order to portray the current government in power as being weak and ineffective in taking control of its own internal security.
However, the current government of Bangladesh isn't sinless either in this fiasco either. During the past seven years, the ruling Awami League party has undermined social and political cohesion by clamping down on the political and social rights of over sixty percent of its population.
It has not allowed for transparent elections to take place and during the last two years has held onto power by absolute brute force and physically eliminated thousands of dissidents and rivals (including extra-judicial killings and military coups organized with the help of India's RAW).
Consequently, this led rogue elements in the opposition to collaborate with the enemies of Islam and Muslims (International Jewry and Hindu Extremists/Supremacists) in order to overthrow the government of Bangladesh and facilitate in bringing about a dysfunctional nation state.
CONCLUSION
In a rising period of organized and intense Islamophobia throughout the world, the Enemies of Islam (the usual suspects being International Jewry and their various assets) have decided to take advantage of the internal conflict(s)/division within Muslim societies in order to manufacture terrorism and propagate outright lies against the religion while undermining the economic growth/prosperity, safety and security of Muslim majority societies.
Most people in Bangladesh are now well aware that hidden hands are behind these attacks. The forces behind these operations are failing in this attempt and will soon be made to pay a heavy price for all of their evil conspiracies.