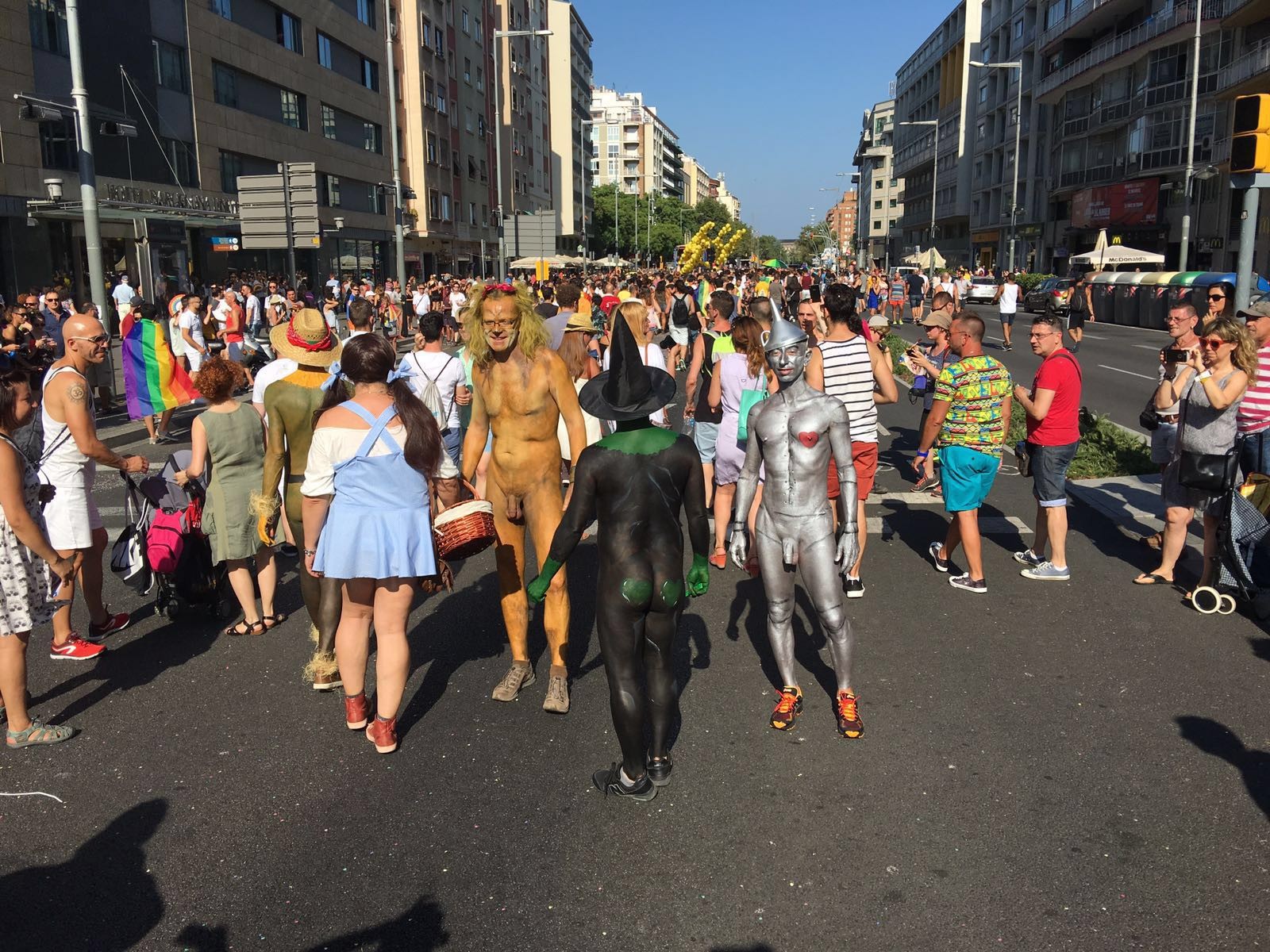 Gay Pride parade in Barcelona. Human beings degrade and humiliate themselves in celebration of sodomy and family dysfunction.

"For fear of political correctness, Spaniards put their heads down. They are unnerved, destroyed, mutilated. They live stiff and pitiful lives; they flinch and turn away. They don't believe in anything, have lost their father's faith and patriotism. Forty years of brainwashing has led them to accept the dissolution of natural law."

IÂ´m a teacher of ancient Latin/Greek in a High School in Tarragona. IÂ´ve been teaching grammar, syntax, translation, Ancient History for 17 years. During these years, I have seen how our politicians have corrupted, destroyed the fine public educational system in which I was brought up.

Indeed, born in 1963, I was educated in a traditional body of Catholic values, such as respect for our parents, respect towards authority, recognition of natural right. Boys were treated like boys, and girls like girls. We were proud of belonging to the first Nation of Europe, proud of being Spaniards, Catholics, patriots. In classroom, teachers behaved as teachers, severe, serious and caring was the norm in those early years of my childhood.

However, when the dictator Francisco Franco died in 1975, the whole political class turned to "liberal democracy" ...Of course, we had more personal freedoms: Freedom of speech, of meeting, etc. There were freedoms to attack the Catholic Church, the Nation, traditional moral, marriage, to mock those who stood for the dignity of the family. It became common to meet people who mocked and scorned national consciousness, Catholic beliefs, traditional mores.

In 1976, hidden gays showed themselves and celebrated the first Gay Parade in Madrid. From those years on, it became "in" to declare oneself socialist, separatist, feminist, pro-abortions...

Everyone seemed lost, astray in this foolish race toward the dissolution of what we had known till then about our Nation. 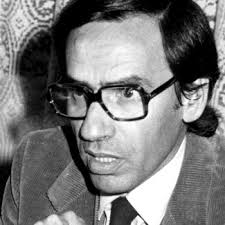 When a leader of socialist PSOE, the winner of 1982' s elections, Alfonso Guerra, said :" A EspaÃ±a no la va a reconocer ni la puta madre que la pariÃ³ " he revealed that every value, custom, faith, tradition was going to be destroyed.

They stayed in the government for 14 years: The result is horrible:

Before 1982, Spain was a safe country. This value of security was one of the stimuli of massive and widespread tourism.

After Franco's death, in 1976, a series of amnesties were offered to "political" criminals. One of those released convict began his democratic life by killing the Mayor of Barcelona and his wife. These releases brought a demoralization of the forces of order and a break down its internal discipline; the police was accused of torture and prosecuted...

In 1984, there were 559.000 thefts, i.e., more than one per minute. At the end of 1985 the number of inmates rose to 24,728 from 10,000 ten years before. The situation of prisons was appalling: evasions, domestic violence, drug addiction, trafficking, theft, sexual aberrations. The truth is that the rate of crime was greater that in the USA.

Every Spaniard is now a "Social Democrat" i.e.: No moral principle, no security about what a man is or a woman, what Spain is....nobody knows what marriage is, what consists education...

You can see the results in no better place than in the school. Youths have became more and more vulgar, sullen, insolent, vain. By focusing on their self esteem, we have created the most illiterate generation of our recent history: 15-16 year pupils are now exclusively concerned with sex, drugs and fun.

As well as Charlotte Iserbyt wrote in her The Deliberate Dumbing down of America, here in Spain we have imported from USA the same harmful seeds that have corrupted our educational system.

Every June, pupils graduate knowing less and less; indoctrinated in a set of socialist, humanist, feminist, nihilist values. The System encourages the girls to dress and make up like sluts, to wear tight garments revealing their private parts; thus, they lose all sense of decency.

My poor pupils donÂ´t even know the meaning of such words like "Decency", "dignity", "pride", "honour". Those girls who donÂ´t abandon their traditional mores are intimidated by bully scoundrels.

The teachers have long lost their former prestige. In their competency, aspect, clothing they look like more a beggar that a teacher; neglected, abandoned, scruffy, they lack self-respect. They tolerate being treated with no respect. Too often, the teacher has to raise his voice over the classroomÂ´s noise level in order to be understood. The more he asks for a little quiet, the less the children listen to him.

I have to defend my dignity day -to-day first of all using my right to speak the language of my State, Spain, Spanish. For, which is unbelievable!, Spanish language is exiled from the region where I live, CataluÃ±a. CataluÃ±a is the unique place in the world where children arenÂ´t taught in the language of the State: thereÂ´s only one vehicular language, local language, Catalan. ItÂ´s due to "nazionalists" who rule the autonomic government.

Secondly, I have to resist the ideological pressure from the rest of my colleagues, who speak in Catalan despite the origin of many of them. 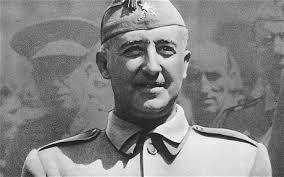 Pressures comes from students whose parents are pro-abortion, socialists, separatists. As result, I have received several letters of complaints over the years from parents, students, in which I am censored for having expressed my opinions, my beliefs, or have praised some aspect of the Francoism.

Indeed, itÂ´s anathema to make any apology of the former regime of Franco. Everyone declare himself anti-francoism; itÂ´s slogan: if Franco repressed Catalonian separatists, now itÂ´s good to be separatist! If Franco hated gays, now itÂ´s wonderful to be gay or at least to have gay friends. If Franco was a Spanish patriot, now you have to hate your own country. ItÂ´s the diabolical argument of "reductio ad Hitlerum".

Change the names, dates, and location and this is the story of every western democracy(or republic)in the world. It is certainly the story of my home country of America. It reads like a laundry list of events that has lead to the destruction of my once beloved home land. The names and faces have been changed, but the Satanist, Masonic, Talmudic agendas are one and the same.

It cannot be said this is just the "awakening of man", for every part of this agenda has lead to the destruction of man. Morality, TRUE love of your fellow man, respect for the principles of natural law, all gone in a few short years. What we have been left with is a society of spiritually sick, self absorbed drones who are unable to think for them selves and see this so called "freedom" is nothing more than a disguised path to another form of slavery, sickness, and eventual death.

So congrats to all who had a hand in this, as your plan has succeeded to unimaginable levels. Your true God Satan, with all help he could wish for from yourselves has proven he is, as Christ himself stated, the true Prince of this world.

the "good old days" that your writer is lamenting in Spain are the Baby Boomers' childhood years and the same conditions prevailed in all Western countries where Catholicism was an influence. Everything was hunky-dory on the outside while behind closed doors repressed Moms were gobbling tranquilizers, closeted Dads were sucking off their lodge buddies and Junior was getting raped by the parish priest.

The worldwide institutionalized pedophilia of the Catholic Church from the 1930s to the 1970s is common knowledge, Henry, as are Franco's ties to Opus Dei and the fact that Spain was a virtual theocracy under Franco.

As a former American liberal, when Franco died in '75, I laughed with friends watching Chevy Chase on Saturday Night Live doing his "...and Generalissimo Francisco Franco is STILL DEAD" routine.

Seeing what's happened to Spain since the LIberals finally "won" in 1975, I've seen the error of my ways and eventually said a long overdue Rosary for one of the last defenders of Spanish Christendom.

Now we understand why the best model of government in history always places the ruler under God. You can say what you like about Franco - but he was always true to that principle. He wasn't a Nazi. He saved Spain from becoming a pile rubble during WWII by staying out of it.

.Socialist destruction, dumbing down of education, skyrocketing crime, females becoming sluts, males becoming queer, the death of decency -- why, it sounds like the United Kingdom!

I remember years ago meeting a Spanish chap (who would have been in his late teens or early twenties) and being told by his Asian sidekick that if I was into drugs, his friend could get anything I wanted, since when he wasn't screwing around with his latest female, this Spanish stud was the stoner's stoner. The sidekick later informed me that his friend's father was something like the Chief of Police in Madrid. What a world.

Having been, often bitterly, opposed over the years for saying that God runs no sort of self government such as protestantism, that He runs a benevolent dictatorship wherein one can do what one pleases but will also definitely pay dearly for it if it is against the wishes of God, I have also been castigated for saying the two best governments of nations in my lifetime have been that of Franco in Spain and Salazar of Portugal, both truly benevolent dictators and both dedicated Christians. During their reigns those nations actually lived peacefully and happily under Christian principles, even though constantly lied about everywhere else in the world where communist/masonic/talmudic/satanic influence was not rooted out as it was in those two nations by Franco and Salazar. Note that Hemingway, glorifier of "Spanish" (totally imported) communism, has been mandatory reading in American schools for many decades.

Today it appears that Putin is attempting to return Russia to religious sanity but he does not have dictatorial power as did Franco and Salazar after they crushed the communist hell which tried to take over the Iberian Peninsula through terror and mass murder of Christians, especially priests and nuns.

This article shows that the satanic conquest has, after the deaths of these great leaders, been accomplished, in Spain anyway.

Has L R written about Spain or Canada ?