Trump - A Paradigm Shift is Happening 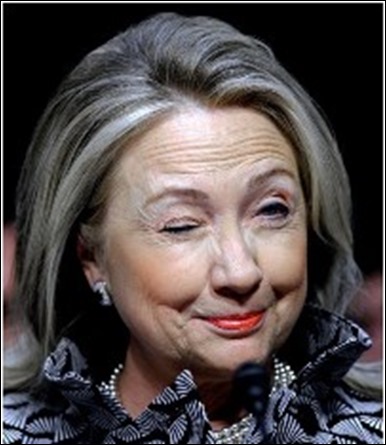 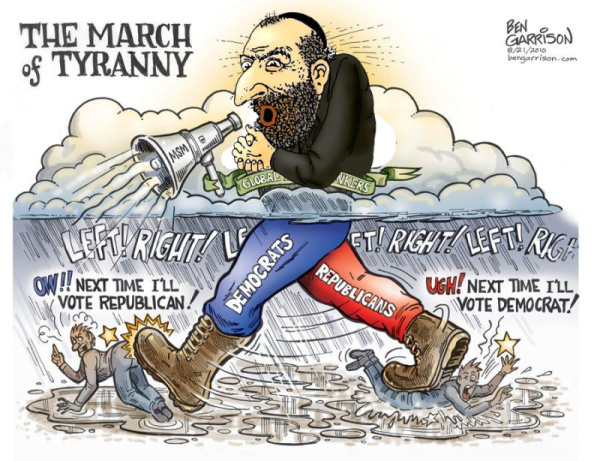 This election for them is nothing more than a source of great entertainment, for no matter who wins, their agenda will be carried on. They fall off of their chairs in laughter as they watch the Bernie's, Trumpie's, and Hillarie's scratch and claw at each other, believing in these cutouts as if they were the sons and daughters of God almighty. They revel in the success of their mind control tactics.
We must never forget that Carroll Quigley laid it all out for us when he stated: "The argument that the two parties should represent opposed ideals and policies, one, perhaps, of the Right and the other of the Left, is a foolish idea acceptable only to doctrinaire and academic thinkers. Instead, the two parties should be almost identical, so that the American people can 'throw the rascals out' at any election without leading to any profound or extensive shifts in policy".
As for the "revolution" I think James Bilington nailed it in his epic work "Fire In The Minds Of Men" when he stated: "The origins of revolutionary words and symbols is of more than antiquarian interest; for, in the contemporary world where constitutions and free elections are vanishing almost as rapidly as monarchs, revolutionary rhetoric provides the formal legitimation of most political authority."
Sid Green adds:
Oh there's a paradigm shift alright. That's occult rhetoric for the rule of the NWO. I thought most people in alternative media knew Hilary Clinton had already been selected. If Trump wins, that means they changed their minds and want to play it a different way. Don't get caught in the dialectic, if you have any critical thought left guys

Comments for "Trump - A Paradigm Shift is Happening"

Trump is just as much a tool of the elites as Hillary, and it's hard to believe that people visiting a site such as this one would be fooled into thinking otherwise. His history, his actions, his connections, his long standing friendship with both Clinton's should be enough to tell you all you need to know (and, of course, he was a Democrat his whole life until he decided to run for President.........further proving that the parties are interchangeable for the most part).

No, Hillary will be President because that is the plan at the highest levels. If for some reason they change their minds and Trump is allowed in, it won't really make any difference. What people fail to recognize is that revolutions are started by the elites as a sort of safety valve, to allow the masses to vent their frustrations with the "system".

When this fails to achieve the desired results, they go back to their apathy and hopelessness. If we are to overcome the control of these elites, it will most certainly not be through an election process they totally and completely control.

For those of you who are fully awake to the reality of the situation that we are in facing this NEW WORLD ORDER take over, I hope you will get behind Donald Trump and vote for him. He has been involved in the NEW WORLD ORDER and knows of their secrecy and their evil. He is the NEW WORLD ORDERS WORST ENEMY because he has turned on them and wants to make America Great Again. It is the Globalist against Christian America. The hate all of Christ moral principles which include he was not a "respecter of persons",he was a respecter of behavior. (Acts 10;34) (Romans 2:11) (Matthew 22:36-40)

Since 1948, the only time the same party's candidate was inaugurated for a presidential term of office in a 3rd straight election year was in 1988 when Bush Sr. went in. My guess is that this was deemed necessary, having to do with some unfinished business left over from the Reagan administration wherein Bush was the de facto President ANYWAY.

In 2016, if Hilary was to be put into office it would mark the 3rd consecutive term for the democratic party candidate. But I don't think there's any such "unfinished business" this time around. The democratic party is looking dead like Jimmy Carter in 1980, and now there's NEW business to conduct, and similar to Reagan that year, it calls for a Trump Presidency. This is their man.

First of all, insofar as foreign policy is concerned it doesn't matter if Elmer Fudd was the President, they've got that end of things covered. But it's the ECONOMY that's to be the focus, which is why Trump is the guy they want in there - to be the one who'll take the credit when IT, and military expenditures are given a boost, and everything he said he was gonna do gets done; ironically, like with Reagan/Bush (trickle-down, Iranian hostage release, the Soviet break-up, etc.)

It could be because certain lines are being drawn. Simultaneous to this, BRICS will be steered into going rogue on the cabal's money control to set up their OWN central bank

Perhaps as a preamble for what has been orchestrated all along to break out into a full-blown, and definitive war that would engulf the whole World.

Couldn't agree with you more about Sarah Silverman. A real low life; I cannot stand her. She's not the least bit funny and highly offensive. What the hell are they thinking with the Franken/Silverman routine? Is this a bar mitzvah or a convention? I really liked the "Paradigm Shift" article. Got me thinking and telling my adolescent sons about it.

People are not going to vote for an establishment candidate like Hillary Clinton for she is too toxic with more leaks expected there is no way she will win unless the votes are rigged. The masses will vote for Trump since he is an outsider not a traditional candidate the masses are very upset at the entire political system, as it exist today crony capitalism. Trump has tapped into emotions rather than using rational thought within reality so far, he has knocked out every competitor; she will be no different from the rest of them.

Henry, I think the wave that Trump is riding is the one used in reference to "W." Bush, namely...

"As democracy is perfected, the office of president represents, more and more closely, the inner soul of the people. On some great and glorious day the plain folks of the land will reach their heart's desire at last and the White House will be adorned by a downright moron." â€” H. L. Mencken

As Ann Richards might have said, "Poor Donald, he can't help it. He was born with a silver foot in his mouth."

The only thing I can say about this article is...from the lips of the author to God's ears. If only all this article asserts
could actually be true. Just imagine political correctness OVER, Neocons OVER, Christian Zionists OVER, Evangelicals OVER, Politics as usual OVER...etc..

The problem with this is that our current resident in the White House may have no intention of leaving office EVER. If this sounds impossible to you...Then you need to read all the NDAA legislation for the past 5 years. You need to read Obama's executive orders, and the power Congress has given him to do anything he wants with no oversight by anyone, and he does not even need to have a reason to act.

Most of the American people have no idea that our traitors in Congress have handed over this kind of dictatorial power to this man.

Please people EDUCATE YOURSELVES. There could be no election at all...There could be instead...martial law. It probably will not be called martial law, but the effect will be the same.

Understand the problem, that even IF the author of this article is correct in every respect, and I think he or she probably is.

Absent a successful impeachment, It all may be in vain. We need action from Congress NOW!!

Hillary has been selected for at least two decades. Unless there has been a change of plan, she's in the office.

Even if Trump could have made her impossible, what's the real difference?

The caddy in the 2009 article saw the truth pretty well.