Texe Marrs- Judaism is not a Religion 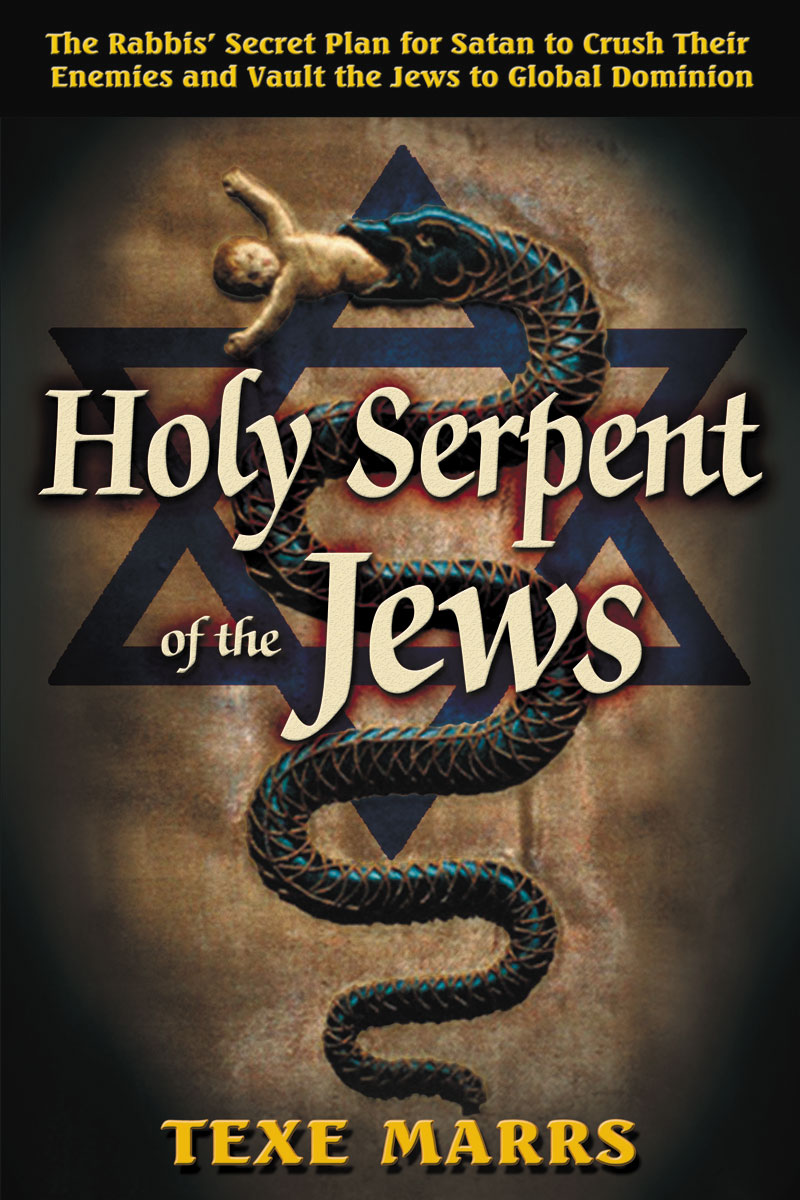 Judaism does not believe in God, says Texe Marrs in his new book Holy Serpent of the Jews.

You cannot pretend to be a religion without God. Neither atheism nor Satanism are religions.

Jews and goyim alike have been hoodwinked by Judaism, a satanic cult masquerading as a religion. Texe says: "The ultimate goal of World Jewry [is] global domination, meaning sex, money, and power on an unparalleled scale."  If the world is turned upside down, they can be on top.

(Makow comment- God is the Moral Intelligence behind creation, synonymous with spiritual ideals like love, truth, goodness, justice and beauty. The point of religion is to discern and obey His Plan. Therefore, to say there is no God, or he is unknowable is half-way to Satanism. To usurp God's place, as Masonic Jewry is doing, is arrant Satanism.)

"Nothing Sacred- The Truth about Judaism" (Ch.4)

A fascinating book by a Jew, Douglas Rushkoff entitled Nothing Sacred--The Truth About Judaism (2003) states that God is not part of Judaism. "Most Jewish thinkers have understood God more by what he is not than by whatever he is." ...

"For all practical purposes, he (God) does not exist...God is just not something Jews are supposed to worry about... Jews focus on an external master whose edicts they need to obey is replaced by an emphasis on peoples' duty to one another." ...

What we see in Rushkoff's elemental explanation ... is that, bluntly spoken, Judaism is an expression of atheism. Yes, Jews are atheists. Their god is unknowable, unnamed; He has "recessed" from human affairs. He doesn't need worship; in fact, He "shuns" it. He has "no emotions."

As Rushkoff states, "For all practical purposes, God does not exist...God is just not something Jews are supposed to worry about."

What a monumental display of hubris by Jews! Rejecting a loving, personal God, the Jews say that "God" is an abstraction, something they do rather than serve and worship. Their fealty and loyalty is to each other as human beings--they believe the right word for Jews is human "gods"--and refer to their own "internally felt divinity."

This is the New Age Lie: evolved humans are as gods, exercising right and wrong as only they see fit. It is the Crowleyian motto once again, "Do What Thou Wilt Shall be the Whole of the Law."

The only requirement for the individual Jew is that he or she must serve "Social Justice." He must perform and "do" a mitzvah, a good work. But good works are reserved primarily for other Jews. The Gentile deserves no good works. The Gentile, the Goyim, are like cattle, and their existence, says Rabbi Ovadia Yosef, the late Chief Rabbi of Israel, is meant only to serve the Jews, their masters.

This, then, is a recipe for great evil. A narcissistic religion without a god, self-based, without faith and with works only for the limited members of one's blood kind.

It is, moreover, a religion in which its adherents do not look to the hereafter. There are no heavenly rewards. Thus the greedy attitude of take everything you can in this life is fostered. The focus of Judaism, Rushkoff reveals, is "on human beings and life itself as the supremely sacred."

NO GOD TO HEAR PRAYERS

Nor is there a God in heaven who hears ones prayers and petitions. "There's no one around to pray to," says Rushkoff. This creates a feeling of hopelessness, as the Jew realizes he is all alone in the here and now. Since there is no real God in heaven to pray to and turn to in time of need, the Jew has invented the many lesser deities of Kabbalah, even the Holy Serpent. Worse, Lucifer is often the object of prayer and Jews pray alternately both to a kabbalistic god (or goddess) or to Lucifer, considered a "helping angel" in Judaism.

To put it in stark terms, since there is no God to turn to, Jews pray to whatever entity that will provide solace and real help in time of need. This is a prime example of dialectical thinking, of Maimonides' idea of "negative theology."

In the Soviet Union, we saw what happened when a predominately Jewish cult, the communist party, proclaiming themselves "atheists," purged and slaughtered some 66 million innocent, mostly Christian citizens. Jews came from all over the globe to help build this supposed, new "Jewish Utopia." 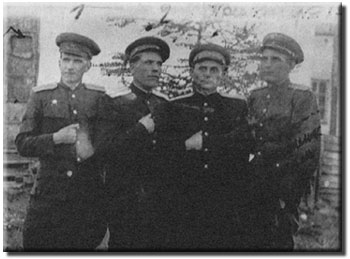 Synagogues and rabbis were everywhere favored--some 70% of the thousands of Soviet gulag prison camps were run by commandants who were also rabbis! Seventeen of the first nineteen members of the Soviet Politburo were Jews. Communist leader Vladimir Lenin and his deputy, Leon Trotsky, were both Jews. Yagoda, the first leader of the secret police, was a Jew.

These monsters said they were doing good works. They sought to "heal the earth," to spread communism through Tikkun Olam, and equality--brotherhood of man--throughout the planet, beginning with the Soviet Union and its republics. All aims of Judaic spirits.

As Douglas Rushkoff informs us ... the Jews collectively have a "responsibility" to heal the earth. Is that what motivated Karl Marx, whose ideas spawned communism, and Vladimir Lenin, the Father of communism in Soviet Russia? Each shared a "responsibility" to heal the earth, to bring about Tikkun Olam, the mending or repair of the earth through "creative destruction." Here's how Rushkoff, in his book, describes this concept of a future Jewish Utopia based on "Social Justice:"

"The concept of Tikkun Olam or healing the earth...is a poetic way of expressing the responsibility Jews have to 'heal the earth.' (It is) a mandate for social justice on behalf of the whole planet."

Holy Serpent of the Jews is available here.