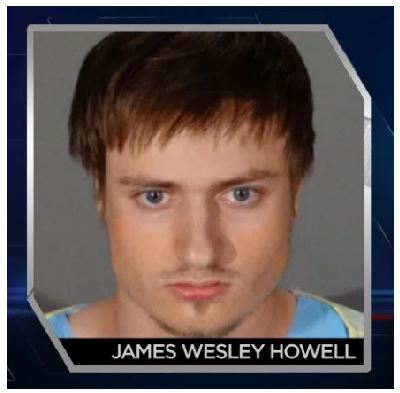 Thanks to the courage and initiative
of blogger Stephanie Sledge,
a record of James Wesley Howell's status
and whereabouts has been established.
She responded to my appeal Saturday
for information about Howell, who
claims he withdrew from a CIA operation
to target a Gay pride parade June 12, the
same day as the Orlando psy op.
Bravo Stephanie! James, you have not been
forgotten.
If you now think everything is above board, read the First Comment below and see the interview an attorney Brenda Corpian had with Howell before she was nearly beaten to death. Howell told her that he had also trained with Michael Sandford, the young Brit who was arrested for trying to assassinate Trump.
by Stephanie Sledge
The Government Rag
Yesterday morning, at approximately 10:30am, I began calling the list of numbers you had published in the article to see if I could get some answers. ... 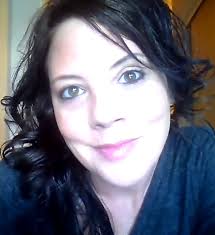 (Stephanie Sledge, left)
So, I moved on and decided to call Sean Carney from the District Attorney's Office in LA County. He just happened to answer his phone as he had forwarded his office calls to his cell phone. I just happened to catch him at the right time for some answers.
I was told by Carney:
"Howell's Preliminary Hearing is scheduled for September 8th at 8:30am at the DIV 31 (Airport Courthouse). He has obtained a public defender by the name Samuel Jones."
I then continued to ask questions about Howell's situation including where he was being held. Carney told me "Howell is currently in the custody of the LA Sheriff's Department."
I explained there were concerned citizens wanting to know why there had not been any news coverage or updates about this case/suspect and therefore, I was asking questions to help understand the status of the arrestee and his case updates.
I asked him what official charges Howell was facing. He told me he did not have that information handy as he was driving and I caught him on his cell phone.
After speaking with Carney, I went online to confirm the update.
First, I went to the LA Sheriff's Department inmate search page and found the following information:
Booking number: 4679768, James Howell, Male, DOB 03/31/96, Age 20
When clicking on the booking number provided, the following information is available about his case:
Name: James Wesley Howell
Hair: Bro
Eyes: Blue
Height: 6.00
Weight: 170
Arrest Date: 06/12/16
Arrest Time: 0553
Booking Location: 1965
Loc. Desc: Santa Monica P.D.
Bail: $2,000,000.00
Grand Bail: No Bail
Housed: TTCF (Twin-Towers Correctional Facility)
450 Bauchet Street, Los Angeles, CA
Court Date: 09/08/16
Court Time: 8:30
Next Court Case: SA09315901
Court: LAX Superior Court Dept W31
11701 S. Lacienega Blvd, Los AngelesUPT
Hold Agency: KY
Hold Name: Kentucky
Case# UNK
# of Hold: 1
Note: Hold agency may be a warrant in another state. Howell's name does appear in a quick search in the Kentucky court system. His name appears to have the cities of Louisville, Simpsonville, Goshen, and La Grange attached to him. He also shows up with the same DOB in the case of Commonwealth vs. Howell, James (W/M/DOB 03/31/96) Jefferson 16-CR-001067.
This evidence presented should be enough for any real researcher and/or investigative journalist to question where this young man came from, where he has lived, and so forth. Was this man another stalked man, set up from the FBI, just like Jared Lee Loughner? What are his official charges? There are a thousand more questions to answer, however, for today, I will present you with the answer you are currently seeking... "What has happened to James Wesley Howell..."
In Addition: I am seeking an individual and/or individuals who will be willing to attend James Wesley Howell's Preliminary Court hearing on September 8th at 8:30am to verify whether this man will actually appear in court, what official charges he will be facing, and the outcome of the hearing. However, I would assume some local media may also come to the court hearing and write some lame-duck news story but I want some real facts...
See snippets of my research on James Wesley Howell below. Feel free to comment and add more research.
Is Howell unprotected after asking police officials for protection after he claimed he "backed out" of bombing the Gay Pride Parade after learning Omar Mateen (Suspect) in Orlando shooting was murdered? Howell allegedly also claimed he and Omar trained together at a ClA camp in Virginia.
More questions people... more questions....
First Comment from L:
Henry, regarding your article about James Welsey, Howell.....did you not hear what happened to the female attorney the letsgetoffthebs sent in there to interview him? [Her name is Brenda Corpian, the author of their story.] She was found in a garbage bin beaten within a couple inches of her life. Last I heard they weren't sure if she'd make it. They were guarding her room in the ER with security guards. [She was almost murdered because Howell had given her compromising information.]  I don't know if she made it or not. That's prob why no no one is touching this. Stephanie Sledge from the govt rag just wrote an article saying she would look into it....after the article you wrote ..... Someone needs to do it...just would rather it be a collective effort so far there's not just one (female) target.
Brenda Corpian (pseudonym) Expected to recover
Related - Lawyer Almost Dies After Howell Implicates Hillary

Stephanie - Your courage, unfortunately as rare as it is admirable, may become a life-threatening activity should the PTB decide that you have become more of a threat to the exposure of their criminal activities, to put it mildly, than you are worth alive. While I am at the end of a life which the PTB threw under a bus at about the same age as Mr. Howell is now, after their unsuccessful attempt to stitch me up as a "Lee Harvey Oswald" (why do their patsies and 'lone nuts' always have 3 names, eh?) to cover the murder of an undercover BNDD drug agent in 1969, and while I would be otherwise willing to do, as Mr. Dylan once said, "one good deed before I die" (LIly, Rosemary, and the Jack of Hearts from Blood On The Tracks) by attending JWH (John Wesley Harding's?) preliminary hearing, I quite possibly might be disappeared before I could become a very discreditable witness, due to my having something in common with Mr. Howell, in that I also wore the blue and yellow in the Twin Towers because of some extremely bad luck, a mistaken identity by complainants before the fact, and an unloaded Glock 21 in the proximity of a convicted felon who did almost 4 years in max for possession of some bad pot back in witch burning country 45 years ago. BTW, from what he is wearing, JWH is probably not in the general population at the Towers, and, may in fact not actually be held there. And, if you think that just showing up at some kangaroo court in some high rise building near LAX with a helicopter pad on the roof could ever do more than the symbolic gesture, such as having all those lawyers stand around all those polling places back in 2004 when they were rigging it for GWB43, instead of getting one good hacker before the fact to blow the cover on the electronic vote rigging, then you are perhaps as naive as you are courageous. No offense intended. You're in, sadly, good company. And as far as why all those other journalists aren't covering this, the answer is that the wise one pick their fights. And some serious psychopaths in high positions have nothing to lose by pulling another arkancide to try and cover their Lady MacBeth's blood trail back to the chalk outline around the big blood stain on the stone floor of the castle. So, you get points for guts. But please mind how far you venture near the black widow's lair unless you have a good elven blade and some intrepid backup.

Henry, you found a real winner in Stephanie Sledge. I became familiar with her work in a radio interview about her book APPLEZEBRA11 with Popeye from Federal Jack. As far as I can tell she was the only one to call the assassination attempt of congresswoman Gabrielle Gifford a staged event. Probably one of the first false flag gun events to take place under O in his sick quest to grab our guns. For those who have not heard analysis of the event I suggest you listen to this radio interview. Again, I would like to say Stephanie is a top notch investigative reporter and you could not have a better person on the case. Here is the link..

The government will most likely have him of heavy medication to zombie him out in the court..like several of the other