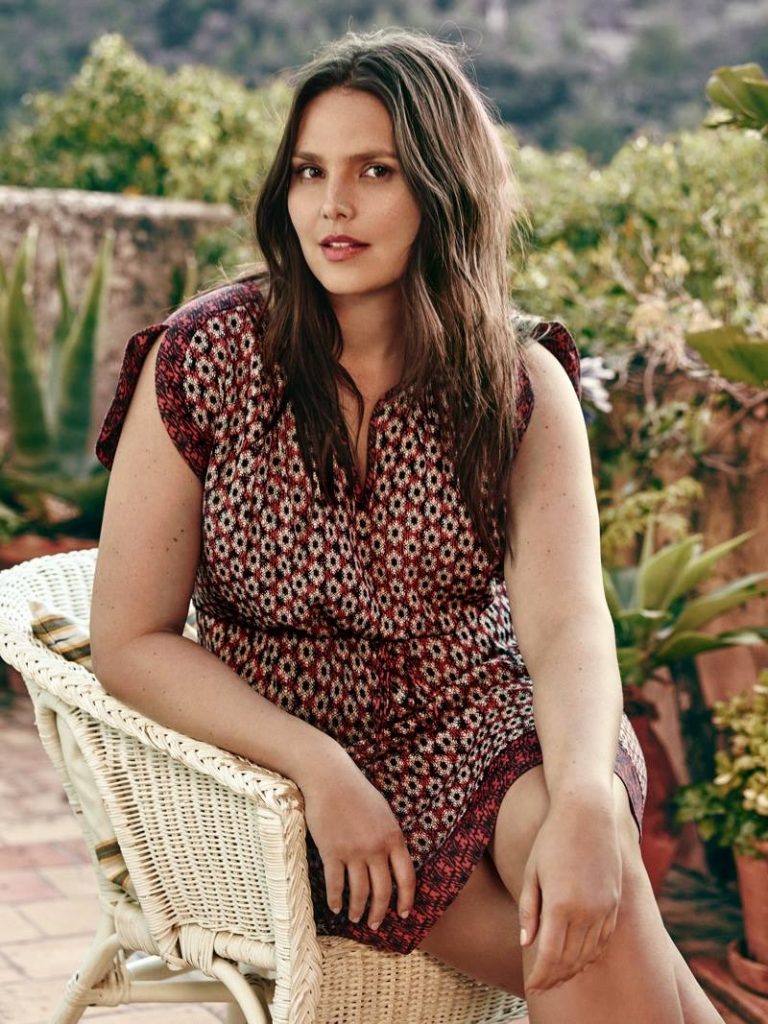 (left, Clinton body count. Attorney Brenda Corpian beaten with an inch of death after Howell interview.)
This explosive story has gone under the radar.
"Brenda Corpian," left, a pseudonym, is the attorney who broke the story
of James Wesley Howell seeking police protection after refusing to
execute a CIA plot to bomb the Los Angeles Gay Pride Parade June 12,
to coincide with the Orlando CIA psy op.
Roughly two weeks later, Corpian interviewed Howell in prison
where he told her he had seen Hillary Clinton and Huma Abadin
at the CIA's "Islamic Terror" training camp in Virginia. The interview
was terminated at that moment and about 15 hours later Corpian was
severely beaten by three men and left for dead in a dumpster. She was found
by a homeless man and is expected to recover.     Howell told her that
Clinton was "especially interested" in "Michael" who later was arrested
for attempting assassinate Donald Trump.
Here is the Corpian-Howell interview:
Getoffthebs
When interviewed at the LACJ (Los Angeles County Jail) by our staff attorney and investigative reporter, Brenda Corpian, Howell further elaborated on his original statements. Brenda was allowed to speak with Howell as a licensed attorney considering representing him.
Brenda: You originally mentioned three other people you went thought training with. However you only mentioned the names of two of the people you trained with. Do you now remember who the third person was? 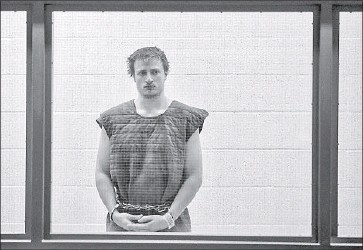 Howell: "Your guy got that f@#$%d-up. I told the cops what I knew -I trained with four other people - not three. We were part of one group - there were at lest 8 groups that we seen - maybe more."
Brenda: Do you know what kind of activities these other groups were being trained for?
Howell: "I don't know. Probably the same s@#t we were learning - I mean, we sometimes trained together on some stuff."
Brenda: What kind of training did you receive at the camp - what did you train with others to do?
Howell: "The usual stuff I guess - making pipe bombs, mixing chemical explosives - ya know, military s@*t."
Brenda: James, could you be more specific - what do you mean by military (expletive)- were you ever in the military?
Howell: "No I never made that trip but I have seen a lot of deep s*%t. I think everyone had his or her own thing going on. They taught several of us how to shoot - others were taught how to blow s**t up. All of us had to take our turns in the gas room...."
Brenda: The gas room?
Howell: "Yeah, it was really f@#$%d up. We had to go in to this room with gas masks on and take them off after they shot the gas in - it was jacked up."
It appears that Howell and others he was trained with went through an abbreviated version of what the Army dubs basic training. Additionally it appears that selective training was given to others for specific assignments.
Howell and Omar were trained to handle automatic weapons and explosives. Howell witnessed at least five other people being trained to shoot what Howell described as "long rifles" - most likely sniper rifles. 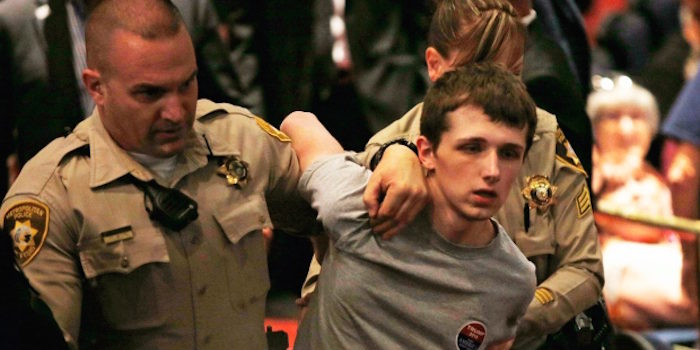 Howell Identifies Sandford - Suspect In Assassination of Donald Trump In Las Vegas NV.
Howell: "We all called Dan the chemist. He seemed to get off to making bombs and setting things on fire....I remember a time one his firecrackers came within inches of blowing some ball bearings through Michael's legs....man that Brit was pissed," said Howell.
Brenda: Brit? Who is Michael?
Howell: "The guy in Vegas. Weird mother f@$%%r - we called him the Brit because he was from England or some place like that...we went and partied one night with him....he has a nice Beamer."
Brenda: I am not sure I understand what you mean by 'the guy in Vegas?' Beamer--do you mean BMW?
Howell: "The guy they arrested for trying to grab that cops gun to shoot Trump with -- yeah a BMW - you know - beamer. I am in to lowered Honda's and Acura's. I have a sweet ride. If I ever get out of here maybe we can go for a ....."
Howell definitely made it clear while he was talking to Brenda that he knew Michael Sandford - recently arrested at a Trump rally for trying to disarm a Las Vegas metropolitan Police officer - a gun Sandford later claimed to the U.S. Secret Service he would have used to shoot Donald Trump.
Brenda reported that during the time she talked to Howell he seemed scared one moment and at other moments he was flirting with her. It was obvious to Brenda that Howell was very scared of what might happen to him while in custody but tried to add levity to the conversation to appear somewhat tough.
Brenda wrote in her story that, "I doubt very seriously that the recent reports that Howell is bi-sexual are accurate. The whole time I talked to him his eyes were glued to my breasts-he made no attempt to hide the fact that he was turned on by my chest." 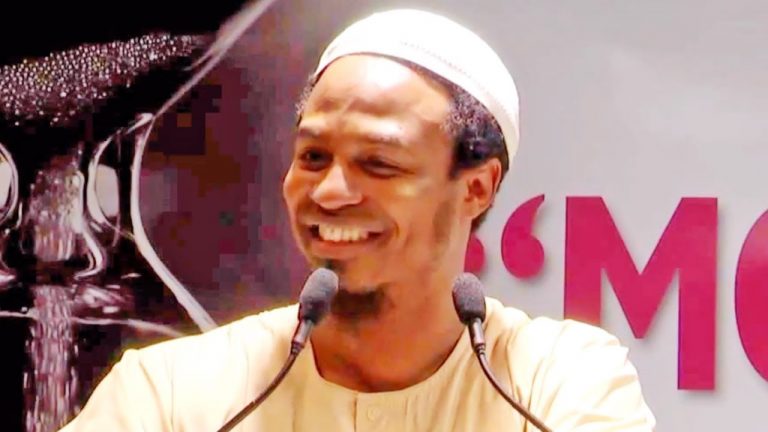 FBI / Homeland Security Partner With A Radial Islamic Terrorist
According to Howell, he first came in contact with Imam Abu Taubah, AKA Marcus Robertson, left, a former marine who is the leader of what Howell believed was an ISIS cell group training and operating in the U.S.
Howell, Mateeen and Sandford were allegedly recruited by Robertson through an online fundamental Islamic knowledge seminary course, which Robertson conducts.
"I had no idea that the CIA was involved until I arrived at the camp in Virginia with others to start our training....I have read about places like the camp...but it was not what I was expecting....I don't think anyone else was expecting it either," said Howell.
Howell was unsure of exactly how many people were at the camp with him and or what particular missions, if any, the other recruits were being trained for. "People came in and out. Omar, Dan and me were always together--we knew what we were suppose to do."
It appears Howell and his fellow conspirators were told very clearly to "keep their mouths shut" about what they were going to do and to not ask others about their assignments - roles, if any.
Brenda's interview came to an end when someone at the jail abruptly shut off the phones Howell and her were speaking through.
Although it is normal procedure for a client (Howell) and their attorney (Brenda) to talk in privacy in an interview room, the authorities despite Brenda's license to practice law in California, would not allow Brenda to speak with Howell in an attorney/client interview room.
Additionally, the phone interview should not of been monitored, which is obvious it was because after Howell had already described two people and was half way through naming the last name of a third person, the phone system was shut down and Brenda was rudely escorted out of the building.
Senator, Former Clinton Aide and a High Ranking Federal Law Enforcement Agent Have Regularly Met With Robertson
Brenda: You have mentioned Dan, Omar and Michael - did you recognize anyone else that you may have known previously or seen on TV or read about?
Howell: "They often meet with Abu. They seemed especially interested in Michael. The Senator was often accompanied by a woman who I have seen on television hundreds of times, she doesn't work for the government anymore but I think her husband does......yeah her name is Hu..."end of interview.
According to Brenda's report, Howell claims that Robertson was seen several times meeting with a current US Senator, a high ranking member of Homeland Security and was releasing the name of a woman that we have a good idea of her identity from his description of her and what was heard of her name before the interview was abruptly ended.
Frankly, both Brenda and I are not completely convinced that Howell was completely honest with her during her interview with him. However, many things that Howell said are consistent with the recent Fox report concerning Robertson and a 365 USA News report concerning some very strange recruitment activities that are being done by the FBI according to FBI Director James Comey.
However, we are completely convinced that Howell definitely knows Sandford because at the time of her interview with Howell, he mentioned several pieces of information that included specific information concerning the vehicle Sandford drove to Las Vegas which had not yet been reported before Brenda's interview with Howell.
Brenda was concerned that Howell may have embellished part of his story to impress her.
There is more here
Related-  James Wesley Howell - His Current Status
-------------------Corpian's Website
First Comment from Glen:
We live in a truly dangerous times. We have a government that would make the Nazi's and the Bolshevik's green with envy. With the advent of the latest technology they know every move we make and every breath we take. Their cruelness and outright evil has reached levels that are mind boggling. There is nothing they will not do or no one they will not kill or maim to see their sick agenda carried to fruition. To them we are all just useless eaters, dumb animals to be sacrificed in their never ending wars. Those of us to old to fight will be kept around as their tax slaves, for this game of world domination is quite expensive.
I would just like to voice my deepest appreciation to real soldiers on the front lines in the battle against these Satanic globalist psychopaths.
To the Henry's, the Steph's, the Brenda's and all the others giving their all in this battle for not only our planet, but our very souls. May the God of mercy and love watch over and protect you as you try and awaken the every sleeping masses. God bless you all and thanks again for your extreme dedication in fighting this battle.

Deep regards and thankyou for keeping this in the 'light''. Many prayers are going out concerning those
who are " telling the truth".

The evil is seemingly without measure now. The apathy
is without measure, and after 10 years of trying to awaken the masses-alas- most men are Freemasons-and they are married to " the end justifies the means".

This is how you destroy a nation- a country-a family-
a marriage- from the inside out-absolute perversion and complete destruction with its rapacious Talmudic values. You must make evil happen-it DOES NOT happen by itself.

ALL my do-called college " professors " stated and taught otherwise-along with the asinine " there is no truth-only what is".

So they have their evil cannon filled to produce hell on earth.
Yah watch over you-and those who willing stepped forward to proclaim Truth. Truth kills PRIDE.