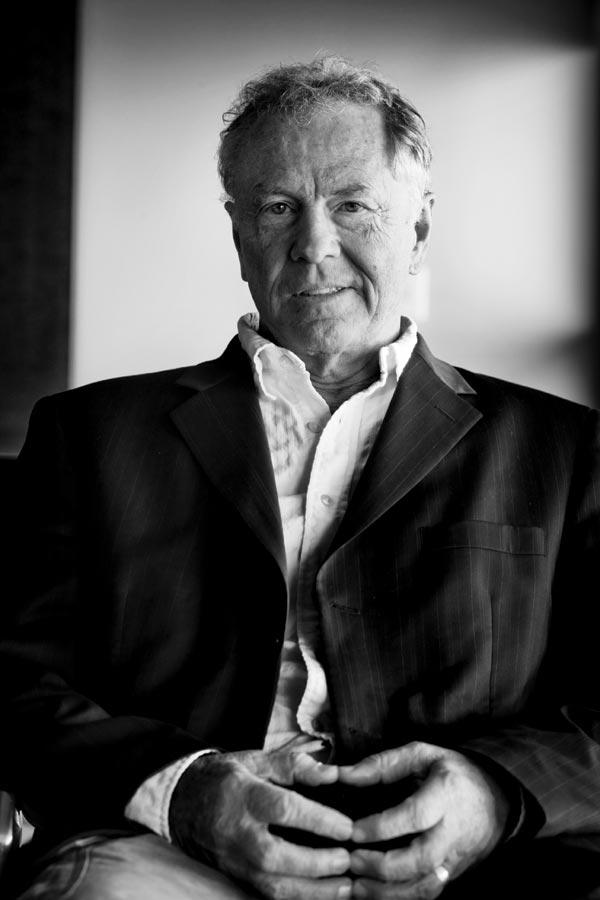 (Left, Morris Seligman Dees, 79. Champion of "tolerance" is really a hate monger, pervert and a fraud. Notice the Masonic handsign.)
The "Southern Poverty Law Center" has grown rich by slandering patriots and conservatives. This includes Lewrockwell.com, the John Birch Society and even men's rights groups. Although Dees began his career by defending the KKK, he raised a $220 million endowment by convincing liberals (Jews) that the US is on the verge of fascist takeover.  While claiming to be a "non-profit," Dees is a multimillionaire. He is now advising the DHS that the groups on his hate list are "domestic extremists."
"Morris Dees and I, from the first day of our partnership, shared one overriding purpose: to make a pile of money."--Millard Fuller, first law partner
Related- Sabbatean Jewish Pervert Advices DHS on Patriots
Source: Morris Dees: Fact Sheet
(see original for all citations)
(Abridged by henrymakow.com)
In an article titled Poverty Palace, Morris Dees told journalist John Edgerton that "I had a traditional white Southerner's feeling for segregation."
Dees made a fortune selling cookbooks by mail in partnership with Millard Fuller [who later founded Habitat for Humanity.] Dees and Fuller formed the law firm of Dees & Fuller in Montgomery, Alabama in 1960.
Fuller has this to say about his 8-year association with Dees: "Morris Dees and I, from the first day of our partnership, shared one overriding purpose: to make a pile of money. We were not particular about how we did it; we just wanted to be independently rich. During the eight years we worked together we never wavered in that resolve."
Dees served in 1958 as state campaign manager for segregationist attorney general candidate McDonald Gallion and also worked for George C. Wallace.
Fuller stated: "We wanted to be sure of having friends in high places." In 1961 when Freedom Riders were beaten by a white mob at a Montgomery bus station, Dees openly expressed his sympathies and support for what had happened at the bus station.
When one of the men charged with beating the Freedom Riders came to their office for legal representation, Dees and Fuller took the case. The legal fee was paid by the Ku Klux Klan and the White Citizen's Council.
Dees founded the Southern Poverty Law Center in 1971 with Joseph Levin [who left the SPLC in 1976] and Julian Bond [resigned late 1970's.] Acted as Chief fundraiser for George McGovern's 1972 presidential campaign in return for the campaign's mailing list. Raised $20 million for McGovern.
Fund-raised for Jimmy Carter in 1976 hoping to be named Attorney-General, but was unenthused by the campaign for its middle of the road appeal " You've got to have a candidate who is way out on the extremes!"
Acted as a fundraiser for both Ted Kennedy's 1980 and Gary Hart's 1984 presidential campaigns and received their mailing lists as reward. [Ibid.] Perhaps explaining the SPLC's 'Gay' rights activism, Dees was cited in 1979 by his ex-wife with a homosexual encounter during their marriage. She also cited numerous affairs with women including his daughter-in-law and underage stepdaughter. [Alabama Court of Civil Appeals CIV 2114, 1979]

The SPLC's fundraising practices have provoked the disapproval of watchdog groups that monitor charities: In 1993, the American Institute of Philanthropy assigned the SPLC a 'D' grade on a scale of A to F. [American Institute of Philanthropy xxxx 1993 Charity Watchdog Report]
"By frequently mailing out such persuasive appeals, Dees and his associates have drawn financial support from about half a million Americans [by 1988.] The number of contributors and the amount they have given are probably greater than any left-of-center group has recorded in a comparable period in the history of American philanthropy." [The Progressive, July 1988.]
Randall Williams who formed Klanwatch in 1981 as part of the SPLC's said in 1988: "We were sharing information with the FBI, the police, undercover agents. Instead of defending clients and victims we were more of a super snoop outfit, an arm of law enforcement. Randall and four staff attorney's resigned from the Center in 1986. [Ibid.]
In 1994 the Montgomery Advertiser won a journalism award for a series of incisive and penetrating investigative articles exposing the unethical fundraising practices of Dees and the Southern Poverty Law Center including: Since August 1, 1984, the Law Center has taken in about $62 million in contributions and yet only spent about $21 million on actual programs, according to federal tax records.
In a series of fund-raising letters the Law Center implied it forced the United Klan's of American to pay $7 million to the mother of lynching victim Michael Donald in 1987. Beulah Mae Donald actually received only $51,874.70 from the Klansmen. The Law Center collected millions as the result of fund-raising letters about the case. The Montgomery Advertiser conducted a "random sampling of donors - people who receive a steady stream of fund-raising letters and newsletters - showed they had no idea the Law Center was so wealthy."
"They're drowning in their own affluence," Pamela Summers, a former SPLC legal fellow told The Montgomery Advertiser. "What they are doing in the legal department is not done for the best interest of everybody [but] is done as though the sole, overriding goal is to make money."
"I think people associate the SPLC with going to court. And that's why they get the money. And they don't go to court." There have only been a handful of court cases over the years, many of which remain unresolved. The SPLC which has crusaded for the rights of blacks for 23 years, is controlled by whites.
It has hired only two black staff attorneys in its history, both of whom left unhappy. 12 of 13 former Black employees interviewed by the Montgomery Advertiser complained they experienced or observed racial problems during their employment. Several said the SPLC was "more like a plantation." [The Montgomery Advertiser. Feb. 13- 14, 1994.]
In 1986 the entire SPLC legal staff resigned in protest of Dees refusal to address issues such as poverty, homelessness, voter registration and other issues they considered more pertinent to poor minorities rather than to get rich fighting a Klan chimera. [Harpers Magazine. Silverstein, Ken. The Church of Morris Dees. November 2000.]
The Birmingham News has also investigated Dees and the SPLC in 1994 and found the following: Christine Lee, a Harvard Law School alumnus who interned at the Center in 1989, "I would definitely say that there was not a single black employee with whom I spoke who was happy to be working there." "As I was told [at the SPLC,] they don't need Black people telling them how to handle Black issues," Lee said. Dees responded by saying, "We don't have black slots and white slots. Probably the most discriminated people in American today are white men when it comes to jobs because there are more of those who had more education opportunities and who the test scores show are scoring better and on paper look more qualified. That's why you have so many reverse discrimination cases around." [Birmingham News. Feb. 17, 1994.] USA Today reported in 1996 that Dees' Southern Poverty Law Center was the "nations richest civil rights organization" with $68 million in assets. [USA Today. Aug. 3, 1996] Today it is closer to its stated goal of a $100 million endowment.
------
Related- SPLC Ties to Oklahoma City Bombing
First Comment from Dan:
Does anyone remember 2012?  In April that year a gay SJW entered the offices of a Christian pro-family lobby in DC - Family Research Council.  Posing as a Chic fil'A delivery boy, he carried a concealed SIG-Sauer semi-automatic pistol.  Later he admitted his intent was to "kill as many as possible and smear the Chick-Fil-A sandwiches in victims' faces, and kill the guard."  But when his first shot missed the guard whose gun was no pointed straight at him he panicked and whined, "please don't shoot me!"
It turned out that found the Family Research Council's address on the 'Hate Watch' list on the SPLC's website under ANTI-GAY. 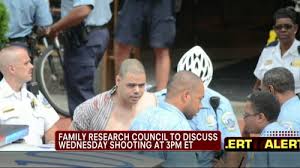 Floyd Lee Corkins, the SPLC fan, actually became the first US citizen to be convicted under the Washington, D.C., domestic terrorism law.
" The Conservative Christian lobby sent a formal letter of complaint to the U.S. Department of Justice, drafted by Lieutenant General (Ret.) William G. Boykin, Executive Vice President of the Family Research Council (FRC), called the SPLC "a heavily politicized organization producing inaccurate and biased data on 'hate groups' - not hate crimes." It accuses the SPLC of "providing findings that are not consistent with trends found in the FBI statistics." [1]
Indeed, the FBI distanced itself from the SPLC - temporarily.  Immediately the ADL with the full power of American media rained down DENIAL.
'Shocked' Anti-Defamation League slaps FBI 'diss on hate crimes" - Washington Examiner  4/2014
"No, The FBI Hasn't Ditched The Southern Poverty Law Center" -
Media Matters for America 4/2014
SPLC followed up with it's only tactic - running a smear campaign accusing the FBI of ANTI-MUSLIM bias!  Oh the chutzpa!
SPLC 'YMCA' by Village People Parody
[1] http://www.breitbart.com/big-government/2014/03/26/fbi-dumps-southern-poverty-law-center/