Left. Psychiatrist Robert Lifton on words like "bigot," "homophobic" and "hater" which Communists wield like whips. They are the real haters.

in his New York practice for 40 years. He applied Robert Lifton's

analysis of  Communist Chinese brainwashing techniques with the

campaign to normalize homosexuality in the West.

"Is [brainwashing] too strong and dramatic a term to apply to the homosexual movement in America? It is not the physical torture of forced isolation or other physiological techniques, but if one looks carefully at what has happened to the nation, one comes up with the alarming conclusion that, indeed, a form of national "brainwashing" has been employed by the propagandists of the homosexual movement."

Thought Reform and the Psychology of Homosexual Advocacy (1995)

The original work on thought control was done by Robert J. Lifton, an intrepid American army psychiatrist in 1961, later on the faculty of Yale, who described the communist takeover of China, how it led to a dramatic change in the beliefs of a population, with severe mental and physical punishment meted out to anyone who held a different point of view. 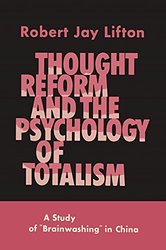 The techniques used to radically change the intellectual and emotional climate of the Chinese people bears, in my opinion, an amazing similarity to the "brainwashing" of a nation as regards homosexuality (see "Thought Reform and the Psychology of Totalism: A Study of "Brainwashing" in China" by Robert J. Lifton, M.D., W.W. Norton and Company, 1961).

Let us first address the "control of human communication" effected by the homosexual movement. For this purpose I shall borrow freely from Dr. Lifton's observations and point out what is strikingly similar in the propaganda of both movements: communistic totalism and homosexual totalism.

The gay movement has established almost complete domain not only over the individual communication with the outside world--that is, all one sees and hears, reads and writes, experiences and expresses on the subject of homosexuality (a censorship of which you all are aware)--but it has also penetrated one's inner life, that is, one's communications with oneself.

As Lifton suggested, such an atmosphere is uncomfortably reminiscent of George Orwell's 1984. This type of communication has the assumption of an air of omniscience, a conviction that reality is the exclusive possession of the gay movement, for these gay social planners consider it their duty to create an environment containing no more and no less than the "truth" as they see it. The average individual is thus deprived, as Lifton puts it, "of the combination of external information and inner reflection" which anyone requires to test the realities of the environment and to maintain a measure of identity separate from it.

Look at the fact that the American Psychiatric and Psychological Associations can be so blind to the facts of life, to the scientific evidence of over a hundred years supplied by psychoanalytic research, to the fact that children, boys and girls, differ anatomically and psychologically and are designed anatomically and psychologically for complementariness, and to the erosion of family structure, family cohesion so implicit in the total approval of homosexuality.

In such an environment one undergoes a "personal closure" which frees one from the incessant struggle with the elusive subtleties of truth and, therefore, in a sense, one is programmed. No one dares speak out. If an individual's intellect and honesty make him resist, he feels estranged.

Another feature of thought control is "extensive personal manipulation. This psychological technique, according to Kirk and Madsen, seeks to provoke specific patterns of behavior and emotion in such a way that they will appear to have arisen spontaneously from within the environment. 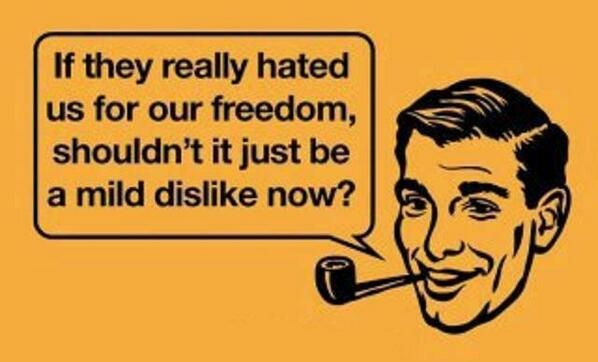 Except that gayness, in my opinion is a "freedom too far," (explored in my book, A Freedom Too Far, 1995, Adam Margrave Books, Phoenix, AZ) a fictive freedom, a freedom that does not really exist, for it is a freedom that flies in the face of the reality of the male/female design, in the face of evolution itself--it is a freedom that cannot be given. If one questions the correctness of the gay view, however, this questioning is considered to be stimulated by lower purposes--to be backward, selfish, and petty.

The average individual feels unable to escape. And that's why important and ordinary people--everyone from the mayor of a large city to baseball players, priests, the average housewife, and so forth--can join the march on Gay Pride Day and chant the call of the homosexual agenda on television as representing democracy, nondiscrimination, and liberation. It is why the young woman returns from Maine and announces with absolute conviction: "But we are on the high moral ground." It explains how school-board members in Cloverdale, CA can vote with an easy conscience to include homosexual sex education in school curriculums on a par with that of heterosexuality with the rationalization that they are simply showing "compassion."

Another feature of thought reform is to divide us into the "pure" and the "impure'--into the absolutely good and the absolutely evil. The good and pure, of course, are those who swallow the homosexual ideology. Relegated to the "bad and impure" are the protestations of "dissident' heterosexuals. The institution of heterosexuality is to be made impure, and this existing state of impurity is to be dramatized by public displays of outrage, designed by homosexual activists, against public figures, speakers, writers, or psychiatric clinicians with opposing views. Mr. Diaz [a Pastor] is made "impure" and "bad" when he has to endure indictment, conviction, and is attacked with epithets of "Shame, shame, shame!" when he dares to say, "I do not believe that homosexual behavior is normal, and I believe in the fact that introducing thousands of gay athletes into the city of New York will increase the number of AIDS cases"--which it would. Such a turning about--a turning of the world upside-down--is what is happening.

When an individual fails to meet the prevailing standards of casting out these "impurities within himself," he is expected to feel humiliation and ostracism, and ultimately he may recant in order to regain his "lost pride." This is undoubtedly what has happened to large segments of the nation as a whole who have been taken in by this psychological totalism of the gay agenda, and who have lost the capacity for discernment, objectivity, and truth.

I have explained to you at least some of the intricate techniques of psychological mindbending, as first reported by Robert J. Lifton, in order to inform and protect individuals and nations from the insidious and terrifying effect of thought-reform. I furthermore believe that such techniques were effectively and convincingly utilized by the gay movement in order to convert legislators, behavioral scientists, religious leaders, and the public at large to the belief that homosexuality should not only be tolerated but encouraged, thereby, raising it to the level of a normal psychosexual institution to be wholeheartedly embraced in the name of nondiscrimination.... 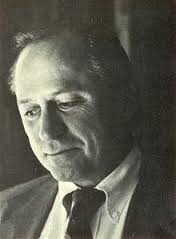 Gay friends of heterosexuals will not long remain friends should that heterosexual say to them "I love you, you have always been my friend. I would defend to the death your right to be gay and that you be free of persecution by anyone, but I also defend my right to say that I don't believe that homosexuality is normal and I don't want that falsehood taught to my child in school." All human discourse between friends would thereafter cease when addressing a gay activist. This is a case of loyalties, and the heterosexual would from that moment on be called "bigot," "unintelligent," "opinionated," or "homophobic."

There is no in-between ground. This is ultimately about the protection of America's youth from such groups as NAMBLA and militant homosexuals who seek to lower the age of consensual sexual intercourse between homosexual men and young boys to the age of fourteen (as in Hawaii, 1993) or sixteen (as in England, 1994).

They have told us, "We're here. We're Queer. And we are coming after your children." How much more do we need to know?

Thanks for another thought-provoking article. On the subject of homosexuality in US culture, though, I am not so sure a thorough brainwashing operation is required to make it broadly acceptable.

Many years ago, when I was still a grad student at U of F, an English language professor (not an American) told me he believed US culture was profoundly homosexual. This was evident, he said, from high-brow literature through comics to movies and tv&radio.

Indeed, just look at the predominance of male couples: Tom Sawyer and Huckleberry Finn, Batman and Robin, Starsky and Hutch, Sonny and Rico (Miami Vice), the Lone Ranger and Tonto, Amos and Andy, Laurel and Hardy, Bert and Ernie, the complete list is quite a long one. And then there is Brokeback Mountain and American Beauty, both films made by perceptive outsiders.

Women are always outsiders in these stories. But also an inherent threat to the survival of the couple as couple. Thus, women are basically enemies, even if not spelled out clearly by the author. female couples and male/female are not nearly as frequent nor as popular as far as I can see.

Thus I wonder if the present, undeniable onslaught on remaining vestiges of heterosexuality wouldn't be the logical next (or even final) step toward the definitive enthronement of homosexuality as a core US value.

To complete the picture, the US has been led traditionally by male couples: the President and Vice-President. And of course there is the famous, but illicit couple J. Edgar Hoover and Clyde Tolson, who were busy all their lives fighting crime and communism.