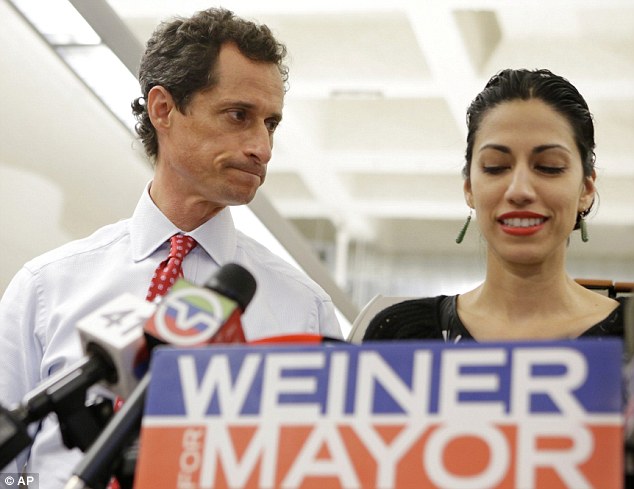 Anthony Weiner's computer contains written proof that Hillary Clinton is a direct agent
of George Soros and the Zionist brand of the Illuminati, and she is most definitely a traitor.
"Walter Benjamin" is a Freemason
who claims Trump's support comes from
a patriotic faction in Freemasonry
opposed to Zionist world domination.
He doesn't offer much proof of this
and I am not buying it. Nonetheless
his view deserves a hearing.
by Walter Benjamin
(henrymakow.com)
There is a serious civil war going on within the Deep State, but unless you are part of it or intimately familiar with it, it all looks like chaos and cacophony.
The reality is that the news (both mainstream and alternative) are bleating out seemingly unrelated stories which are all directly connected to the deep state civil war.
Within this Illuminati Freemasonic deep state, the "Zionist Cabalistic" elements are at war with "America-First" faction for control of the New World Order.
The American Neo-Cons are direct descendants of the Communists/Trotskyites spawned by the Rothschild Cabalists, whose God is Ba'al (or Moloch or Magog.)
In contrast, the "America-Firsters" are direct lineal descendants of the George Washington/Thomas Jefferson/Andrew Jackson "divine providence" Freemasons who were infiltrated by the former, starting in 1789 after the Wilhelmsbad Conference in 1782. They are embodied by such American patriots as Ron Paul, Philip Giraldi, Ray McGovern, Michael Flynn, Justin Raimondo, and Daniel McAdams. 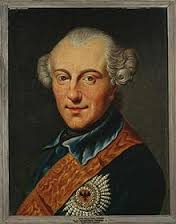 The Duke of Brunswick, Grand Master of German Freemasonry, stated in 1794: "I have been convinced that we, as an Order, have come under the power of some very evil occult Order, profoundly versed in science, both occult and otherwise, though not infallible, their methods being black magic, that is to say, electromagnetic power, hypnotism, and powerful suggestion. We are convinced that the Order is being controlled by some Sun Order, after the nature of the Illuminati, if not by that Order itself. We see our edifice...crumbling and covering the ground with ruins; we see the destruction that our hands no longer arrest...a great sect arose, which taking for its motto the good and the happiness of man, worked in the darkness of the conspiracy to make the happiness of humanity a prey for itself.
"This sect is known to everyone, its brothers are known no less than its name. It is they who have undermined the foundations of the Order to the point of complete overthrow; it is by them that all humanity has been poisoned and led astray for several generations...They began by casting odium on religion...Their masters had nothing less in view than the thrones of the earth, and the governments of the nations was to be directed by their nocturnal clubs...the misuse of our order...has produced all the political and moral troubles with which the world is filled today...we must from this moment dissolve the whole Order." 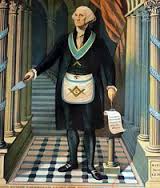 I'm glad you were willing to allow this author, Walter Benjamin, to express his opinion. I realize that you don't agree with his thesis, but I find merit in what he has to say. I too believe that Washington thought he was involved in a brotherly, high minded Freemasonry that was later infiltrated and gradually corrupted with a much darker and evil influence such as Albert Pike, What decent, clean, moral, upstanding, Christian, brotherly society DOESN'T the Illuminati infiltrate and infect with their agents, and eventually take over?

Washington's statements reflect those of English Freemason (what I call Vanilla Freemasonry, giving them the benefit of the doubt) Paul Robinson who published his Proofs of Conspiracy in 1798.

Robison says he was left a box of documents which highlighted what was going on with continental (think Illuminati) freemasonry and it's cancer of rites (Vanilla sticks to three only) and silly rituals.

He also says he thinks that only 8 or so lodges in England at the time were so corrupted. It's like saying Cromwell let the Jews back in when they in all likelihood never really left.

Though to be fair , what hasn't been corrupted by this money and vice machine and ideologically illogical brainwashing strategy?

I just find it incredible reading about the American revolution and how General Howe (and late on his brother , an Admiral) let Washington off the hook when they could have been wiped out - they were almost starving for want of even passive support from the people. There seems to be, However (no pun intended), a distinction between the freedom of Rousseau and the freedom of Robespierre, the former natural and genuine, the latter contrived and misleading. I need to look that up more some time.

Another angle is Nazi International, or the Fourth Reich (J P Farrell or Jim Marrs), versus Anglo-American-Neocon Jewish elites. It is not likely about us and our theoretical freedoms.

It is true that there will be infighting among the world rulers until there is only one ruler of all, who will be Satan's top representative on earth. Just as giant corporations, a sub group of the top boys, will continue to eat one another until there is only one gigantic corporation owning and operating all real business on earth. If the progress of evil is not stopped, that is.

However, it is beyond foolish wishful thinking to separate Hillary and Trump in this regard. They are both pure prostitutes of the Rothschild cabal. As a matter of fact, I believe it was on your site that I saw many photos of Trump's apartments in NY which show that he is not only masonic, he's a sun worshiper, as mentioned in the article today. If Hillery, witch of witches, is not yet openly satanic in worship it is only because she doesn't want it known.

I was wondering when someone was going to draw that line. The Zionists and the Freemasons are not automatically one and the same, nor is the Illuminati and Freemasonry synergistic. All these factions are part of the same power tree however.

The battle that is now being fought is one where there can only be one survivor, or rather one that has dominance over the other; but this is still not the top of the power structure. These two are merely vying for a more influential position.

The Knights Templar, after having been outed as demon worshipers and disbanded or burned at the stake for heresy took their organization underground and resurfaced under various names to test the waters, if you will, and these groups were/are being used as fall guys for when their evil gets exposed and the people cry for blood. Make no mistake, they are still firmly in control with numerous subjugated sock puppets to run interference.

What we will see with the US election is whether these control factions want a violent path to a NWO or a more progressive and contained one. We end up at the same place, but one is extremely violent (the Zionist way) and the other is more contemplated (the Freemason way) but it is neither of these who call the shots.

Another dialectic. Are Freemasons good Christians or Jews? Why does the society have to be secret if they are doing "good works"? Obviously the Sabbatean Illuminati are sicker than blue freemasons, but once you're prying into the "mysteries", are you really going to be following the bible? I realize that many freemasons might be good people, cuz I know some Jews are good people, being one. But why don't they just become simple citizens and follow the bible? Secret meetings? Initiations?

"Good luck to both sides"

Anyone who is a freemason is a lying asshole. They have sworn their allegiance to Lucifer. I would not trust any word he says or writes. If both sides are of the Devil, the big question is: "At this point, what difference does it make?" Both sides are Luciferian and there's no such thing as a good Luciferian. They disrespect God and cause nothing but problems throughout the world. All of the freemasons are sleazy gutter-sluts.
https://verydumbgovernment.blogspot.com/2015/10/evil-is-spiritual-dysfunction.html