Ken Adachi - Why Trump Will Win 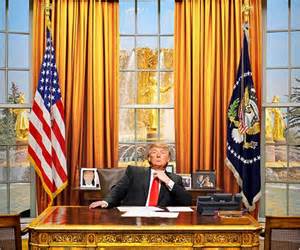 Clinton emails guarantee she cannot be elected.
Ken Adachi says: ignore the fears of a fix.
He lists the recent developments that ensure
Donald Trump will be the next US President.
by Ken Adachi
(henrymakow.com)
It's easy and safe to say that Clinton will win, no matter what. The "fix is in" etc. It's the sure fire, know-it-all retort from self satisfied cynics from Bangor to Bangladesh. But are they REALLY paying attention?
A lot of important developments have taken place between Oct 31 and today, Nov 2, that will make it less likely that Hillary will be anointed President by Soros on Nov. 8  Hillary's chances of being declared President are sinking lower by the hour- despite the plan to steal the election for her.
For instance, on:
1. Oct. 31, Bev Harris told Alex Jones EXACTLY how the electronic voting machines are manipulated to change the vote tallies and create the illusion of a win in any direction desired, and to any percentage desired, using a hidden software modality called Fractional Magic created in 2003 by a Bush-connected (later convicted) computer programmer. However, she also explained how the vote fraud can be prevented by using technology that is already built into every electronic voting machine and is required by federal election law to ensure transparency and public verification of the vote- if the public insists on its use.
2. Nov 1, Steve Pieczenik announced in a 6 minute video that the Clintons had attempted to effect a soft coup on Nov. 1 against the United States and ensure her rise to the presidency, but that the heads of Intel groups had effected a counter coup and told the Clintons that they were not going to take over and warned Obama to disconnect from Hillary - which he purportedly did on Nov 1 -  by removing all Twitter and social media support for Hillary's election and canceling most planned campaign stops.
3. Nov. 2: Pieczenik comes out with a second, longer interview with Alex Jones Nov. 2, outlining in much greater detail what had happened on Nov. 1 and the fallout that it is generating among Clinton's (now former) supporters who are , it seems, jumping ship.
4. Nov. 1, former Clinton media booster Chris Matthews of MSNBC announced that he is voting for Trump and can no longer support Hillary. Watch what other well known MSM mouth pieces do over the next few days. Are they seeing  the writing on the wall and are now concerned about keeping their jobs?
5.  Oct 29: Huma Abedin was last seen on Oct 29 and is missing from the Hillary campaign since the 650,000 emails on husband Weiner's laptop was seized by the FBI. The hacker group "Anonymous" came out with a video on Oct. 24 (3.2 Million hits so far) asking: Who is Huma Abedin?  A Saudi Intel asset, it seems, whose parents are both involved in working for the Muslim Brotherhood and Sisterhood. Pieczenik says Huma is working for Saudi Intelligence and should never have been given top secret security clearance after only living in America for 2 years and becoming Hillary's intern at 19 while Willy was in the White House doing his Willy thing.
5. Huma's perverted Jewish husband, Anthony Weiner, has really thrown a spanner wrench into the Clinton campaign when the FBI seized his laptop computer with 650, 000 emails saved by Huma for some unknown purpose. [Life insurance?]
6. The Weinergate emails now includes a new avenue of criminality, hitherto not mentioned, that involves both Willy and Hilly ~ pedophilia. Epstein is only part of the scandal. It seems to involve the Clinton Foundation and their elite "friends" around the world. After looking into the Hampstead case closely, pedophilia and the satanic ritual murder of babies and children, snuff films etc.,  go hand in hand among the demented Elites worldwide and is far more common than most Pajama People seem to realize.
Related -- Attempted Coup Thwarted

Comments for "Ken Adachi - Why Trump Will Win "

The fix IS in but Jim Stone's rip off of the voting results being created, plus the other things coming out, do have the possibility of destroying the fix. But it is still wrong to say there is no fix. Our elections have been fixed for decades. This is nothing new.

Anthony Weiner served as major Cog towards electing Donald Trump in the 2016 presidential election, which means Trump will be able to sell any manufactured downfall of America on his watch rather than on Hillary Clinton's watch. Three days ago, Paddy Power's Gaming website had Clinton 4/11 to win in the election, as of yesterday, it was 2/5 and Trump is 2/1 bet to win the election his numbers are improving. Paddy Power did get the Brexit wrong though. The rats leave Hillary Clinton Inc. once the FBI and local law enforcement starts arresting them or serving indictments. Appears today the Electoral College favors Clinton but for how much longer? Trump is getting stronger in the polls LA Times has him 5 points ahead. Trump the non-politician outsider full of baloney looks to unseat beltway establishment. Then he will drain the swamp in Washington DC as he claims. http://www.paddypower.com/bet/politics/other-politics/us-politics?ev_oc_grp_ids=791149

Trump is a Trojan Horse and the Globalist true choice IMO.