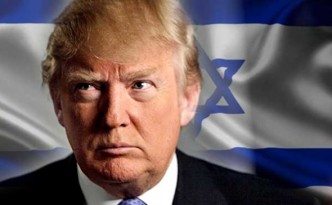 "We shall purify the idea [of God] by identifying it with the nation of Israel."  Banker Otto Kahn
While we're being distracted by domestic issues,
Trump's appointments all suggest we're being led
down the garden path to war with Iran leading to world war.
by Henry Makow, Ph.D.
Trump's election heralds a return to sanity on domestic policy but an alarming cognitive dissonance still exists in terms of Iran and the so-called war on terror. All of Trump's appointees are advocates of war on "militant Islam" and blame Iran for "sponsoring
terror."  They ignore evidence that Saudi Arabia and Quatar and not Iran fund ISIS. They ignore evidence that ISIS was trained, armed and supported by Mossad, CIA and the West.
All of Trump's appointments point to a gratuitous confrontation with Iran orchestrated by Benjamin Netanyahu. This could easily lead to World War Three.  In the current issue of The Atlantic, Uri Friedman writes:
Several of the president-elect's national-security appointees have argued that the United States is at war with "radical Islamic terrorism," or "radical Islam," or something broader still, such as "Islamism." They have described this war as a primarily ideological struggle to preserve Western civilization, like the wars against Nazism and communism. The war is not confined to extremist Sunni Muslims or extremist Shia Muslims; the Islamic State and the Islamic Republic of Iran are seen as two sides of the same coin. (The Coming War on 'Radical islam')
While Trump is saving jobs in Indiana, the US House of Representatives is calling for 'no fly zones' in Syria and the Senate is planning to reinstate sanctions on Iran.
While globalist Jews (Soros) are responsible for flooding the West with Muslims, Zionist Jews (the Mossad) are fanning the flames of Islamophobia and organizing terror attacks.  We can expect a series of "ISIS terror attacks" like the one Monday in Ohio to increase the war hysteria.
This is consistent with the Illuminati's long-term manufacture of a "War of Civilizations" between Islam and the West reminiscent of Albert Pike's prophecy of a Third World War. 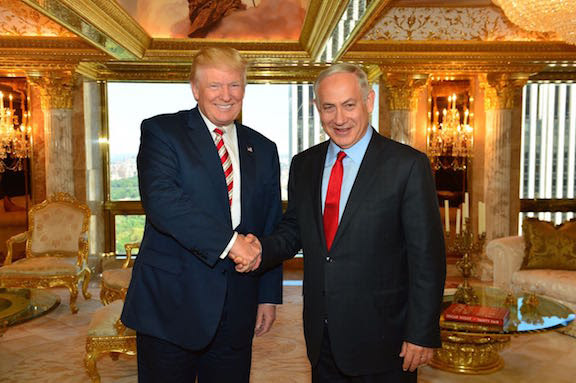 Thanks for your splendid article on Trumpâ€™s real mission. I am glad that Iâ€™m not the only one in the alternative media circles, who is having the feeling that Trump is going to lead the world to the final countdown of the instalment of a world dictator in Jerusalem. It has been my feeling all along that in our time we are going to witness a transition from the now being dismantled Pax Americana, which is the Pax Britannica in disguise, to the Pax JudeÃ¯ca.

All past historic geopolitical developments point in that direction. In my opinion, the only thing we can do about it is to look for the working of Lucifer in our own minds and souls. Because our souls are the real battleground. The battles in the outside world are a mere distraction for becoming aware of this inner battleground. They want our soul! So bringing the workings of Lucifer in ourselves into the light of our consciousness, is the healing code for the present moment. It's the best defense against the outer Luciferian influence.

The Leftist Marxists have taken a step back, but now the hard-liner Zionists are in the seat again. Not that it matters to them, they always control every narrative, and the axel between the left and right... It all leads to goals in their favour.

One of the major issues we now face with Trumps victory is the massive amount of alternative media outlets that manipulate public opinion. Instead of a handful of 'mainstream' media outlets, we are left with a million 'alt-right' outlets and moronic talking heads, that are as devoid of intelligence as the former - total confusion.

"Our papers will be of all complexions; aristocratic, republican, revolutionary, anarchical... Like Vishnu, they will have 100 hands, and every one will have a finger on anyone public opinion as required." Protocols of Zion

Sorry, but Netanyahu is mostly a CFR pawn as the late Barry Chamish proves:
https://www.youtube.com/watch?v=nZ_t5JhzBTo

This plan of a Greater Israel was certainly considered...but somewhere along the way, it died. The current plot calls for Israel to return to the pre-1967 borders with Jerusalem becoming an international city. Chamish believes that the Vatican will control it. Their plans are certainly documented online in detail. Look it up

I used to believe that for years, but recent events with Pope Francis suggests that the globalists might turn Jerusalem over to a world religion. The Vatican is needed to help bring their plans to pass.

Israel may be behind Trump but Israel is a front too. It's not really about a Jewish state. Luciferians cannot truly follow Talmudic Judaism, because Talmudic Judaism, with its flaws, has some positive teachings. Israel has become a front, simply for Satan and his host. It will be a base for Satan to bring his kingdom on earth, because all Satan does is copy God. Since that is God's country, Satan is trying to make it his. There are many Kabbalists who would be against the dark path that the elite Luciferians have chosen. Not all mysticism is about sacrificing babies for Satan, thats just the kind our leaders are into. They aren't really Jews or even human, just the worst scum in the universe manifested as beings, destined for hell.........

In the old world before European Orthodox Jews got eliminated, both the USA and Palestine were considered Treyfe Medina (Unclean country) because of the secular governments and society. Now Jews have become Illuminati fans....

Great article, â€œMaking Israel Great Againâ€, however I have to disagree with you on the Muslim issue. Though I abhor what the US has done to Muslim countries, and the idea that the US would go after Iran militarily, Muslims are indeed a problem. They do not belong here in the West. Even if you want to say that all of the terrorist incidents are phony, all you have to do is look at Europe. The rape epidemic alone is a product of a barbaric Muslim mindset that says any infidel woman deserves to get it. Donâ€™t forget that there are now 22 Sharia no go zones in England alone. So while there may be moderate Muslims, there are just too many of them that act like they are from the stone age.
--

I agree with you. They don't belong here in such numbers. They are part of the Jewish banker agenda.

This was Hillary's "competition." Anyone who denies that the Rothschild cabal owns both major American political parties is willfully blind.

Remember, as a voter you NEVER get to vote YOUR choice. Your vote is only for one Rothschild choice or another.

This is the reason for the lying slogans that voting your choice the only way you can - third party (but not Greens or Libertarians, also Rothschild owned) or, better by far, by writing in an honest person's name - is "wasting your vote."

Even if the cabal quit fixing the vote counts they have already fixed the election before it was even conceived. It's called "gaming the system."

The only way to correct this is to FORCE the government to create our own money honestly, simultaneously depriving the Rothschild empire of creating our medium of exchange as their private debt at usury, by which criminal scam they have conquered the world, while permanently imprisoning all of them, confiscating their criminally gained wealth. All of it. This goes also for those who "invest" in buying and selling national exchange mediums, a crime of the worst kind of greed.

Great article, I think you nailed it.

Trump is a Rothschild proxy.

Israel is a Rothschild project.

The Rothschilds are scions of the mystical jewish traditions that worship Lucifer.

The Judeo-Masonic messianic script can accelerate through The Donald.

Pike's Masonic war between Zionists and Islamists could conjure the Ersatz Israel objective that will summon the anti-Christ.