This Establishment is Not Going Quietly 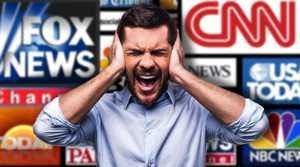 Comments for "This Establishment is Not Going Quietly"

Enough with blaming most of our woes on "the Jews,"
illustrates either a profound ignorance of true history or some kind of diversionary tactic. No one who truly understands the degree of economic, cultural, and political influence the Jews have played, and are playing, in our nation could possibly make such a statement. Neither is Trump an exception to Jewish control and influence. He appears to be a rabid Zionist intent on fulfilling the Project For A New American Century.

"The gratitude the patriot experiences in contemplating the daring of the men who in 1776 signed the Declaration of Independence against the world's mightiest military empire" Wait a second. Those were Freemasons, and the USA remains a crown colony.

I have got to go with Sid on this one. It is only with people like him speaking the truth that the population of this country will hopefully someday awaken to the scam that is being played out before them.

In the first place, we are never reminded that the Continental Congress that gave us our Constitution wanted to do so absent a little thing called the Bill Of Rights. It was only through the work of great patriots like Patrick Henry and George Mason that we ended up with it at all.

Truth be known, Great Brittan could have whipped the rag tag colonial army at any time during the first three years of the revolutionary war. With a troop advantage of 3 to 1 and being the best trained and equipped army in the world, it would have been a walk in the park if Brittan had wanted it that way. If Americans want to thank someone for their so called "independence", it had better be the Howe brothers(General and Admiral)who saw to it Washington was never hunted down and finished off.

As for Trump, you folks who put your faith in him are living in a dream world. Look at his cabinet picks for crying out loud. The man who ran his campaign and figures to have great influence over him is a Jew who resides at 666 5th Ave.(can't make this crap up). His daughter is married to this man and has since converted to Judaism. Listen to him "praise" Israel and you soon figure out he IS NOT a true "American Firster". He is just another lackey for Zionist Jews who run this country and seek to use our young men and women, and our national treasure to see that their plan for a "Greater Israel" marches on.

Trump says he would resume such sales, saying “Yes, I would. I think it’s ridiculous” the practice was stopped."
The Police State will actually grow under Trump and if even possible, you will loose more constitutional rights. Welcome to Trumps America.

Hope is what they give you in a small doses so you won’t revolt. Your first comment on this hit the nail on the head, Trump was them giving hope, to make us believe change can happen. Its over Satan and his minions have passed the point of no return, and they could not have done so without the help of those so called Christians that think it is ok to bend, be weak, compromise with evil.

We were all warned
long ago what was to come, but we took our eyes off the ball. we allowed ourselves to be distracted and ignore his words in the name of progress, greed, self indulgence and pride. Now we must pay the price, enjoy the ride; we all asked for it.

Don’t you think that it is only fair that an election which was secretly and unfairly given as a gift to a megalomaniac rapist instead of a witch by the FBI should be taken back by another secret agency? The dilemma that the subjects of the superpower are facing in the form of choosing between a megalomaniac rapist and a witch for their president is their KARMA.

They believed in the lies of September 11, and willfully participated in the killing and justifying of mass murder and genocide- more than 4 million people worldwide (“God sends them a powerful delusion so that they will believe the lie”; Thessalonians 2:11).

There has been no real court case, no real investigation in to the events of Sept 11, yet Barak Obama declared that ‘justice’ has been ‘served’ after the assassination of Bin Laden. People are still hold in detention without charges (because none actually exists) for more than 15 years.

Even killing innocent mother and children by the American Sniper has become the right thing to do in the psychotic psyche of the delusional public.
My guess is that the CIA must have ‘credible evidence’ otherwise they would not dare becoming suddenly patriotic just like the FBI did before the election. This evidence will be shown not to the public, but only to the people who matters such as the electors and the senators.

Then what?
The typical response of the illuminati is an even bigger false flag event: Sept 11 part II to subjugate the people to even more harsh measures, I guess.

For once I completely agree with Tony B, and pray that one day people will realize Drumpf is one of the AntiChrists. Remember what the Bible says: that even the most devout Christians will be deceived.

For once I completely agree with Tony B, and pray that one day people will realize Drumpf is one of the Anti Christs. Remember what the Bible says: that even the most devout Christians will be deceived.

This writer is one of two things, both not complementary.

He is either a disinformationist or he is absolutely clueless about who really runs the world, how and why. The motives he ascribes to front men are nonsense.

The whole article follows the shallow, on the surface show time for the misinformed.

Time for people to face the easily discerned fact that Trump is one of them. Just another Rothschild prostitute. Get over the euphoria about nothing.

This is an exceptionally well-written article. The only thing I would add is that the money powers who are behind this globalist push are well-versed in the art of deception, propaganda, and the dialectic process. The people, as the article states, have the power to stop the artifices of the elite just by simply ignoring them. This isn't as easy as it appears on its face. To do so we need to reject modern popular culture. Why? Because pop culture is the spawn of the globalists and they use it to their ends.

Our entire society is built upon a psy-op. The mainstream news media is comprised mostly of all editorializing that poses as actual news. The television entertainment programming (I would even categorize mainstream news as this, but that's another story) is built upon some of the basest human (animalistic) impulses. When is the last time you watched a popular TV show that made you feel warm and uplifted? You have to tune into reruns of decades-old shows to get that. The modern ones peddle rudeness, vulgarity, sexuality, subterfuge and backstabbing, disrespect, and otherwise portray the worst characteristics of people. There's very frequently an underlying political message in these shows too. Yet we sit and laugh at it while absorbing it, don't we?

It's time to reject the anti-family, anti-Christian, anti-traditional values (said traditional values are based on Christianity, by the way), and anti-good sense message we're bombarded with through the mass media. If we do this, the majority of the battle will be won already. Take away the medium for the communist/Satanist/cabalist elites and who will be able to hear them? That power lies within each and every one of us. Turning off the TV is the first major step.

Libtards are whiney little bitches and they have almost destroyed the future of mankind with their promoting of homos, lesbians, LGBT, and pedophilia. Libtards are a disgrace to mankind and they don't deserve anything good. They destroy the economy and have ruined the minds of the children. Just remember, if the media is willing to cover-up pizzagate then what else do they intend for the children?

Frankly, I don't care what the MSM says and I hardly ever watch their news programs as I know for a fact I'll get nothing but a bunch of lies. Every time we take in lies, our minds become less effective. How do you know when a media person is lying? When they are moving their lips. No one cares about their Freemasonic-Marxist agenda. I hope they whine for the next four years or forty years. Will Trump be any better? I hope so. A dead gorilla would be better than the Hildabeast (stinky). The powers that be put out a candidate in Hillary who isn't that bad looking but manages to be extremely ugly and unappealing due to her evil ways. Anything the MSM says doesn't matter.