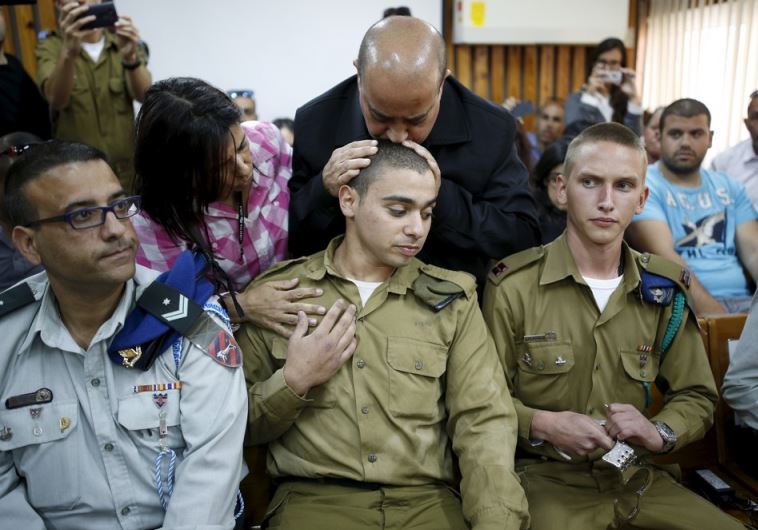 (Elor Azaria, left, is an example of the "society of extremists" Zionism has produced in Israel.

He murdered an incapacitated Palestinian; Israeli society is lined up behind him)

In 1943, J.S. Bentwich described Zionism as a parallel movement to Nazism. He warned that the Zionist indoctrination of Jewish youth was producing a society of extremists who will use any method necessary to achieve Zionist goals; and he pointed out that, as fascism in Europe has demonstrated, such a society is very difficult to undo once it has taken root. J.S. Bentwich was A ZIONIST, the Senior Inspector of Jewish Schools in Palestine.

TERRORISM: HOW THE ISRAELI STATE WAS WON

A report by US Intelligence in the Middle East, dated the 4th of June, 1943, entitled "Latest Aspects of the Palestine Zionist-Arab Problem" described "Zionism in Palestine" as a type of nationalism which in any other country would be stigmatized as retrograde Nazism, and stated that anti-Semitism was essential to it. Whereas assimilated Jews in Europe and America are noted for being ... stout opponents of racialism and discrimination, Zionism has bred the opposite mentality in Palestine, a spirit closely akin to Nazism, namely, an attempt to regiment the community, even by force, and to resort to force to get what they want. 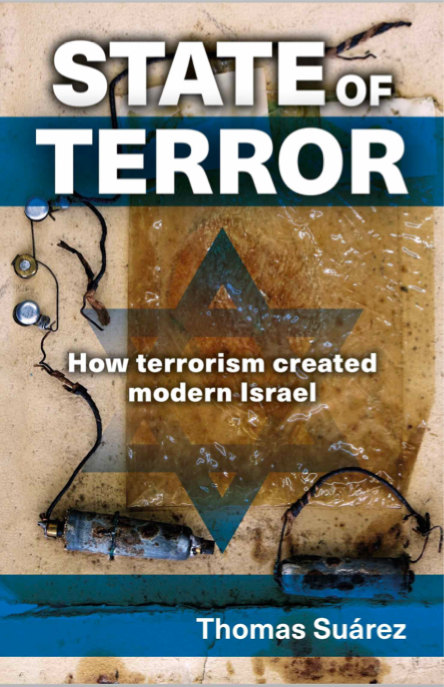 US intelligence assailed "the crude conception" being spread of the Palestinian people as "a nomad tent-dweller ... with a little seasonal agriculture", as being "too absurd to need refutation". The report noted the irony that it was from them that Zionist settlers learned the cultivation of Jaffa oranges. Whereas the Palestinians were self-sufficient, the Zionist settlements exist on massive external financing, and should Jews overseas ever tire of supporting the settlers, "the venture will collapse like a pricked balloon". The conclusion of this early US intelligence report was however naÃ¯ve, or at least premature: now that the world "has seen the lengths to which the Nazi creed has carried the nations", it reasoned that the Zionists "are due to find themselves an anachronism".

After the war, the Jewish Agency discussed its enemies. They were democracy; the Atlantic Charter, which of course became the basis for the United Nations; Reconstruction; and the fall in anti-Semitism, anti-Semitism having always been Zionism's drug, without which it would be irrelevant. The Agency sought to exploit anti-Semitism and blamed declining anti-Semitism in the United States on America's so-called "democratic attitude".

Nor was this merely a post-war abuse. Even as Jews were still being carted off to the death camps, the New Zionist Organization's Arieh Altman was typical in arguing that anti-Semitism must "form the foundation of Zionist propaganda", and the Defence Security Officer in Palestine, Henry Hunloke, reported that it was important for the Jewish Agency to "stir up anti-Semitism ... in order to force Jews ... to come to Palestine".

Now, today, when anything approaching this topic is raised, it is twisted by some into the pejorative misstatement that the speaker--in this case, me--is blaming Jews for anti-Semitism.

NO. Rather, it is the simple fact that Zionism requires anti-Semitism, is addicted to it, and seeks to insure that it, or at least the appearance of it, never ends. One need look no further than the satisfaction among many Zionists today at the true anti-Semitism of the incoming US administration of Donald Trump, with Israeli journalists like Yaron London openly applauding this anti-Semitism as welcome news.

I also mentioned Reconstruction. As one former settlement member, a man named Newton, explained, Zionist leaders were afraid that with the improvement of conditions in Europe the pressure on Palestine would subside. Any improvement in Europe was an anathema to their plans. 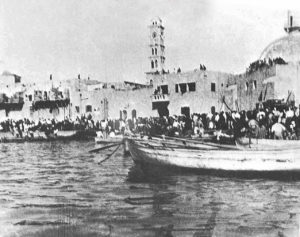 (The ethnic cleansing of Jaffa, 1948, as survivors are rescued by boats. Photographer unknown.)

What was the Jewish Agency's reaction to Britain's role in defeating the worst enemy Jewry has ever known? It saw an opportunity for extortion. The war had devastated Britain's economy; but when Britain turned to the US for a long term loan to recuperate from its battle against the Nazis, the Agency tried to pressure Washington to deny the loan unless Britain acceded to Zionist demands. The loan was of course ultimately approved, but still in 1948 Zionists assailed US Congressmen for being pro- Marshall Plan, and the Truman administration itself dangled the loan in front of British officials when they tried to bring attention to Zionist atrocities.

By 1946, Zionist terrorism had become the defining daily challenge of life in Palestine, and one hundred thousand British troops proved unable to contain it. Anyone or anything that kept Palestine a functioning society was a target of the Zionists. Trains, roads, bridges, communications, oil facilities, and Coast Guard stations were constantly being bombed. Utility workers, telephone repairmen, railway workers, bomb disposal personnel were murdered. Police were long a favoured target and were gunned down by the dozens.

Among the smaller terror organizations that popped up was one specifically dedicated to Zionists' long-running fear of Jews befriending non-Jews, the ultimate fear of course being polluting what for the Zionists was the pure Jewish race. As a sample of its methods, the terror group doused a disobedient Jewish girl with acid, severely injuring her and blinding her in one eye. 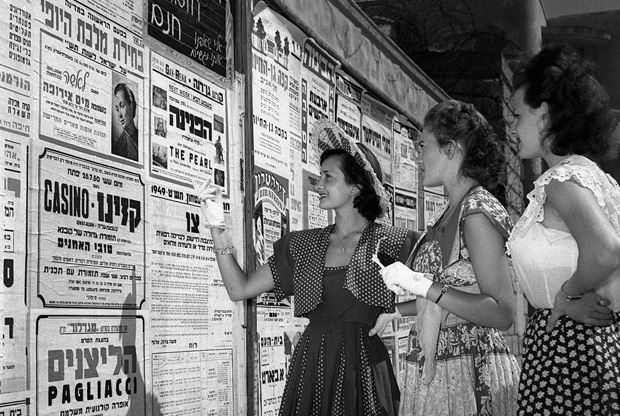 Zionist terror was aided by the Jewish Agency's phenomenal intelligence network. The Agency had informers all the way to high-placed sympathetic US officials that fed them intelligence, such that the British learned not even to trust direct messages to US President Truman.

When the UN's Palestine committee, UNSCOP, visited Palestine in the summer of 1947, the Agency had replaced the committee members' drivers with spies; had replaced the waiters at the main restaurant they frequented with spies; and most productively, sent five young women to serve at what was called a "theatre network" of house attendants at the building where the members, all men, were being housed. The young women were required to be smart and educated, but above all, in the Agency's word, to be "daring". Whatever 'daring' meant, they extracted a wealth of information from the key people who were deliberating Palestine's future.