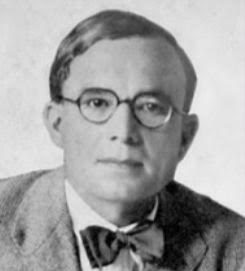 (left. J.D. Unwin, 1895-1936)
Joseph Daniel (J.D.) Unwin was an Oxford university social anthropologist
whose research on 80 primitive tribes and six civilizations
revealed that societies that practiced heterosexual monogamy
were far more successful.
Satanists know this.
Below are several quotes that flesh out Unwin's conclusions.
"If the British anthropologist J. D. Unwin is correct in his assessment of society, this present generation in the Western world may be the last one. In his book, Sex and Culture, (pdf) professor Unwin studied eighty 'uncivilized' cultures and compared his results with sixteen 'civilized' cultures extending over the last 4,000 years. He found that when strict heterosexual monogamy was practiced, the society attained its greatest cultural energy, especially in the arts, sciences and technology. But as people rebelled against the prohibitions placed upon them and demanded more sexual opportunities, there was a consequent loss of their creative energy, which resulted in the decline and eventual destruction of the civilization. Remarkably, he did not find any exception to this trend."
--Janosik, Daniel. "The Fate of Culture in J. D. Unwin's 'Sex and Culture'" in Christian Apologetics Journal,â€¨ Vol. 10:1 (Spring 2012)â€¨. 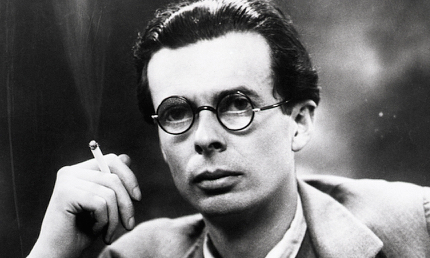 "Unwin's conclusions, which are based upon an enormous wealth of carefully sifted evidence, may be summed up as follows. All human societies are in one or another of four cultural conditions: zoistic, manistic, deistic, rationalistic. Of these societies the zoistic displays the least amount of mental and social energy, the rationalistic the most. Investigation shows that the societies exhibiting the least amount of energy are those where pre-nuptial continence is not imposed and where the opportunities for sexual indulgence after marriage are greatest. The cultural condition of a society rises in exact proportion as it imposes pre-nuptial and post-nuptial restraints upon sexual opportunity."
--Huxley, Aldous (1946). "Ethics" in Ends and Means, Chatto & Windus, pp. 311-12.
"Unwin concluded that the fabric that holds a society together is sexual in nature. When life-long heterosexual monogamous relationship is practiced, the focus is on the nurture of the family and energy is expended to protect, plan for, and build up the individual family unit. This extends to the entire society and produces a strong society focused on preserving the strength of the family. However, he found that when sexual opportunities opened the door to pre-marital, post-marital, and homosexual relationships, the social energy always dissipated as the individual focused more on self-gratification rather than societal good."
--Janosik, Daniel. "The Fate of Culture in J. D. Unwin's 'Sex and Culture'" in Christian Apologetics Journal,â€¨ Vol. 10:1 (Spring 2012)â€¨.
Related:
Same-Sex Marriage Ruling Washes Away Values We Hold Dear
In March, 2014, federal District Judge Aleta Trauger ruled that Tennessee must recognize as valid the same-sex marriage of three couples that moved here after being married in a state that allows same-sex marriage. In so ruling, she noted the "rising tide" of support for same-sex marriage. It is a rising tide, but it is one that will wash away more things than the institution of marriage....
The state, in its brief in support of Tennessee's definition of marriage as one man and one woman, tried to tell Judge Trauger that to rule against the state was "an affront to its sovereignty" and would make our public policy on marriage "subservient to that of other states." She apparently didn't care....
Consider the fact that a federal judge in Utah has already taken the first step toward validating polygamous marriages. According to Judge Trauger's rationale, Tennessee may one day have to accept and validate polygamous marriages. There is no other conclusion she can reach. And who knows what California may come up with some day? 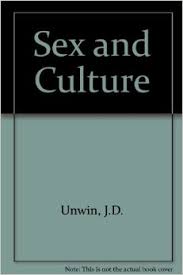 To assert that judges, by redefining marriage, are washing away civilization itself seems ludicrous. But the research of Dr. J.D. Unwin, professor of ethnology and social anthropology at Oxford and Cambridge, suggests that one should proceed slowly in rejecting that possibility.
Dr. Unwin wrote:  "Any human society is free to choose either to display great energy or to enjoy sexual freedom; the evidence is that it cannot do both for more than one generation."
In other words, the energy it takes to create and maintain a great civilization does not exist in a society that has chosen to "enjoy sexual freedom."
His research also showed that societies that rest on sexual freedom never recover their civilizing energy: "In human records there is no instance of a society retaining its energy after a complete new generation has inherited a tradition which does not insist on pre-nuptial and post-nuptial continence."
Of course, in describing "nuptial," Dr. Unwin was not considering same-sex nuptials inasmuch as those relationships were (and still are) inherently sterile, incapable of even producing a "next generation."
Sadly, the polls show millennials overwhelmingly reject a monogamous sexual ethic.
The bottom line is that a civilized society's days are numbered if it rejects a sexual ethic that values sexual restraint and monogamy.
So, contrary to what Judge Trauger and the proponents of same-sex marriage want us to believe, those who want to redefine marriage to fit their no-boundaries sexual ethic are the ones on the "wrong side of history."
--------------------
Thanks to Louie for the tip!
First Comment from Jennifer:
The famous ancient play Bacchae from Euripides tells the timeless universal truth and lesson -of man's/society's downfall when it lifts sexual restraint distorting the balance between Dionysian energy - wild, crazy, addictive behavior and Apollonian energy -restrained, controlled, rational behavior.  When Dionysian energy is channeled into Art and creative endeavors societies flourish. When Dionysian energy is channeled into sexual "freedom" i.e. deviant sex addictions its a dog chasing its tail - a narcissistic dead-end.
I feel we are past the tipping point as too many people just demand their right to have sex whenever with whoever. One 80 year old feminist woman, that is concerned about equality, told me: "Young women should enjoy premarital sex just as much as men" and "If men get to cheat on their wives then wives have a right to go out and cheat on their husbands too."
I tried to explain that because of oxytocin bonding a young woman can not simply enjoy multiple sex partners. But she was so disconnected/dissociated/demonized the only thing that mattered was getting an orgasm.

Quote: "Remarkably, he did not find any exception to this trend."

Unwin should have looked further afield. The book gets criticized for not including the Cheyenne and others that had prohibition of pre-nuptial sex, yet didn't reach the status of a temple building civilization. That's at least one fly in the ointment.

Of course, the church would embrace a work like this... and cultural Marxists rip it.

It is an interesting topic, and someone should check the real truth behind it. It's easy to throw apples that are not red out of a basket, and then say, look all apples are red.
If the Cheyenne are the only exception, and otherwise Unwin's conclusions are at least by and large true, then this is still an important book.

ON THE NATURE OF HUMAN LIBERTY