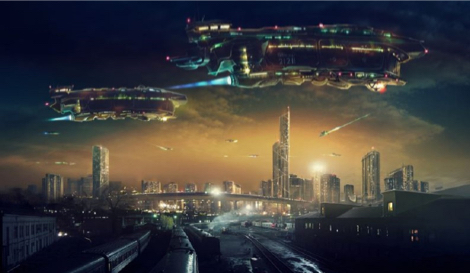 Joachim Hagopian believes that, thwarted by populism, the globalists
" will try selling us on the 'need' for protection that can only be delivered by
a one-world government, fighting off humanity's worst "common enemies" -
the ravages of climate change [hoax] and hostile alien takeover [hoax]."
Below is the conclusion to a most thorough account of the mystery associated with
Nazi UFO military bases in the Antarctic and Admiral Byrd's expedition where he apparently encountered space aliens. I reserve judgment on this and the prospect of an alien invasion hoax. However, Hagopian's
concluding picture of where we stand today rips away the veils.
Joachim Hagopian  is a West Point graduate and former US Army officer.  After the military, Joachim earned a master's degree in Clinical Psychology and worked as a licensed therapist in the mental health field for more than a quarter century. In recent years he has focused on his writing, becoming an alternative media journalist. His blog site is at http://empireexposed.blogspot.com.

Let's take a snapshot of the last 100 years to concretely illustrate how we arrived at the precipice at this moment.

The globalist agenda has been to gain absolute control over humanity using its debtor-slave central banking system, savagely raping and looting nations and populations, by calculated diabolical design, orchestrating history's two deadliest world wars with a third on the way, manipulating every economic depression and recession in a thoroughly rigged, crumbling financial system, and increasingly abusing and violating us with unprecedented invasive electronic surveillance in order to usher in its sinister NWO Malthusian con job of a one world government tyranny and control.

Misusing Tesla's free energy technology for destructive military ends only, rather than liberate humanity, the ruling elite has instead chosen to further enslave us through oil war addiction for greedy profit and hegemonic, centralized control.

Rather than eradicating disease, the elite engages in suppression of cancer cures feeding a corrupt, Rockefeller-controlled Big Pharma-healthcare monopoly, poisoning us through mandatory killer vaccines, fluoride in our water, heavy metal aerosols in our air, soil, water, lungs and brains, while maintaining a nonstop policy of war exclusively to benefit the military industrial security prison complex profiteers who loathe us and want us dead or dying, all the while deploying a 24/7 mind control propaganda machine, feeding an insatiable greed that guarantees maximum absolute power, authority and control over the global masses.

This is the abysmally sad and pathetic world we're currently living in - the Orwellian nightmare of total deception in the name of global genocide.

But 2016 has not gone according to the globalist plan. After the Brexit defeat and US election loss due to a growing worldwide populist movement that's rejecting globalism, still reeling and on the defensive, realizing their MSM "fake news" is no longer fooling the people finally waking up to the crime cabal reality, the planetary rulers are now preparing us for their next staged event, a partial ET disclosure that will try selling us on the "need" for protection that can only be delivered by a one world government, fighting off humanity's worst "common enemies" - the ravages of climate change [hoax] and hostile alien takeover [hoax]. And that's where all this Antarctica secrecy comes in and is going.

They're about to warn us of the impending evil "reptilian" invasion bent on conquering and colonizing us earthlings. Recall globalist Buzz Aldrin's tweet warning us of the evil down under. But remember, it's all simply another deceitful variation of the same as the old boss.

Let us not be duped by the globalist pope who's co-opting with the "good ET's" to reformulate a one world religion selling our spiritual salvation. Or Francis sending his sidekick Patriarch Kirill to exorcize the evil forces down under with the globalist brand of holy blessing.

As we enter 2017, the doomsday controllers have all their bases covered, locked and loaded and ready to go as they always have. Just as they back every handpicked presidential Republican vs. Democrat puppet to polarize, distract and divide us, they always back both sides to every one of their manufactured wars, and this one against the reptilians is no different. They're highly skilled at stringing us along with lies and half-truths, forever instilling duality and confusion into their dumbing down equation to seize maximum, cluelessly brainwashed control.

As long as the globalists manage to divide and rule over us through the dichotomy of good guy versus bad guy, God vs. Satan, good ET vs. bad ET, good religion vs. bad religion, good nation vs. bad nation, real fake news vs. bad true news, they will forever be playing us for the blinded, ignorant fools we've been for never learning our history lesson, doomed to repeat the same mistake, mindlessly reacting to their same old con game ad nauseam.

We are now seeing the elite's last desperate, deceitful ploy to frantically try and retain its full diabolical power and control through more sleight of hand deception. But this time we must not be fooled again with "same as the old boss" syndrome. 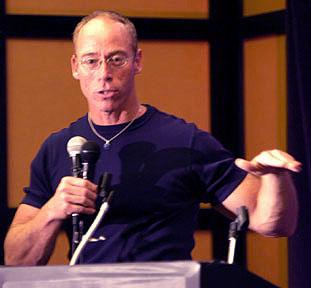 Head of the Disclosure Project Dr. Steven Greer, left, who's gathered an immense body of evidence about UFO's and extraterrestrials for over two decades, also believes that the current rogue government is planning a Third World War with so called aliens from outer space. Greer believes that the so called reptilian and grays are all black ops creations and that there are no evil ET's, citing the simple logic that if there were, their advanced superiority militarily and technologically would have destroyed humans a long time ago.

Instead, Dr. Greer foresees a fast approaching day when, like virtually every war a false flag operation is now in the making where deep state will stage a fake alien invasion using black ops technology and crisis actors playing their assigned role, complete with military intelligence operatives acting as their handlers. Recall that Lt. Col. Billie Faye Woodard said that the US government has been abducting children and programming and training them for this very role.

Steven Greer asserts that ever since 1953-1956 the Washington crime cabal has been planning and preparing for the eventual outcome of a fake interplanetary war with an evil ET civilization. The words from a 1955 speech by General Douglas MacArthur, a 33 degree Freemason, who had spent his entire life in the military and was an insider if there ever was one stated: "The next war will be an interplanetary war. The nations of the earth must someday make a common front against attack by people from other planets."

So for over six decades this coming war has been in the works. Halfway along in 1987, Reagan even copped to it:

I occasionally think how our differences worldwide would vanish if we were facing an alien threat from outside this world.

The elite always counted on using a common enemy to unite the world nations into a one world government. And the big interstellar war has always been their ace in the hole. Fearing that the globalists have been exposed like never before, they are fast tracking the alien invasion for 2017. They're now realizing that critical mass has been reached, and the pedophilia story cannot be swept under the carpet by MSM fake news.

And since the majority, or close to a majority, of those at the highest rungs of power in this world are deranged, satanic worshipping pedophiles, represented by the near four decades of nonstop Bush-Clinton-Obama reign of terror, they know that their jig's up.

The Illuminati realize that maintaining their enslavement of humanity by owning and controlling their morally challenged puppets they groom and hand pick into power and then wield control over through blackmail and death threats, they know those days are finally over. They're on the run.

We need a tsunami to drain the global swamp of perverse muck and vile darkness to wash away their entrenched rotten filth that's parasitically been sucking the lifeblood out of the human race for far too many centuries. Let 2017 be the year that together we take down the cabal and take back our planet before they completely destroy it. While this year the elitists lose their grip, they'll be throwing everything in their demonic power at us. So let the wisdom of truth and justice be our faithful guide to peace, safety and salvation.

Thanks to Ron for this tip!

Bingo. I like Greer's no nonsense analysis
Yes the aliens (greys etc) are vegetal black ops creations, they can be possessed by disembodied spirits (demons) and are created as vehicles for that purpose. I once went to see a Stephen Spielberg movie about Aliens and it was so dismal that I almost walked out but I now understand what it was about. It is going to be very annoying to see people talking about the "alien invasion".

Atheists are the only ones who can fall for the deception because this is all clear for people who know scripture. The reason the hostile "ETs" have not taken over yet is because they are bound by prophecy. There arent any ETs or aliens or if there are aliens they have no contact with us at all. Any experiences people have and I know people have them, are just regular demonic experiences and they have vegetal robot bodies to facilitate the demons manifestation into our wonderful dimension

When will we ever learn? We can not allow the other side to continue to control the narrative.

This monumental mistake is what got us where we find ourselves today!!

The narrative should NOT be ...If Russia interfered with the election...The narrative should be on what was the content of the DNC emails and the Podesta emails. The the American public could then easily understand that whoever was responsible for the leaks deserves a medal. John MCain and Llindsey Graham should be arrested for sedition and treason.

As far as the alien narrative goes. We must remind the public that Hitler had flying disks in the 1940's. All German scientists were detained and transferred out of Europe by the CIA. These scientists have been at the disposal of Washington ever since. The gentleman who wrote the article is exactly right. But he left out a very important point...the greys and the reptilians do actually exist. However they are NOT extraterrestrials...they are fallen angles, capable of form shifting. As incredible as this sounds it is the truth.

https://en.wikipedia.org/wiki/The_Architects_of_Fear
Henry â€“ your latest article, Alien Invasion- Is the Ultimate False Flag Next? Reminds me of an old Outer Limits episode.