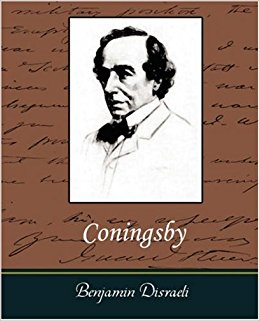 Only in Russia did the aristocracy have the interests of the people at heart.
That's why the Jewish bankers had to destroy the Romanovs.
Everywhere else the gentile elite joined the Masonic Jewish conspiracy
and betrayed the national interest. This pattern continues today.
Hoffman: "Where in Coningsby, with its elucidation
of Disraeli's "insider" revelations ascribed
to a Rothschild-like character, is there a
depiction of the gentiles' responsibility
and culpability for Sidonia's power?"
The Lord Chief Justice of England, Edward Coke had reaffirmed that "the Jews" were "perpetui inimici" ("perpetual enemies"), and that the possibility of their sincere conversion to Christianity was only remota potentia (a remote possibility). "Hence between them and us, as between us and the devil," declared Coke, "there can be no peace."
Excerpted from an essay in Revisionist History Newsletter no. 85.
To subscribe see here: http://truthfulhistory.blogspot.com
by Michael Hoffman
(henrymakow.com)
Judaism is the mother of racism and it is always a shame when other nations of people adopt that which is in its essence, rabbinic. By racism we do not signify concern for marrying one's own kind, which is the natural law. We refer to the racism that exhibits a need to disrespect, castigate, humiliate and oppress other races, while denying them equal rights before the law, which is the Talmudic attitude in a nutshell. Let us return to Coningsby. Are the declarations Disraeli has his character Sidonia put forth entirely pure revelation, or is there in this stew a pinch of misdirection?

While the novel is out of fashion now (no major press has kept it in print, though other novels by Disraeli have never been out of print in the catalog of major publishing houses), it was very much in favor during the 19th and early 20th century among gentile conspiracy researchers. They took it at face value, which was a blunder. It has been the objective of the Cryptocracy since at least the past six hundred years, to create among occult-watchers and conspiracy theorists the idea that it is, "the Jews primarily" who are responsible for wars and revolutions, as Disraeli wrote:
"The first Jesuits were Jews; that mysterious Russian diplomacy which so alarms Western Europe is organized and principally carried on by Jews; that mighty revolution which is at this moment preparing in Germany, and which will be in fact a second and greater Reformation, and of which so little is known yet in England, is entirely developing under auspices of Jews..."
By implanting this meme of a nearly exclusive conspiratorial role for Judaic persons, Disraeli (and the Right-wing conspiracy researchers who took their cues from his books), distracted attention from the gentiles who were the partners of the Judaic conspirators. In some cases Judaics were subordinate to those gentile conspirators (whether masonic, or as was the case in the Vatican, neo-Catholic). Without these non-Jews, the Judaic malefactors could not have advanced an inch in nations such as England, where their rise in the 19th century was spectacular, as it was in Rome, when Rothschild loans began to be made to the papacy not long after Aug. 18, 1830, when Pope Pius VIII, in Datum in audientia, abolished the last remaining ecclesiastical penalties for taking a profit on loans. Henceforth, unrepentant Catholic usurers engaged in the criminal trade were welcome at the Communion rail (and remain welcome today).
The Cryptocracy has a record of concealing the extent of the history of the gentile partnership with the Judaics. They preferred to propagate
myths, such as that usury in the early Renaissance was mainly in the hands of "Jews," when the opposite was the case, or that the Rothschilds simply sailed into Britain with their vast wealth and took over.
FAILURE OF ENGLISH ARISTOCRACY 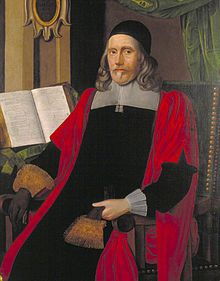 The English aristocracy could have consistently obstructed Rothschild bankers in the land had they resurrected back into force the ruling of one of the most esteemed legal authorities in the chronicle of their nation, Sir Edward Coke, [1551-1634] Lord Chief Justice of England. Coke had reaffirmed that "the Jews" were "perpetui inimici" ("perpetual enemies"), and that the possibility of their sincere conversion to Christianity was only remota potentia (a remote possibility). "Hence between them and us, as between us and the devil," declared Coke, "there can be no peace, for as the Apostle saith, 2. Cor. 6. 15, Quae autem conventio Christi ad Belial, aut quoe, pars fideli cum infedeli?" ("What covenant has Christ with Belial? Or what has a believer to do with an infidel?").
Standing on this ancient summation of the legal relations in England between Judaics and Christians, Queen Victoria and her subjects would have had every legal right to bar the Rothschilds from conducting banking and commerce. It was in their power to anoint or suppress the Rothschilds, Montefiores and Disraelis. Instead, in all cases and many more not cited here, by way of their gentile co-conspirators Judaics were granted pathways to power and rulership over the Christian population. Where in Coningsby, with its elucidation of Disraeli's "insider" revelations ascribed to a Rothschild-like character, is there a depiction of the gentiles' responsibility and culpability for Sidonia's power?
Disraeli's Coningsby burdened the Right wing with more than a hundred years of faulty conspiracy history that rendered the gentile role in the evil, as either almost non- existent, or an anomaly on the part of a mere handful of renegades. This writer is a witness to the psychology in America in 1973 when the majority of the over-50 generation found it almost impossible to believe that gentile President Nixon could have committed crimes in the course of the Watergate scandal. They believed it about the Judaic Henry Kissinger, but not about Nixon. We have analyzed this Cryptocracy-seeded phenomenon in our booklet, The Role of the Merchants of Venom: The Trend Toward Shadow Play in the Resistance to Judaism and Zionism. 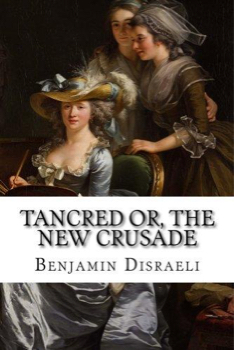 RACE MORE MISDIRECTION? DISRAELI SHOWS OCCULT BENT
After Coningsby, the Sidonia character appears again in Disraeli's novel Tancred, set in the Middle East. Like its predecessor, this book also contains copious Rothschild references, as well as Disraeli's advancement of the blasphemous occult thesis that both Jesus Christ and the Jews who had him killed "fulfilled the beneficent intention" of God, and "saved the human race."
An Irish member of Parliament, Augustus Stafford O'Brien opined, "Must I cheer Disraeli when he declares there is no difference between those who crucified Christ and those who kneel before Christ crucified?"
Thomas Power O'Connor identified the distinctive characteristic of magical occultism manifested by Disraeli: "One of the stratagems which may be traced in all his writings and speeches from the very commencement of his career...is to so mix up opposing principles as to make them appear identical...here, in religion, we have seen how the belief that Christ was an impostor and the belief that He is God, form exactly the same faith." 14
Tancred is otherwise packed with soothing conservative platitudes about patriotism, intending to show that "Jews" were its champions. The book's treatment of race is genuine, however. Disraeli has Sidonia say, "A Saxon race, protected by its insular position, has stamped its diligent and methodic character on the century...All is race; there is no other truth."
Disraeli has another character, the woman "Eva," daughter of a Judaic banker, argue at length that Jews are not guilty of deicide, and that of all the superior races on earth like the Saxons, the "Jews" are above them, since God had been "endowing them with faculties superior to those of the nations among whom they dwell..."
This is the masonic formula for world dominion "on the Level and the Square," superior Aryans on the level with the even more superior "Jews," in an invincible racial imperium that's absolutely a "square deal."
As circumstances require, chameleon Judaism manifests on the race-denying Left and on the racially-conscious Right. The latter fact is missed by many who don't discern the dynastic nature of the alliances that have been made in capitalist nations of the West between the Khazar-Judaics and Sephardim on the one hand, and upper class and plutocrat Caucasians.
-----
Copyright Â©2016 by Michael Hoffman. All Rights Reserved.
RELATED- The Real Disraeli was a Destroyer
Disraeli in  "The Life of Lord George Bentinck" written in 1852
"The influence of the Jews," he writes, "may be traced in the last outbreak of the destructive principle in Europe. An insurrection takes place against tradition and aristocracy, against religion and property. Destruction of the Semitic principle, extirpation of the Jewish religion, whether in the Mosaic or the Christian form, the natural equality of men and the abrogation of property are proclaimed by the Secret Societies which form Provisional Governments and men of Jewish Race are found at the head of every one of them. The people of God coâ€‘operate with atheists; the most skilful accumulÂ­ators of property ally themselves with Communists; the peculiar and chosen Race touch the hand of all the scum and low castes of Europe; and all this because they wish to destroy that ungrateful Christendom which owes to them even its name, and whose tyranny they can no longer endure."
First Comment from Dan:
The quote by O'Conner :  "to so mix up opposing principles as to make them appear identical", pretty much sums up the oxymoron, 'Judeo-Christianity'.
The term "JudÃ¦o Christian" was coined by a clergyman in 1821 to refer to Jewish converts to Christianity.  In the 1940's George Orwell morphed it to mean a common ethics.  He didn't seem to be aware the notion smacks of a term he invented: Doublespeak.
Someone should take a second look at Orwell's opus Nineteen Eighty Four to see if his "stew" had a "pinch of misdirection" too.

Comments for "The Feckless Gentile Leadership "

Most every time I read something of Hoffman's I get an uneasy mistrust of his seemingly one dimensional basis of dealing with everything on facts alone without considering the influences behind those facts. One would expect him to add to his marriage of talmudists and the elite of the goy the wiles of the devil and his purposes but it doesn't show up.