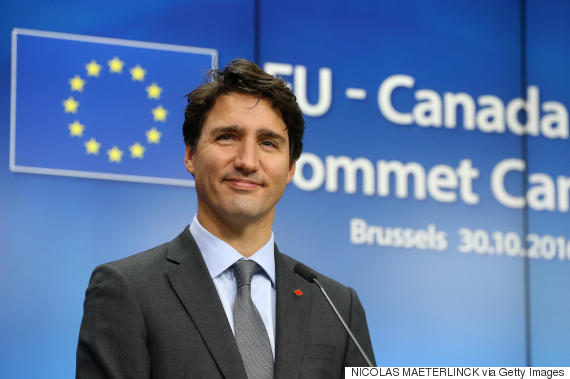 Canada-EU "Trade Deal" Contains a Gift for the Rothschilds
Ostensibly a trade deal, Bill C-30 will forever prevents the
Bank of Canada from creating debt free currency.
Dear Senators,
I suspect by now you have received emails and letters about the many problems that are an inherent part of Bill C-30 for the implementation of the CETA agreement between Canada and Europe. To say there are problems with the agreement are an understatement but I would like to focus on just one aspect of the agreement and it relates to the Bank of Canada.
If I may I would like to give you just a very brief history of The Bank of Canada which was created in the 1930's. The primary purpose of the Bank of Canada was to create money for the various levels of government in Canada during a very difficult time for our country. We were in middle of the Great Depression and we were soon to be involved in World War II in Europe. The Bank of Canada was given the power to create money for Canada in the form of low interest loans to the various levels of government in Canada.
The move was a huge success. It paid for the War, got us out of the Depression and paid for a great deal of infrastructure such as the Dew Line, the Trans-Canada Highway, and allowed us to create a health care system that was the envy of the world. It achieved all this with no more inflation than was taking place in the rest of the OECD countries. When the money was paid back to the Bank of Canada it was actually being paid back to WE THE PEOPLE OF CANADA because we own The Bank of Canada.
The Bank of Canada continued to be used up until 1974 when for some reason Prime Minister Pierre Trudeau discontinued the ability of the Bank of Canada to make those low interest loans to the governments of Canada. From that point on the governments of Canada were forced to borrow their money on the open market. The result has been that since 1974 our country has had to pay over $1.8 trillion dollars in extra interest on the debt that never should have been accumulated. I'm sure you would agree that this decision has contributed in a major way to the huge debt that now hangs over the Canadian people.
Up  until now, the Bank of Canada has always had the power to to make those low interest loans to the governments of Canada but has never used it. Politicians have always maintained that to do so would be inflationary. That of course has never been true. There is absolutely no evidence of that at all.
Now to the present day. Finance Minister Morneau and Prime Minister Trudeau for some inexplicable reason have included a clause in the CETA agreement that would forever eliminate the ability of The Bank of Canada to create low interest loans for the governments of Canada. One could be forgiven for asking why a clause on banking and money creation would be included in a trade agreement not to mention a clause that will have a catastrophic impact on Canada and Canadians. I would suggest to you that such a decision could not come at a worse time when the world finds itself in an increasingly perilous financial situation. The Bank of Canada could have helped our country get through difficult financial times just like it did when it got us out of the Great Depression.
Senator, I would urge you to take a very hard look at Bill C-30 and think seriously of its implications for the future of our country.
(signed)
Rick Tufts
Related- Details are in this Open Letter from Paul Hellyer to Finance Minister Bill Morneau