James Perloff: Should We Ourselves Brace for March 15? 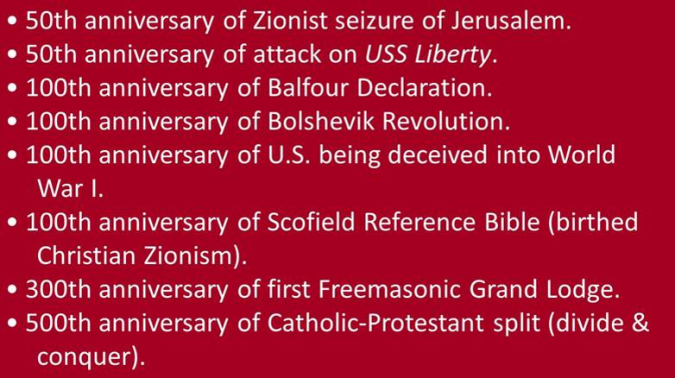 Left, For the Rothschilds, 2017 actually represents many significant anniversaries.
The date, March 15, resonates throughout modern
history. In an eye opening article, James Perloff
suggests it may again play a significant role in 2017.
(March 15 is a week from Wednesday)
FROM WASHINGTON TO THE MIDDLE EAST, SHOULD THE WORLD BRACE FOR MARCH 15?
by James Perloff
(Slightly abridged by henrymakow.com)
The MacMillan Dictionary defines a "perfect storm" as "a very unpleasant situation in which several bad things happen at once." Trying to predict the future is a way to end up with egg on one's face. However, so much converges on March 15 that prudence commends our at least being aware of them.
• Federal debt ceiling deadline. Recently the following comments from David Stockman, who was Ronald Reagan's Director of the Office of Management and Budget, caught my attention:
I think what people are missing is this date, March 15th, 2017. That's the day that this debt ceiling holiday that Obama and Boehner put together right before the last election in October of 2015. That holiday expires. The debt ceiling will freeze in at $20 trillion. It will then be law. It will be a hard stop. The Treasury will have roughly $200 billion in cash. We are burning cash at a $75 billion a month rate. By summer, they will be out of cash. Then we will be in the mother of all debt ceiling crises. Everything will grind to a halt. I think we will have a government shutdown. There will not be Obama Care repeal and replace. There will be no tax cut. There will be no infrastructure stimulus. There will be just one giant fiscal bloodbath over a debt ceiling that has to be increased and no one wants to vote for.1
It's easy to see how President Trump's visions of a wall, improved infrastructure, and a $54 billion increase in defense spending (not that much less than Russia's entire defense budget) could evaporate in the weeks following March 15. Of course, Congress could do what it has before--raise the debt ceiling yet again. But in addition to the common-sense urgency of balancing the budget, Trump has enough enemies in the Establishment--Democrat and Republican alike, to say nothing of the media--who wouldn't mind seeing turmoil that could be blamed on him. The U.S. government did experience a two-week shutdown in October 2013.
• FOMC meeting. Stockman also notes something else scheduled for March 15: the Federal Open Market Committee's next meeting. He says: "They are going to raise interest rates on March 15. They have to. I'm talking about the Fed."2
Of course, Stockman's prediction may be wrong. But if the Federal Reserve raises rates, such a move, coinciding with a government shutdown, could send markets reeling....
• An important anniversary. For those who don't know, the Rothschilds have long been the human center of the Deep State (if clicking link, scroll down to timeline). For the Rothschilds, March 15, 2017 will be exactly the 100th anniversary of the day when their most hated enemy, the Tsar of Russia, abdicated. This paved the way for the Bolshevik Revolution, which they financed, followed by the slaughter of millions of Russians. 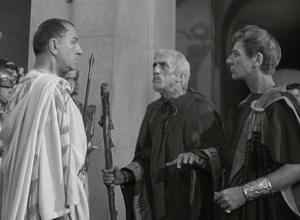 Comments for "James Perloff: Should We Ourselves Brace for March 15?"

Reading Mr Perloff and other queries online about this date. The satanists have always used the coded clock face numbers and even the Military 24 hour clock to empower themselves. The 15th March (15/3) equates to a quarter past three on the clock face where the two hands are on the three (equaling satan's signature of No 33). When the royal masonic queen mother died in her sleep, the masonic media said it was exactly 15:15. Yes, apparently her daughter was beside the bed and somehow she must have confirmed it???. Alternatively, the old girl woke up and pointed to her watch and then threw her head back on the pillow???.

Henry, I have studied these things. I know this evil personally so if you need even more on this occultic-satanic date, I can send it to you.

The "powers that be" conceal their game plans very well. When the speculators anticipate a specific date for a game changing even it usually means that it WON'T happen on that particular day as anticipated.
There is NO such thing as a "mayday number" like the 20 trillion when it comes to the debt. It would be naive of us all to believe that the powers in Washington would have no monetary agenda beyond any particular "number".
However, if something were to happen on that particular day like the '"Ides of March" we wouldn't know what it was perhaps weeks, months, or even years later.

Funny, here in Holland we have general elections on March 15. What could that mean??

Perloff's claim about the Khomeini revolution being engineered by the West is completely confirmed in this book by US Air Force General Huyser, who was sent to Iran to tell the Shah to abdicate. The Shah was shocked, and warned that radical Islamic elements would take over. Of course, that was completely the idea. The formula was to fulfill the scenario of Samuel P. Huntington's Clash of Civilizations.