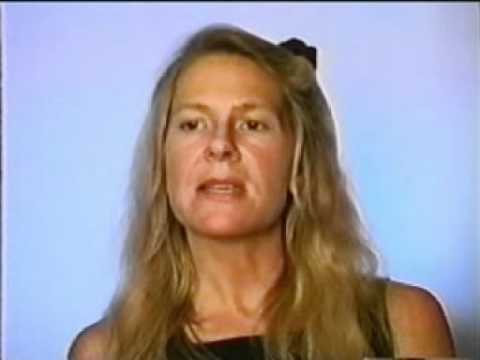 Cathy O'Brien, left, is a former Illuminati mind-controlled slave with personal
experience of America's ruling politicians. She says the media's portrayal of
Hillary Clinton as a feminist icon is an outrage. Clinton is a common criminal who tortured and sexually molested her.
The media's ridicule of Melania Trump and Kellyanne Conway
is like the mind control she endured but on a mass scale.
FEMININE RESPONSIBILITY
by Cathy O'Brien
(henrymakow.com)
When I woke up from decades of mind control, I was astounded to see how strong a hold social engineering had on society simply because people did not understand their own mind/brain function.
Knowledge is our best first line defense against mind control, whether it is the kind of robotic mind control I endured or that is achieved through deliberate social engineering of a populace via information control.
PTSD: Time to Heal gives deep insight into this otherwise suppressed knowledge on mind brain function, complete with SOULutions. 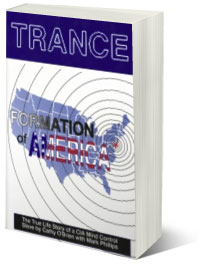 It took time for me to deprogram and learn to think for my self.  Outside input from well intentioned others was usually based on what to think according to their own social engineering.  I needed to learn how to think. Mark's [Philips, her husband] tenure in mind sciences proved helpful in learning how to exercise my brain, consider other perspectives, ask questions, deep listen, fact check, and learn to trust in truth again.
As I looked around my self, it amused and amazed me to observe the trivial things people argued about, protested against, and took issue with.  It perplexed me that feminism was an issue at all, and I turned to my most trusted female friend for insight.
This dear friend is a highly successful entrepreneur and philanthropist in her own right, effectively taking on causes that span environmental, educational, political, and humanitarian issues on local, state, and federal levels.  She epitomizes living true-to-soul responsibility, and has been doing so for 80+ years.  A brilliant mind whose wisdom I've stretched to reach for decades, her answer regarding feminism was simple and direct.
"Feminism is just an excuse some women use to be lazy and blame someone else for their lack of self responsibility.  Being a woman has never held me back." 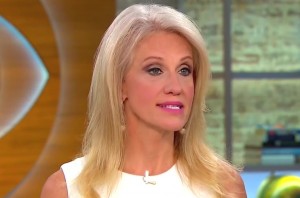 (left, Kellyanne Conway)
Lately it has been quite disturbing to me to see how women in the White House are being portrayed by the media.  Despite my best attempts to avoid social engineering "news" from the controlled media, there is always something imposed and in my face anyway.  Usually it comes through "news" feeds on the internet, or headlines as I walk past newsstands.
Personally, I am deeply impressed with the integrity, dignity and grace our nation's current leading ladies exude as role models for u.s. all.  Yet the incessant media-chatter criticism of elegant, intelligent women being seen in the Oval Office- even by those who wanted a 'woman' in the White House- is indicative of controlled media's last remnants of ingrained, ignorant, and divisive judgmentalism being imposed on society.
HITLERY 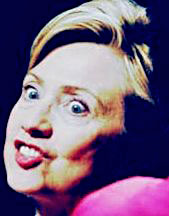 From my personal knowledge of who Hillary Clinton really is, she does not represent femininity by any stretch of the imagination.  Her involvement in MK Ultra mind control white slavery operations and trafficking would, and does, shock most people.  I've been whistleblowing for decades on Hillary's complicity in criminal CIA Black Budget funding mechanisms, which include Bill Clinton's cocaine ops and 'Poppy' Bush's heroin ops, as well as her perverse pleasure of being with a tortured mind controlled slave.  It's all in TRANCE Formation of America for those who dare to know the truth.  The point is, Hillary is an outrageous insult to 'women'.  Petition AG Jeff Sessions to LOCK HER UP!
My testimony for Congress regarding perversions that went on in the White House, including the Oval Office, remains stifled under the 1947 National Security Act, while the controlled media continues to spin perception- put forth as "news"- in accordance with a global agenda.
In an effort to defeat our feminine strength, women's identity is being diluted with adverse social engineering that touts Hillary as a 'woman' while degrading respectable females at every turn.
My call to women is, gather your strength of spirit and live responsibly, free of socially engineered hindrances. Maintain your innate integrity, dignity and free-thought intellect, using it to reclaim our birthright to respectable, purposeful living.  We must continue to make our voices heard by supporting businesses that support free-thinking women and  boycott those businesses who have taken a vicious stance against women in favor of supporting old school criminals like Hillary Clinton. It is up to those of us who think free with integrity, men included, to honor and respect those iconic women who are gracing the White House today.
-----
Thanks to Malcolm for the Tip!
-------