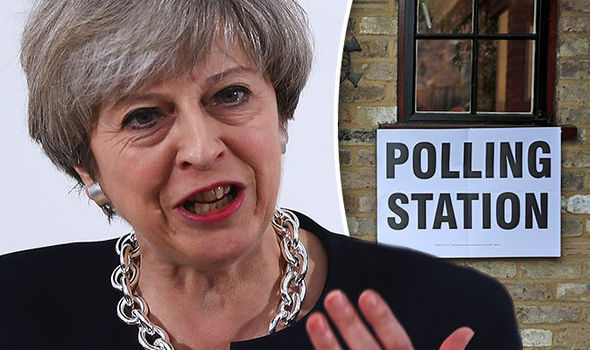 Politicians are not our leaders. They represent the Rothschilds, who are Satanists. Thus when Theresa May has a majority and three more years in her mandate, we have to ask: What Is She Up To?
Correspondent Richard Alderley has a provocative answer: "Brexit will never happen." he says. "UK forces are already amalgamating with EUFOR [EU Army] and we are adopting all EU laws in to British law. Brexit is another State scam designed to mislead the public. It is cover for greater amalgamation with the EU beyond any State declaration. The British State is in its death throes...the election is purely a delaying action. Everyone knows State paedophilia is the modus operandi of the Establishment. I suspect Rothschild introduced it to the US government just as he used it to bribe the UK government."
[Disclaimer: PM May seems committed to Brexit. I reserve judgment on Alderley's scepticism.]
By Richard Alderley
(henrymakow.com)
Britain is facing another General Election on June 8th after having been promised that there would not be another one until 2020. So just what is going on?
The mainstream media will tell you that Prime Minister May is looking for a new mandate from the voting public to carry out the Brexit sham as she thinks fit.
It is clear that the long delayed Brexit will be held over until after the election, in fact it will actually be held over forever if Theresa May, the Queen and the Bank of England get their way.
Some Establishment shills like tax avoider Nigel Farage, will incorrectly suggest it is to avoid the expenses scandals where quite paltry sums ranging from a few hundred pounds sterling through to forty or fifty thousands of pounds sterling, have been misappropriated by our self seeking political class.
At no point will Establishment shill Farage suggest that ex Chancellor Osborne or crook ex Prime Minister Cameron should be prosecuted for illegally selling off the Royal Mail to their rich City friends for Â£1billion, (one billion pounds sterling), less that it was actually worth. Now that is a crime against the nation, but that is another story.
Every Establishment shill will jump out of the woodwork with their own version of what this is about, including such treasures as the destruction of the Labour Party, the prevention of Brexit by the Remainers (now commonly referred to as the Remoaners), and other unlikely stories.
None of them, however, will even hint at the truth. Not one will suggest the true reason. Since every single one of these people are complicit in the fraud that is taking place before your very eyes, no one will or dares to speak the truth (for fear of their lives)!
MELANIE SHAW
If you put Melanie Shaw in front of the camera she would explain it all to you, but she is in solitary confinement on government administered drugs and is unable to help you.
When Prime Minister May was Home Secretary, Melanie Shaw stepped forward as a woman who had been abused by Westminster paedophile politicians. She told it all. How thousands of children, (she was one), are stolen by State employees from their parents, to be sexually abused and then often murdered for politician's sexual gratification. 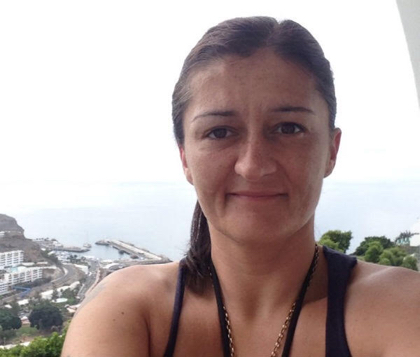 Left, Melanie Shaw
Home Secretary May as the Prime Minister was then, hushed it all up and had Ms Shaw imprisoned after a secret trial. As far as Prime Minister May is concerned Melanie Shaw does not exist, and officially there are no paedophile members of her parliament, despite historical evidence to the contrary both in the House of Commons and the House of Lords.
Ex-Prime Minister Heath, now deceased, another Conservative, just like May, is currently under investigation by Wiltshire police for paedophilia. [Heath linked to satanic pedophile ring that murdered 16 children.] Their chief Constable, Mike Veale, has been put under so much pressure by the government and its members in the House of Lords to discontinue his investigation, that he has been forced to issue a statement, recorded on video, stating his purpose and that he will not be influenced by outside forces who are daily making his life difficult.
The whole nation knows the entire House of Commons and the House of Lords are paedophiles, or condone paedophilia if they are not paedophiles themselves, but the State, the Establishment and all their media shills are in denial about it.
There are other police officers investigating or trying to report paedophiles in the House of Commons, one in the Metropolitan Police, who is being victimized by the [Masonic] Common Purpose trained new chief Constable Cresida Dick.
Yes, that Cresida Dick responsible for the murder of illegal immigrant De Menezes in the London Underground, through her complete incompetence and inability to adequately manage her badly trained and out of control armed police officers.
Britain is being run by a bunch of fascist paedophiles, who are being aided and abetted by incompetent senior managers both in the civil service and the police, who are either themselves paedophiles or are covering up State paedophilia for their thirty pieces of silver.
This emergency 2017 General Election is all about hiding the truth about rampant paedophilia throughout the British Establishment, banking and media. It is as simple as that, the Establishment is in a state of panic, because they know the game is up.
While whistle blowers like Melanie Shaw languish in prison, criminal Prime Minister May has called this General Election purely to cover up institutionalised State paedophilia. She plans to brush it all under the carpet in the hooha that will surround the election.
Why else would all the parties in Westminster support this charade? Many of them are going to either lose a lot of seats or be wiped out completely. Do turkeys normally vote for an early Christmas? A few hundred thousands of pounds being embezzled by a couple of hundred corrupt members of parliament is not the reason why May has called an early election.
The June General Election is being held to delay the day when incontrovertible evidence is revealed by the few honest police officers left serving the public, that the Houses of Parliament are nothing more than a vast State funded paedophile network.
---
Related - Interview with Melanie Shaw
First Comment from Thomas
Brexit was about the British establishment taking back control on behalf of the Americans, not the people taking back control. The general election is the establishment tightening its grip on the country by eliminating what opposition is left (not much) and conning the voters into giving Theresa May legitimacy as prime minister. This will be achieved by a poisonous media lying to the public about what is good for them and corrupt opinion pollsters manipulating opinion.
The Conservative Party has had no problem hushing up the paedophile scandals and electoral irregularities for years, so I doubt either is the reason for the election.

What you've written about the underlying reasons for the elections seem so sickening I'd rather deem it farfetched... I do hope it's a conspiracy theory.

Richard Alderley is right. Britain's "Prime Monster" keeps saying she's determined to get us out of the EU while secretly continuing to do the opposite. She's exactly the kind of lying jew that gives all jews a bad name. There was never any intention of allowing us to leave the EUSSR.

TRUTHFUL daily news reports (and a lot more) can be found at the UK Column website.

What a very interesting report .

I was only saying to my Belgium friend the other day " this bloody election is a distraction ......some new thing has reared its head in UK and they need a distraction for it .....let me think "

I don't need to think anymore .

His report makes perfect sense to me .

I have to disagree with the author where he states, "...the Establishment is in a state of panic, because they know the game is up." I see no evidence of this. How can the "game" possibly be up if the vast majority of the population is willingly ignorant of what's going on?

Despite the presence of alternative news websites like Henry's, most people still obediently sit in front of their televisions or dutifully open their newspapers to feed on whatever propaganda the establishment doles out.

The "game" is not up by a long shot. People, by and large, would have to break out of their self-imposed ignorance, cognitive dissonance, and go-along-to-get-along attitudes for that even begin to happen.

"Although the British public voted 52% to 48% in favour of Brexit, about 73% of all MPs favour Remain. That majority includes 56% of all Conservative MPs."
http://www.businessinsider.de/majority-house-of-commons-against-brexit-2016-11