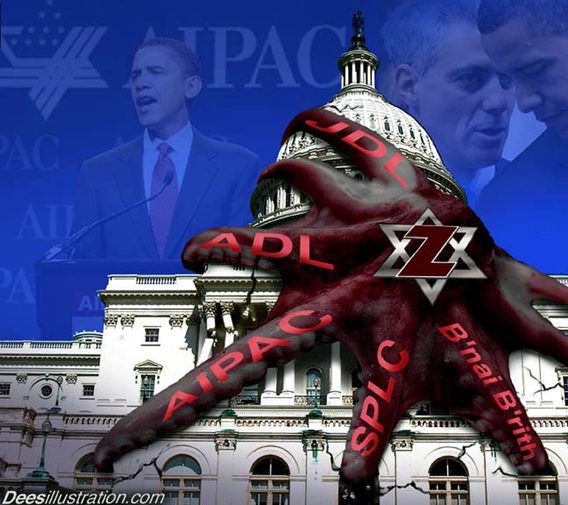 Israel has the technology to crash airliners and planned to
blame ISIS for one such disaster. The CIA-Zionist "deep state" needs to keep terrorist tension alive but Trump told the Russians about this plot.
"Russia is actually our only hope, along with Trump, that this diabolical system can be broken."
Latest- Trump denies mentioning Israel to Russians
"CIA and Israeli clandestine services created Isis. Saudis and Qutari's funded it; Turkey brokered oil deals. The American people shake their head when told Iran is the biggest terrorist nation. That's a false narrative. Saudi's and Israeli's are in cahoots together and many Americans are becoming aware of the charade and wonder why the media plays them day and night."
Source: Victurus Libertas
(Abridged by henrymakow.com)
Here are the questions and answers:
TOM asked the Insider:  The news is exploding that Trump shared intel with Russians from an "ally" in the middle east and the ally is very upset. This is in regards to an Isis plot regarding airplanes and laptops.
A:  The "ally" not being named is Israel, and they are mad as hell at Trump.  Israel is furious because they got caught with their pants down. Lets get to the point. Isis was created by Israel and the US to weaken Iran and topple Assad. Billions in profits [are] at stake. Israel has developed the technology to remote control airlines via laptops. A false flag was being prepared. Trump discussed it with Russian officials, exposing the "plot" McMaster pitched, and now all hell has broken loose. Trump did a wonderful thing in my opinion.  We do not need anymore Isis false flags.
If Isis is eradicated, it will decrease CIA and DOD budgets, limit the amount of "support" Israel receives, and cause disruptions in the grand scheme to build a massive pipeline through Syria and ultimately cause the downfall of Iran and Russia. This is why "Isis" is being kept alive by the NWO. This is why such "bold" and "frightening" plots must be continually fed to the people. To justify larger budgets, and bigger hegemony.
Russia is actually our only hope, along with Trump, that this diabolical system can be broken, shattered, as JFK once said, into a thousand pieces and scattered to the wind.
The technology to remotely control and crash commercial airliners was developed by Unit 8200, the Israeli cyber command. Does any thinking person actually believe rag tag militants would have the know how and resources to develop this technology? Give me a break. While we are at it, you may want to see how close the Russian MetroJet 9268 was to Unit 8200 when it went down. Tensions between Israel and Russia continue to grow by the day. Putin knows every trick in the Israeli arsenal and he just happens to be a much better chess player than Netanyahu.
James asked:  What is the main concern (meaning what is the biggest case) going on inside the FBI at this time?
A:  Israel. We are truly in danger of becoming the United States of Israel.  They own 80% of our politicians. They have infiltrated our media, our tech companies, our banking systems.  The average Jew in Israel or America is not a problem, they are regular people. But, the ones who either serve Zionism, or work on the so called "Greater Israel" manifest destiny pose a serious risk, both foreign and nationally.
If we can move forward with a full investigation into the Clinton Foundation, Wiener, and HRC, it will eventually lead to exposing the vast reach of the Israeli lobby. The best thing we can do as a nation is to continue to bring this stuff into the light. That's why platforms like /Pol/ on 4chan, and so called "truth" channels provide the people with some kernel of truth.
Back in July, I tried to let people know that their mandate for taking back the nation had to begin with a citizen's investigation into the CF.  Now, please investigate Israel, from Mossad, to AIPAC, to a huge and complex web of financial connections between Israel and our elected leaders. I promise you that you will find a slew of information if you look closely. And what you find will make you question how we can consider Israel or Saudi Arabia as allies. 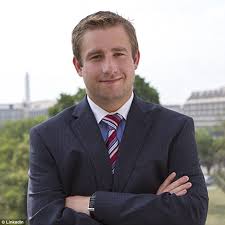 Anon2 asked:  What about Seth Rich and his murder?
A:  Expect a flood of new info regarding this. It was a sloppy hit, and can lead directly to 3 senators, and John Brennan calling in a favor from some of his Mossad buddies. This I have heard from more than one source. There is a leaker within the DC police, and fireworks will come soon enough. Seth Rich passed on over 44k emails to Wikileaks. Why do you think the CIA is calling for JA's [Julian Assange] head? Because they must silence any investigation into Rich's  execution. Start with Schumer and McCain and see where the breadcrumbs lead.
MICHELLE asked: How does FBI rank and file feel about Comey's firing?
A:  In public, mixed feelings;  but privately, many of us are pleased. The rank and file feel like trained fight dogs waking up to the sound of gunfire and realizing they are muzzled. The agency has been politically weaponized.
Most of us know how hard the agency worked to dismantle the Hoover era political tradecraft and to see it alive and well is disheartening. If we were given a mandate to investigate DC in its entirety, you could see 70% of your politicians being indicted.The Rank and File want nothing more than to see Americans witness that nobody, no matter how powerful, is above the law. I felt Comey was a good guy, but now feel he was compromised and did a disservice to the nation on July 5th 2016.
SHIFT FREQUENCY asked: How dangerous is Comey's firing for Clinton?
A:  Very dangerous.  But, few are thinking it through. The real danger is if she is given partial immunity. if HRC is facing serious prison time, and she can reduce her sentence by playing ball, we expect this will be the most profound thing Trump can do to drain the swamp. HRC has the goods on Schumer, and McCain, Graham, Blumenthal, and so much more. Imagine the most powerful mafia Don snitching on 30 years of tangled and corrupt relationships. Then triple the effect. HRC could effectively put 200 people currently in power behind bars.  This may be Trump's chess move, however he needs to get rid of Kushner right away. As I indicated, Kushner is playing in an occult sandbox and there are recordings of this HRC is fully aware.  It could get ugly.
GILLIAN asked: Which of the dominoes involved in the Clinton Foundation - pay-to-play, pedophile, drug-running, gun running, human trafficking, organ harvesting, money laundering (etc.) network is most likely to be the first to fall, if any at all?
A:  All of the above, plus, the Israeli lobby, when fully exposed, with show how the alphabets have been compromised by a foreign nation. I believe Steele indicated that our "truest ally" is actually our national extortionist, and it's true.  Imagine the public's reaction when they find 80% of our senators and congressmen are on the take, allowing espionage, extortion and pedophilia to become the norm. We have a saying around here. If something dirty comes up regarding a politician, we refer to it as "New Babylon".
-----
Makow comment- We mustn't forget that "Israel" is a proxy for the central banking cartel, the
people who allow the US government to use its own credit to create the medium of exchange as an interest-bearing debt to them. Israel is destined to be a centre of the satanic NWO.

"The real danger is if she is given partial immunity. if HRC is facing serious prison time, and she can reduce her sentence by playing ball, we expect this will be the most profound thing Trump can do to drain the swamp." Toleration of ubiquitous plea bargaining has corrupted the American justice system. It puts justice officials in a position to terrorize accused persons and dictate the script of a crime. They are not worthy of this level of confidence. Remember Aaron Swartz .

This comes as no surprise to me. Israel recently brought shares in Saudi oil stock. With Israel now becoming a major economic player in the Middle East, It comes down to oil and shipping. According to the JPost, Israel has come up with a plan known as Tracks for Peace which would link the countries of Saudi Arabia, Jordan, some of the PA territories, and even parts of Iraq to all of Israeli ports for oil and and shipping. http://www.jpost.com/Israel-News/Historic-plan-unveiled-to-link-Arab-states-to-Israeli-ports-486179

It benefits both Israel and Saudi Arabia to have ISIS destroy Syria and Iran. This in turn would create another pipeline for them to the north. http://www.presstv.ir/Detail/2017/02/08/509647/Saudi-IPO-Aramco-Israel-Moelis-deficit

That article reads like controlled opposition to me: do you really think someone like Trump is privy to secret intel..? JFK tried to find out some CIA secrets, but they wouldn't give it to him, and I doubt CIA would give him anything honest, just information for him to "act" on - "manufactured consent" of POTUS, as it were. My take, is that Trump and Putin aren't even in the top tier of the NWO, rather they are bad actors, and acting CEO's of our countries, which are all run like corporations. The USA is a corporation. We are all property of the banksters from our "birth - we are their "ships".

I have no faith in either one: Putin is a poduct of Russian (mostly Jewish) organized crime - the "Red Mafiya", along with KGB, and other Russian alphabet agencies.

Putin may be Jewish too, since he mother left him with her Jewish neighbors when he was a child, and usually a Christian woman would never trust Jews with their child in those days. She converted, and secretly converted Vladamir Putin, but he could easily be a crypto, as could Drumpf...eh?

You are right to be sceptical but I reposted this because it seems to present Israel's role realistically. And, on the surface, Russia is the picture of sweet reason compared to the West.

I'm happy you saw fit to feature that FBI anon article. That site gets inside dope from him every now and then. The guy seems to be 100% to this point. Hope he's never exposed. You can bet Hillary, if no one else, will have him done in if they can unearth him.

The guy seems to see it pretty close to how I have. He puts Israeli influence first, while I take that as a given, and next seems to be the pedo stuff which most everyone at the top is really holding his breath concerning exposure. Then Israeli blackmail would suddenly morph into instant death from irate American citizens, including from some of those who are sworn to protect these satanists.