US is Hostage of Zionist Extremists 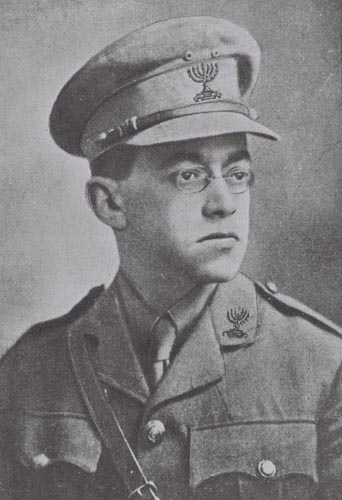 We are just bystanders to an internecine Jewish conflict which determines our fate.
You've never heard of Vladimir Jabotinsky, left, (1880-1940) but he may be the reason the world is
veering toward world war. He is the founder of Zionist Revisionism which was the
anti socialist, i.e "right wing" of Zionism which controls Israel and is responsible for Donald Trump's election.
Jabotinsky's goal was ''to turn the Jewish people into a leading power on the international scene."
Benjamin Netanyahu echoed this sentiment when he said "Israel is a rising global power."
His father, Ben Zion Netanyahu (1910-2002) was Jabotinsky's Secretary.
In the article below, Donald Neff explains that terrorism and territorial expansion were the modus operandi of Zionist Revisionism. They are the modus operandi of Israel's Likud government today. Netanyahu's Likud predecessors, Prime Ministers Menachem Begin, Yitzak Shamir and Ariel Sharon were terrorists. The latter was Prime Minister when 9-11 took place.
Zionism's Violent Legacy
By Donald Neff
(Abridged by henrymakow.com)
On January 4, 1948, Jewish terrorists drove a truck loaded with explosives into the center of the all Arab city of Jaffa and detonated it, killing 26 and wounding around 100 Palestinian men, women and children.[1] The attack was the work of the Irgun Zvai Leumi - the "National Military Organization," also known by the Hebrew letters Etzel - the largest Jewish terrorist group in Palestine. The Irgun was headed by Revisionist Zionist Menachem Begin and had been killing and maiming Arabs, Britons and even Jews for the previous ten years in its efforts to establish a Jewish state.
This terror campaign meant that at the core of Revisionist Zionism there existed a philosophical embrace of violence. It was this legacy of violence that contributed to the assassination of Israeli Prime Minister Yitzhak Rabin on November 4, 1995. 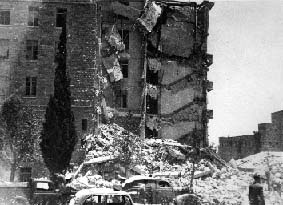 The Irgun was not the only Jewish terrorist group but it was the most active in causing indiscriminate terror in pre-Israel Palestine. Up to the time of the Jaffa attack, its most spectacular feat had been the July 22, 1946, blowing up of the King David Hotel in Jerusalem, with the killing of 91 people - 41 Arabs, 28 Britons and 17 Jews.[2]
The other major Jewish terrorist group operating in Palestine in the 1940s was the Lohamei Herut Israel - "Fighters for the Freedom of Israel," Lehi in the Hebrew acronym - also known as the Stern Gang after its fanatical founder Avraham Stern. Two of its more spectacular outrages included the assassination of British Colonial Secretary Lord Moyne in Cairo on November 6, 1944, and the assassination of Count Folke Bernadotte of Sweden in Jerusalem on September 17, 1948.[3]
Both groups collaborated in the massacre at Deir Yassin, in which some 254 Palestinian men, women and children were slain on April 9, 1948. Palestinian survivors were driven like ancient slaves through the streets of Jerusalem by the celebrating terrorists.[4] 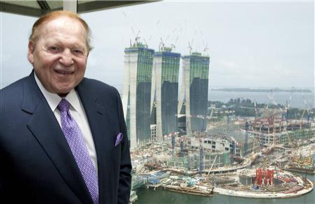 (This explains why rich Zionists like Sheldon Adelson backed Trump)
Yitzhak Shamir was one of the three leaders of Lehi who made the decision to assassinate Moyne and Bernadotte. Both he and Begin later became prime ministers and ruled Israel for a total of 13 years between 1977 and 1992. They were both leaders of Revisionist Zionism, that messianic group of ultranationalists founded by Vladimir Zeev Jabotinsky in the 1920s. He prophesied that it would take an "iron wall of Jewish bayonets" to gain a homeland among the Arabs in Palestine.[5] His followers took his slogan literally.
Begin and the Revisionists were heartily hated by the mainline Zionists led by David Ben-Gurion. He routinely referred to Begin as a Nazi and compared him to Hitler. In a famous letter to The New York Times in 1948, Albert Einstein called the Irgun "a terrorist, rightwing, chauvinist organization" that stood for "ultranationalism, religious mysticism and racial superiority."[6] He opposed Begin's visit to the United States in 1949 because Begin and his movement amounted to "a Fascist party for whom terrorism (against Jews, Arabs, and British alike), and misrepresentation are means, and a 'leader state' is the goal," adding: 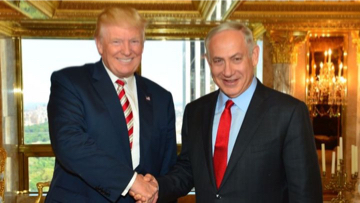 The IZL [Irgun] and Stern groups inaugurated a reign of terror in the Palestine Jewish community. Teachers were beaten up for speaking against them, adults were shot for not letting their children join them. By gangster methods, beatings, window smashing, and widespread robberies, the terrorists intimidated the population and exacted a heavy tribute.
ALTALENA
Ben-Gurion considered the Revisionists so threatening that shortly after he proclaimed establishment of Israel on May 14, 1948, he demanded that the Jewish terrorist organizations disband. In defiance, Begin sought to import a huge shipment of weapons aboard a ship named Altalena, Jabotinsky's nom de plume.[7]
The ship was a war surplus US tank landing craft and had been donated to the Irgun by Hillel Kook's Hebrew Committee for National Liberation, an American organization made up of Jewish-American supporters of the Irgun.[8] Even in those days it was Jewish Americans who were the main source of funds for Zionism. While few of them emigrated to Israel, Jewish Americans were generous in financing the Zionist enterprise. As in Israel, they were split between mainstream Zionism and Revisionism. One of the best known Revisionists was Ben Hecht, the American newsman and playwright. After one of the Irgun's terrorist acts, he wrote:[9]
The Jews of America are for you. You are their champions ... Every time you blow up a British arsenal, or wreck a British jail, or send a British railroad train sky high, or rob a British bank, or let go with your guns and bombs at British betrayers and invaders of your homeland, the Jews of America make a little holiday in their hearts. 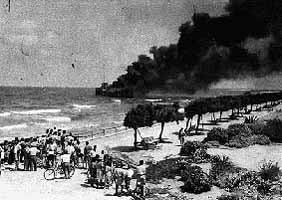 (JUNE 22,1948)
The Altalena was loaded with $5 million worth of arms, including 5,000 British Lee Enfield rifles, more than three million rounds of ammunition, 250 Bren guns, 250 Sten guns, 150 German Spandau machine guns, 50 mortars and 5,000 shells as well as 940 Jewish volunteers. Ben-Gurion reacted with fury, ordering the ship sunk in Tel Aviv harbor. Shell fire by the new nation's armed forces set the Altalena afire, killing 14 Jews and wounding 69. Two regular army men were killed and six wounded during the fighting.[10] Begin had been aboard but escaped injury. Later that night he railed against Ben-Gurion as "a crazy dictator" and the cabinet as "a government of criminal tyrants, traitors and fratricides."[11]
DARK SIDE OF ZIONISM
Begin's biographer, Eric Silver: "There was a darker side to [Jabotinsky's] philosophy: blood, fire and steel, the supremacy of the leader, discipline and ceremony, the manipulation of the masses, racial exclusivity as the heart of the nation.[15] One of Jabotinsky's slogans was: "We shall create, with sweat and blood, a race of men, strong, brave and cruel."[16] 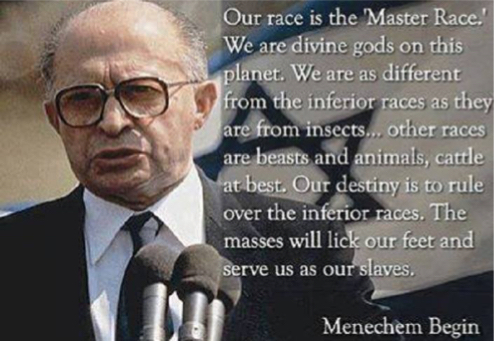 Jabotinsky died in 1940, and it was Menachem Begin who refined his wild nationalism into practical political action. Begin concluded: "The world does not pity the slaughtered. It only respects those who fight." He turned Descartes' famous dictum around, saying: "We fight, therefore we exist."[17] Central to Begin's outlook was the concept of the "fighting Jew." As he wrote:[18]
Out of blood and fire and tears and ashes, a new specimen of human being was born, a specimen completely unknown to the world for over 1,800 years, the "FIGHTING JEW." It is axiomatic that those who fight have to hate .... We had to hate first and foremost, the horrifying, age-old, inexcusable utter defenselessness of our Jewish people, wandering through millennia, through a cruel world, to the majority of whose inhabitants the defenselessness of the Jews was a standing invitation to massacre them.
From these early leaders of Zionism (Ben-Gurion died in 1973 and Begin in 1992) have emerged their direct descendants in the Israeli political spectrum. Rabin and his successor, Shimon Peres, were both protÃ©gÃ©s of Ben-Gurion, and have carried on his mainstream secular Zionism. On Jabotinsky's and Begin's side, the followers have been Yitzhak Shamir, Ariel Sharon and, now, Benjamin Netanyahu, the current leader of the Likud. 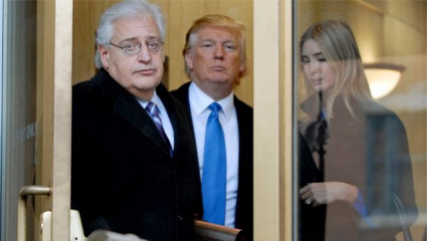 (Trump with settler's representative David Friedman, now US ambassador to Israel)
SETTLERS
While the Revisionists had always had an element of religious messianism, the most radical of their current heirs come from ultrareligious Orthodox Jews who are less consumed by politics than religion.[24] They believe they are God's messengers. Thus Rabin's assassin, Yigal Amir, cited the authority of God to explain the murder.
The new Revisionists have now expanded the right to kill claimed by the early Revisionists in the name of nationalism to include a divine right. In the end, they are less interested in foreign and domestic affairs than in justifying man's acts to God. It is a powerful and inflammatory mix of nationalism and religion that is almost certain to lead to more violence unless Israel is able to look into its own soul.

Makow - Have Americans been NeoConned?

Review of    Jabotinsky A Life  by Hillel Halken

Comments for " US is Hostage of Zionist Extremists"

You are a Jew liar. Trying to tie President Trump to Netanyahu!

I don't need to try.

Thanks for this very clarifying article about the background of Jewish terrorism. I actually believe that from a psychological point of view underneath every superiority complex lies a strong deep hidden and unconscious inferiority complex, thatâ€™s been overcompensated by overpowering others through violence in many forms. Of course both complexes are satanically induced states of mind and are being used, on a personal, group and nationalistic level, to wreck havoc and social chaos on our planet. It's all part of the divide and rule game that has been going on for so long now.

We are now living in this very revealing time in which the devastating results of this game become clearer for a growing number of people. By developing a moral and ethical discernment between good and evil we can now help to change this satanic influence and empower our true selves. Therefore my advice to everyone is: keep your head cool and your heart warm.