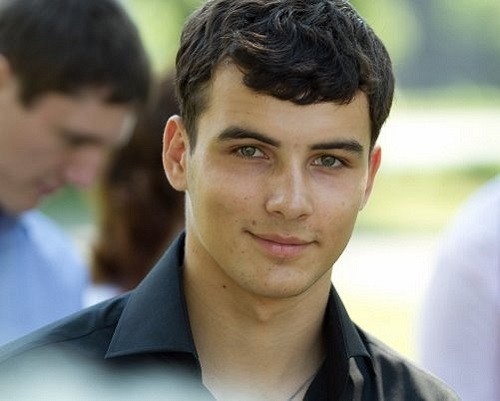 Comments for "The Transgender Boondoggle"

Powerful comments Marco, [below] except we ALL should stop calling them the â€œIlluminatiâ€ and instead call them for what they are â€“ the DEMONATI (as they are demon sourced). Therefore they should not have such an auspicious title liked an illumined / enlightened sage. Once the correct terminology is used â€“ their power will start to diminish â€“ youâ€™ll see as it points directly to EVIL and calls it what it is.

Also, very enlightening article from the author â€“ and very glad he was not numb to his own feelings / intuition / own INNER LIGHT that something was â€œnot right.â€ A counter forum(s) needs to started (by the author perhaps) to save other young, vulnerable kids from falling into these demonic traps.

Two years ago I nearly died of "heart failure", and unlike a lot of people I know of, I couldn't have had better treatment from the medical profession. I was lucky, and I'm grateful to the specialist team that saved my life ...

Now that my health has been fully restored, I've been looking into the various drugs I was given. These include Digoxin, Warfarin, Bisoprolol, Ramipril, Spironolactone, Candesartan and others, and almost without exception they list "erectile dysfunction" (impotence) among their "side-effects".

I'm convinced this is no coincidence, and that these intentional "side-effects" are intended to lower our rate of reproduction.

Thank goodness I'm off the things now (my decision). No more headaches, weakness, confusion, nausea or spontaneous "bruising". I'm becoming stronger as the effects of these poisons slowly wears off, and the other undesirable effects are starting to fade.

This is all demonic. Thank God the author had an instinct for danger awaken before he proceeded further down that "dark path". Many don't however, and I feel very sorry for them, especially the transsexual - because of the radical surgery and hormone manipulation involved.

I just pray that God can give them healing in this life, and help them escape the clutches of this LGBT monster.
Our illuminated masters have us under a deep hypnosis, that is growing stronger every day, and I don't see any indication that mankind will experience a mass awakening ever... "However, when the son of man returns, will He find faith on earth?"

Even the conspiracy network has been totally saturated by shills and made impotent, its hard enough finding good information, let alone engaging in important conversation anymore. Its a lot worse now than it was even just a few years ago, there is a feeling now that everything is in hyper-drive, like the masters of this world are working harder than ever to open up the gates of Hell.

People are so hypnotized and controlled, that they are openly encouraging these unnatural choices globally. They don't see the black evil that they are idolizing, because they are all asleep - truly. And if you are not awake and in control of your own mind, something else will control it in your place. And this something is always Satanic - it puts you to sleep causing your instincts towards danger to become dull, then it possesses you.

Everyone needs to fight hard now to keep possession of their own mind and heart. The victory over this demonic global system is to stay awake, retain your instincts, and keep your heart pure.

Every generation is becoming worse and worse. I wish I didn't have to live to see the culmination of this evil, but I fear I will see the day when blind and enslaved humanity is irreversibly changed and worships the Devil openly, we aren't very far away... in fact we may already be there, the Devil just hasn't been personified yet.