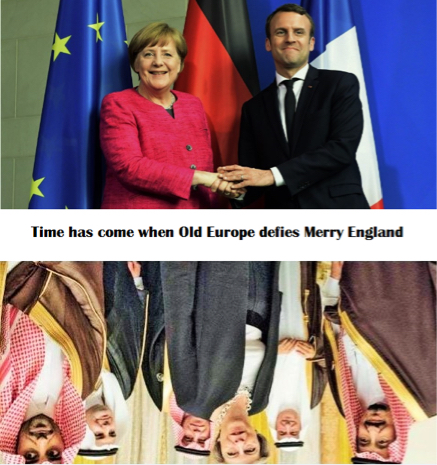 New World Order v. Old World Order
"One cannot understand the current geopolitical events without asserting the view I try to succinctly present in the following text," Israeli blogger Avi Gleitzer writes. He sees a
rebirth of the "old world order" as the occasion for world war. Syria could be the match.
"The NWO comprises England and the nations of the former British Commonwealth, the Jewish bankers and Israel, the USA and the Sunni monarchies led by Saudi Arabia, Jordan and a few allies like Poland, Japan, and South Korea.
The OWO, Old World Order, includes for its part most of European countries, Russia and its allies like China, Iran and the Shiites, Turkey, the Catholic and Orthodox churches although the Catholic authorities are divided much like Italy on the subject."
Makow Note: I have trouble seeing Germany and France as part of the OWO.
by Avi Gleitzer
(henrymakow.com)
Everyone is speaking of the New World Order. Two questions arise:
1. Before the NWO, what kind of power was in charge of the World Order, if any?
2. Is the NWO united ?
The NWO did appear around the nineteen century and it took the shape of different alliances before becoming the one we know. If the French revolution can be considered as the first lever to undermine the pre-existent traditional powers, it is not before the beginning of the 20th century that it morphed into the Anglo-American domination of the world.
Its roots lie in the alliance of the money powers of the German Jews and the military naval domination of the seas by England - that later was translated to the USA.
Before that, the domination of the people of Europe was by the descendants of the Franks together with the Catholic Church. All the European kings were family connected and, despite their wars, they ruled the ancient world. 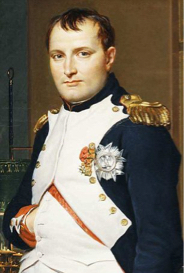 (Napoleon)
Napoleon Bonaparte tried to erase this force by hijacking the French revolution and fighting both England and the remaining kings of Europe in an attempt to set Europe free. But he failed because, on this occasion, England financed the armies of the ancient kings to get rid of him.
But this one-time alliance between England and the European kings could not last since the goal of the money lenders was to undermine all the European countries in order to reign alone. Then, the European nobility, embroiled in their divisions continued to fight one another, without noticing how much they were helping the British strategy. The First World War was the first involvement of America on the world stage as a main power and after the Second World War the US became the main world power.
The Anglo-Saxons have led the world from the First World War and they are what we call the NWO. But, the kings of old together with the Catholic Church never accepted their demise and remained united underground since then. They are what I would call the Old World Order. So, to summarize, the NWO comprises England and the nations of the former British Commonwealth, the Jewish bankers and Israel, the USA and the Sunni monarchies led by Saudi Arabia, Jordan and a few allies like Poland, Japan, and South Korea.
The OWO, Old World Order, includes for its part most of European countries, Russia and its allies like China, Iran and the Shiites, Turkey, the Catholic and Orthodox churches although the Catholic authorities are divided much like Italy on the subject.
RISE OF THE OLD WORLD
The NWO despite their success has made several mistakes, some planned but others not. Nazism was their creation meant to defeat the last European king as well as putting Europe on its knees after the Anglo-American victory. That succeeded. But, they failed to keep control of Russian Communism and they had to plan their first culture change to get rid of it. But they did not manage to keep the Russian federation under their boot. Russia became independent, returned to Christianity and moved to regain the military power it had as the USSR.
Meanwhile too, the European countries refused to remain dependent on the Anglo-Saxon NWO and used the renewal of Russia on its old basis to begin secession from the NWO. That is precisely what we are witnessing today. Brexit was an effort from the Anglo-Saxons to regain their independence from the European countries that, on the example of Russia, have a desire to control their own house. Trump's election was another Anglo-Saxon effort to try a less aggressive policy with the Old World Order rising from its ashes, but to no avail.
The NWO is now moving to regroup as much as it can as we can see in the incredible new talks between Saudi Arabia and Israel. The NWO monopoly is definitely broken and we can expect growing conflicts between the two factions, especially this year, the hundred year's anniversary of the Balfour Declaration.
We should not expect Britain and America to let go of their assets and, in this perspective, the war in Syria could lead to a Third World War mostly because the NWO can't wait for Russia's military to become more powerful.
----

Avi Gleitzer, left with daughters, is an Israeli blogger and photographer who has devoted his last ten years in trying to answer the question posed five hundred years ago by Etienne de La Boetie about the causes of "The voluntary servitude". He is the author of many blogs which can be found here:
http://mfm-news3.blogspot.com/
He writes: "I am an Israeli with all my heart despite the awful behavior of the government.
But hell, all governments on earth are guilty of the same crimes today !!The only hope is in individuals regrouping and boycotting the criminal strategies imposed upon them and change the power game from top to down into one from down to top."

Merkel lashes out at new US anti-Russia sanctions

France & Germany are the root of the OWO

They have never abandoned their desire to be free from the Anglos and to regain their prestige as the leaders of the ancient world.

France is turning to Russia:

"There is currently no viable alternative to Bashar Assad to prevent Syria from turning into a failed state, the new French president has said, departing from his predecessor's position that the Syrian leader must be toppled to stabilize the war-torn country."

Merkel lashes out at new US anti-Russia sanctions

This is to say to England: You are the loser:

"Intriguingly, Mr Macron's comments came just hours after Wolfgang Schäuble, the powerful German finance minister, sent out an identical message - saying the UK would find "open doors" in Brussels if it decided not to leave the EU."

Avi Gleitzer's summary of history is intriguing, because he asks the right questions. I'm not convinced there ever was an Old World Order. Today, world domination is based upon Anglo-American supremacy of three industries (energy, munitions and drugs) and its mastery of psychological warfare.

F William Engdahl asks the same questions in his new book, The Lost Hegemon. He concludes Anglo-American supremacy is fading fast to be replaced soon by a multipolar world where China, Russia, Iran, Pakistan, South Africa and Brazil will increasingly counter-balance Anglo-American hegemony.

WW III is not an option, because nuclear deterrence will prevail and bring leaders of the world to their senses. Lost hegemony temper tantrums are just not an option.