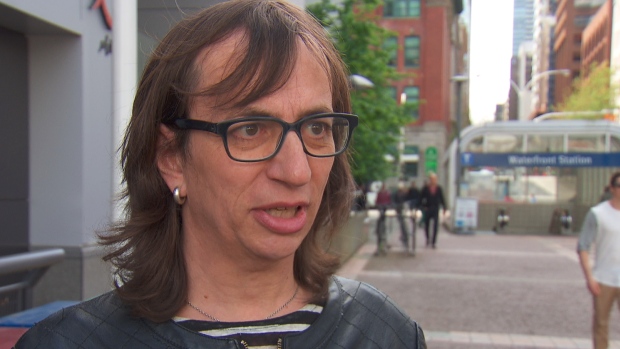 In the May provincial election in British Columbia, Morgane Oger, left, almost became the first transsexual to win elected office.
Oger lost by only 400 votes to Sam Sullivan, a former Mayor of Vancouver.
During the campaign, Bill Whatcott issued a pamphlet that challenged the transgender rights movement and the notion that people can change genders.
Oger has complained to the BC Human Rights Tribunal that Whatcott
undermined his campaign and is guilty of "hate."
Makow comment- Compelling people by law to recognize and accept someone's "sex change" or genderless state is destined to become a hot issue.
Homosexuality is now actively promoted in the media as normal and a "human right." Transsexuality will follow the same route. This is not a fad. Transsexuals may become as common as gays. People who can't make it as one gender will be encouraged to try another. Children are already given sex changing hormones.
A satanic cult controls and exploits its members by making them sick. In a society ruled by a satanic cult, mental illness  (gender dysphoria) is treated as healthy and normal.
Psychiatrist- Transgenderism is Mental Illness
Pediatrician- Transgender Ideology is Child Abuse
by Bill Whatcott
(henrymakow.com)
Ronan Oger (birth name) but now calling himself "Morgane" Oger after he allegedly "came out" as a woman, takes to Twitter whining about my election flyers and is using state organs such as the BC Human Rights Tribunal to punish me for calling him a biological male during the last provincial election and for publicly saying God does not approve of his lifestyle and did not want Vancouver - False Creek voters to vote for him. 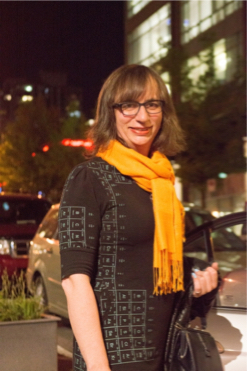 Ronan ran for the NDP during the last election and was featured in the media as NDP's star transgender candidate. I delivered 1500 truthful flyers (see here: viewtopic.php?f=16&t=10624 ) that according to Ronan put his campaign into crisis mode and he subsequently lost the election by a razor thin margin of 400 votes.
I  reached out to a number of Christian groups to see if they would be willing to assist in this fight. It seems to me that it is a disturbing thing for Canada that one can be prosecuted by the state for calling a gender confused, biological male, NDP candidate a male; a man whose sole purpose for the last 5 years has been transvestite activism. It is disturbing one can be prosecuted for expressing a very reasonable opinion that God does not want BC voters to vote for men running around in dresses.
Anyways, as is often the case, Christian groups are either asleep at the switch, on holidays, or more concerned with optics (some would prefer I tone down, become more politically correct, which is essentially useless, and quit calling NDP transvestite candidates their birth gender or sodomites etc...) so in the end it looks like I will self-represent and conduct my own defence as I see fit, which indeed I am.
While Christian groups are absent from this fight one group decided to intervene: The Canadian Association for Free Expression (CAFE). If you want to see their application to intervene you can go here: viewtopic.php?f=16&t=10644
Anyways, not surprisingly, Walter Rilkoff, the BCHRT kangaroo adjudicator is making noises that transvestites are a confirmed protected class,  so according to him the kangaroo tribunal can dispense with such triteness such as an intervener like CAFE defending free speech.
ELECTION PAMPHLET
A Lifesite article described my pamphlet as follows:
"Dear Vancouver-False Creek residents," starts the flyer he began handing out in the riding this week. "I am writing this flyer this election to share my concern about the promotion and growth of homosexuality and transvestitism in British Columbia and how it is obscuring the immutable truth about our God-given gender."
Whatcott goes on to explain that "Ronan Oger is a biological male who has renamed himself 'Morgane Oger' after he embraced a transvestite lifestyle. Ronan is running for the NDP in the Vancouver-False Creek riding and BC's media and the NDP are promoting a false narrative that Ronan is a woman born into a male body." 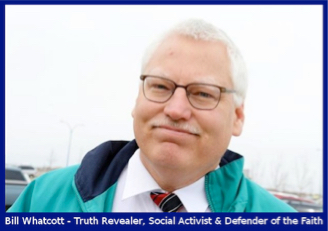 Whatcott then contrasts Oger with Walt Heyer, a prominent "de-transitioned" man who now maintains a website called sexchangeregret.com. Heyer, who lived for many years as a female, counsels men and women who believed their psychological problems could be resolved by surgeries and hormones designed to change their gender.
"Walt," the flyer relates, "repented of his sin, reclaimed his God-given male identity, and is now living as a born-again Christian helping others to avoid the mistake he made of embracing transgender propaganda and trying to live a lie that he was a different gender from the one God made him.
"The truth is there are only two genders, male and female, and they are God given and unchangeable." People cannot change their gender, the flyer continues. They "can only cross dress and disfigure themselves with surgery and hormones to look like the gender they are not. This practice is harmful and displeasing to God."
The flyer continues by listing the diseases risked by those practicing homosexual intercourse "such as HIV, syphilis, HPV of the rectum, anal gonorrhea, Hepatitis A,B & C, etc. ... Homosexuals and transgenders are also at increased risk of drug and alcohol abuse, suicide, and domestic violence."
Whatcott's flyer holds out hope, however: Jesus Christ will forgive those who repent and change their ways. It is a very similar message to the one Whatcott and a small group of supporters dressed in green body suits handed out in pamphlet form at Toronto's last Gay Pride Parade. This provoked the class action lawsuit from prominent Ontario homosexuals and a court order requiring Whatcott to name all his anonymous collaborators.
Whatcott has not been sued yet in Vancouver, but the reaction has been generally hostile. "Most people are polite, at least," he told LifeSiteNews, but few, he admits, are supportive. One person called his pamphlet "hate speech" and another called him a "moron."
Typical of the reaction was Whatcott's treatment on a popular talk show, Steele and Drex. The hosts interviewed him for 10 minutes  but broadcast only a few seconds of his conversation, leaving out, he later told LifeSiteNews, all the medical evidence he had cited about post-surgery transgender people having suicide rates 40 percent higher than the rest of the population.
"That's fake news what they did. They are the real haters," he said.
Faced with a provincial election in which Whatcott could support none of the candidates in his own riding of Surrey-Guildford, he went looking for a cause worth embracing. He picked transgenderism because. "I believe it is what God wants me to do." The LGBT agenda has been allowed to advance to "where it is affecting everybody" including those "who don't want to take a stand."
-----
First Comment by Gordon:
This 'trans-gender thing' is the issue  gags normal people. But the last thing Christie Clark did as Premier, was, bring in a change to the BC Human rights code giving "trans people" special preferred status.  So Mr Ogre complaint is going to become a critical case deciding whether a citizen, or a politician,  now has to censor his speech to accommodate someone who's delusional.
Even if people didn't agree with what Bill was saying about abortion being immoral, they sure didn't want to pay for someone else's elective surgery.  Thus, the money angle is the wedge issue = normal people do NOT like going to work, feeling the pain of taxes, then seeing ne'er-do'wells coasting along getting their "care' paid-for out of  the medical plan ... forever!, never forget. Once Bill gets a dollar figure for the cost of supporting someone entranced in that delusion, he will be hammering-away on that angle. "Pay for your own fantastic existence, Mister Ogre" !
The provincial Liberals utterly disgraced themselves in the last weeks of the recent Provincial election, by appropriating the NDP polices, wholesale. Doing so,  Christie Clark alienated the moral and conservatives who are essential to the "right wing / free enterprise' coalition which usually runs BC. The Liberals will never live that down.  Genuine conservatives are now  looking for an alternative.
----
Related - Kaitlin Jenner Turns his Back on Trump

Several years ago a department at UCLA conducted a survey of transgender community they had a 41% suicide attempt rate so they are damaged goods. Those that become homeless due to their bias identity 69% have attempted suicide. Those with degrees are still likely at 31% somewhat lower than the average but still high. Those with a strong family bond were less likely even to attempt taking their own lives so having family values are paramount for survival.

Just want you to know...

He even mentions you by name (sorry, I can't find it. it's in one of his countless videos).
He says transgenders are ALREADY everywhere...

Very important distinction:
If you are transgendered before puberty, you become a LARGE BOY (Mariah Carey)
versus your full grown man, a "Horse-Faced Drag Queen Tranny" (Caitlyn Jenner)

One thing he says is that when you watch the MOVEMENT, it tells you everything...
So check out the videos with your celebrities dancing...

Whitney Houston was a Man by Matrix Breakout
https:/www.youtube.com/watch?v=w_2tvJuoYGE

Miscellaneous topics to Google:
ALL Beauty pageant contestants are transgender
Lucille Ball was a Man (Pastor Laura Lee's videos are not quite on par with Jon Humanity's -- except this one!)
Female to Male transgenders (overlooked, compared with MTFs)

When I saw the picture of Ronan Oger in the article, I had to laugh. When I was a teenager back in the 1980s, someone who looked like that would be deemed by the population to be mentally ill. Today, in our brave new world of 2017, he almost gets elected to public office!
I can only hope that the majority of the 8,772 people who voted for this man in a dress did so because they wanted to oust the Liberals and were unaware who the local candidate was.

Having said that, it's pretty sad either way. On one hand it would be people consciously voting for a deviant (having been brainwashed by popular "culture"), while on the other hand it would be a case of low information voters wallowing in ignorance.

No wonder I get fed up with people these days.