Is My Girlfriend's Penis a Deal Breaker? 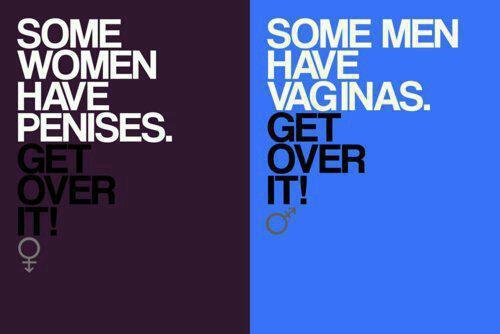 WARNING; THIS IS DISGUSTING
When satanism trumps biology, no telling how far gender insanity will go.
Satanists (Cabalists) believe thinking something makes it real. While biology defines gender, Satanists think they can erase gender distinctions by reprogramming our minds.
Recently, a heterosexual man told gay syndicated advice columnist Dan Savage ("Savage Love") that he had been deceived by a transvestite man: "I have a mental block when it comes to my female love interest's cock." But he doesn't want to be "homophobic."
Savage, a gay man, advised the straight man he is not being homophobic. HIS GIRLFRIEND IS NOT A MAN. Sex with "her" is not gay.
Only about one in five trans people undergo 'sex reassignment' surgery. Approx 75% of trans women have a functioning penis.
Western society is governed by a satanic cult , the Illuminati, which exploits people by normalizing sickness, perversion, and insanity. This a prime example.
The "civil rights" of heterosexuals are trampled while the tiny minority of LGBT are championed. The result- heterosexuals have no rights. Yet they are blind to this vicious attack on their human identity because the traitorous mass media defines their perception of reality.
Don't lose sight of the truth. This insanity is happening because the Illuminati (Communists) want to destabilize and subjugate the goyim.
"We must introduce into their education all those principles which have so brilliantly broken up their order." Protocols of Zion 16 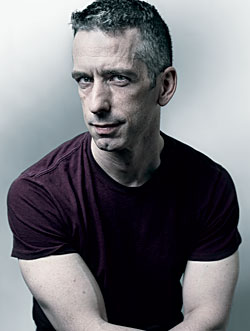 BY DAN SAVAGE SEPTEMBER 21, 2017 12:05 AM
(henrymakow.com)
COCK BLOCKED
I am a 35-year-old straight guy. I met a nice lady through the normal methods, and we hit it off and have grown closer. I think we are both considering "taking it to the next level." We are on the same intellectual wavelength, enjoy the same social experiences and have a lot of fun together. So what could be the problem?
My friend decided it was the time to inform me that she is transgender, pre-op and will not be having gender-reassignment surgery. This was quite a shock to me. I'm not homophobic, though I've never had a gay experience. I'm open-minded, yet there is a mental block. I like this person, I like our relationship thus far, and I want to continue this relationship. But I'm in a state of confusion.
SAVAGE REPLY: Confused Over Complicating Knowledge
Lemme get this out of way first, COCK: The nice lady isn't a man, so sex with her wouldn't be a "gay experience" and homophobia isn't the relevant term.
Moving on... 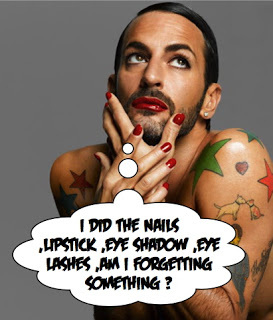 You're a straight guy, you're attracted to women, and some women - as you now know - have dicks. Are you into dick? Could you develop a taste for dick? Could you see yourself making an exception for her dick? It's fine if "no" is the answer to one or all of these questions, COCK, and not being into dick doesn't make you transphobic. Evan Urquhart, who writes about trans issues for Slate, argues that in addition to being gay, straight, bi, pan, demi, etc., some people are phallophiles and some are vaginophiles - that is, some people (perhaps most) have a strong preference for either partners with dicks or partners with vaginas. And some people - most people - want their dicks on men and their labia on/vaginas in women.
"There's no shame in it, as long as it doesn't come from a place of ignorance or hate," Urquhart writes. "Mature adults should be able to talk plainly about their sexuality, particularly with prospective partners, in a way that doesn't objectify or shame anyone who happens to be packing the non-preferred equipment."
Some straight guys are really into dick (trans women with male partners usually aren't partnered with gay men, and trans women who do sex work typically don't have any gay male clients), some straight guys are willing to make an exception for a particular dick (after falling in love with a woman who has one), but most straight guys aren't into dick (other than their own).
Since you're confused about what to do, COCK, I would encourage you to continue dating this woman, keep an open mind, and keep taking things slow. You've got new information to process, and some things - or one thing - to think about before taking this relationship to the next level. But don't drag it out. If you conclude that the dick is a deal breaker, end this relationship with compassion and alacrity. You don't want to keep seeing her "to be nice" if you know a relationship isn't possible. Because letting someone live in false hope is always a dick move
-----
part two
Since men are such pussies, it is women's groups who are taking a stand against male to female transvestites. 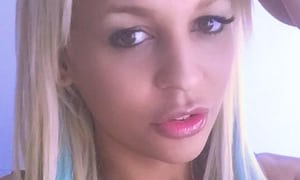 (l. Hudson)
"Readers will remember the media storm over Tara Hudson, the "beautician" who supposedly lived her entire life as a woman but somehow neglected to apply for a reassignment certificate. In his successful campaign to be incarcerated with women, Hudson managed to keep all the facts about himself out of the public eye. These facts include his real profession as a 'she-male' (his word) prostitute and sex performer, the news that he refers to himself as a bloke, and his now deleted pages of tweets mocking all the people who fell for his "mistreated young woman" story.
Hudson's campaign seems to have been a clever publicity stunt.
He was sent to a women's prison for the latest of at least eight convictions for severe assault (battery.) Most of his victims were women. 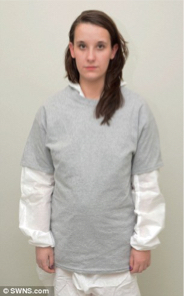 (also Hudson)
We share these insights to help correct the widespread assumption that most transgender people have 'bottom surgery' - they don't - and to highlight just one of the many problems that arise when we say anyone can be a woman.
'Women' with male reproductive equipment are being allowed into female prisons, shelters, hospital wards; into girls' dorms, female changing rooms, and showers. It's already a crime to treat anyone with a Gender Recognition Certificate as their birth sex. The certificate doesn't require genital surgery. Soon, if the Gender Identity (Equalities) Bill goes ahead as seems likely, self-identification will be enough.
It's worth pointing out that Tara Hudson did not have a GRC, yet vulnerable women prisoners were still exposed to him.
Maria Miller wants to expand the legal definition of gender identity so that anyone who calls themselves a woman must be treated as one. Not only must they and their penis be allowed into women's private spaces, but anybody who objects will be guilty of 'hate crime'. They are the ones who'll be punished, not the self-identified woman who is male.
In Canadian and American states where this is already law, there have been numerous incidents of voyeurism, rape, even murder of females by male transgender women.
-
Related - Media in a tizzy because transgendered freaks can't get laid
-----------UK saving sperm of transgendered males so they can become fathers after they become women
-----------------UN has Czar to promote homosexuality, Pedophilia, and Transgenderism
---------------  'No Gender' could be added to Washington State Birth Certificate
----------  U Conn cancels comedian who criticized giving children transgender therapy
First Comment by David C
I see transgender people walking around looking like zombies along our window shopping streets, and feel sorry for the person inside who was fooled into doing such an unnatural thing to themselves - they are pathetic.
My sister is an OB/GYN (not an endocrinologist) who dabbles in transgender 'medicine', which has become very popular.  She has lines down the hallway outside her office on prescribing days, and says only about 10% of them have surgery on their genitals, and over 75% are men, while less than 25% are women transitioning to 'male'.
Most of her 'patients' are men/boys (some as young as 12)  taking hormones to lose body hair and grow breasts, then they dress in drag pretending to be a woman (women pretending to be men do the opposite). If people past the age of consent are comfortable with their sex change, it's their right to do so, but I'm strongly against allowing children to do it, even if their parents approve because most children who identify with the opposite sex change after going through puberty.
Unfortunately transgender is becoming trendy, like being gay, so children are doing it just because it gets them attention. That was the propaganda purpose of the National Geographic from earlier this year with the transgender child on the cover, so children standing in line at the markets with their mothers who had to see it, because they put Nat Geo on the lower racks (apparently on purpose).
I think transgenders are mostly mentally/spiritually ill people, which is supported by their high rate of substance abuse, depression, and suicide.  In the EU now, especially Scandinavian countries, parents are dressing and giving their children toys for the opposite sex. For example: dressing little boys as girls and giving them dolls to play with. Their parents think they are being enlightened parents by doing that - insanity seems to have gripped humanity, as it's further inducted into the satanic cabal that controls our planet (not for much longer).

Comments for "Is My Girlfriend's Penis a Deal Breaker? "

..or is your girlfriend’s “deal” a penis breaker??? Haha