Is Hillary the Next Harvey Weinstein?

#MeToo- It's time to turn our attention to Washington
where the sexual exploitation of young men & women
is far more egregious than in Hollywood
and far more important.
In 1983, when Cathy O'Brien, 26,
was a mind-controlled Illuminati sex slave,
she was called upon to service
the first lady of Arkansas, Hillary Clinton.
This article prompted the first denial-of-service attack on this website in 17 years. Site was down for nine hours.
"Apparently aroused by the carving in my vagina, Hillary stood up & quickly peeled out of her matronly nylon panties and pantyhose. "
Weinstein is a limited hangout. His behavior, and much worse, is typical of the Illuminati ruling class. Hillary Clinton's corruption and depravity are slowly being exposed.   The cleansing may spread to Harvey's ally, Hillary Clinton. If it did, where would it stop? Society has a hunger for truth and justice. 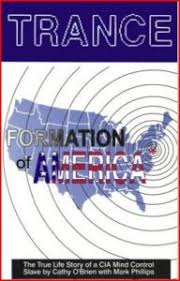 Trance Formation of America (1995) End of Chapter 14
By Cathy O'Brien
Hall's wife led me away and locked me in a back bedroom. After an indeterminate period of time, I heard her telephone Hillary at the guest villa. She then drove me up the mountain through the dark to meet with Hillary. Although I had previously met Hillary we had very little to say to each other - particularity since I was still dazed and tranced from the tortures I had endured at the CIA Near Death Trauma Center in Lampe.
Hillary knew I was a mind-controlled slave, and, like Bill Clinton, just took it in stride as a "normal" part of life in politics. Hillary was fully clothed and stretched out on the bed sleeping when Hall's wife and I arrived.
"Hillary, I brought you something you'll really enjoy. Kind of an unexpected surprise. Bill ordered her out of the meeting and I took her to my bedroom and made an interesting discovery. She is literally a two-faced (referring to my vaginal mutilation carving) bitch," "Hmm?"
Hillary opened her eyes and sleepily roused herself "Show me." 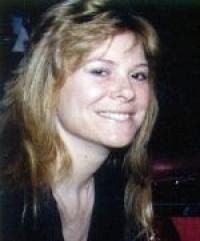 (O'Brien at the time)
Hall's wife ordered me to take my clothes off while Hillary watched.
"Is she clean?" Hillary asked, meaning disease free.
"Of course, she's Byrd's," she responded, continuing the conversation as though I were not there, "Plus, I heard Houston say something about her being a Presidential Model, whatever the hell that's supposed to mean."
"It means she's clean," Hillary said matter-of-factly as she stood up.
I was not capable of giving thought to such things back then, but I am aware in retrospect that all Presidential Model slaves I knew seemed to have an immunity to social diseases. It was a well-known fact in the circles I was sexually passed around in that government level mind-controlled sex slaves were "clean" to the degree that none of my abusers took precautions such as wearing condoms.
Hall's wife patted the bed and instructed me to display the mutilation. Hillary exclaimed, "God!" and immediately began performing oral sex on me. 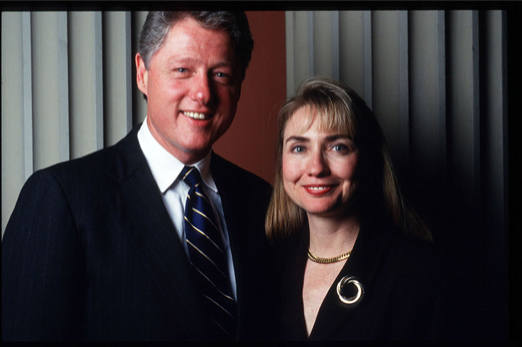 (The Governor and First Lady of Arkansas)
Apparently aroused by the carving in my vagina, Hillary stood up and quickly peeled out of her matronly nylon panties and pantyhose. Uninhibited despite a long day in the hot sun, she gasped, "Eat me, oh, god, eat me now". I had no choice but to comply with her orders, and Bill Hall's wife made no move to join me in my distasteful task.
Hillary had resumed examining my hideous mutilation and performing oral sex on me when Bill Clinton walked in. Hillary lifted her head to ask, "How'd it go?" Clinton appeared totally unaffected by what he walked into, tossed his jacket on a chair and said, "It's official. I'm exhausted. I'm going to bed."
I put my clothes on as ordered, and Hall's wife drove me back down to the mansion where Houston was waiting for me. The meeting apparently had been a success. I heard discussions throughout the remaining years between Houston, his agent Reggie MacLaughlin, and Loretta Lynn's handler, Ken Riley pertaining to Hall's successful branch of the CIA cocaine operation emanating from Arkansas, No discussions were as poignant and revealing as those between Alex Houston and CIA operative country music entertainer Boxcar Willie.
Boxcar Willie burst onto the country music scene after an ad campaign of high tech hypnotically persuasive produced television commercials that strategically made him an overnight, sensation and "star". The country music industry's Freedom Train needed a conductor to lead the industry and fans to Branson, Missouri, and Boxcar Willie was placed in the driver's seat. Like the Pied Piper of Hamlin, Boxcar Willie succeeded in his role of trance-ferring the industry in close proximity to the Lampe CIA cocaine operations. 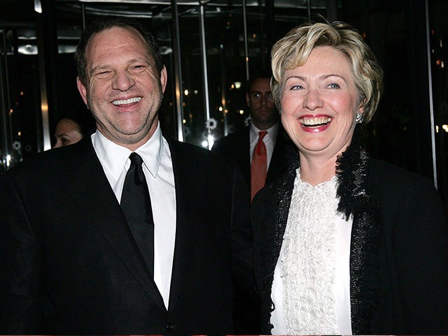 (Power predators.)
Boxcar Willie was one of the primary ground level contacts that Bill Hall made after Clinton convinced him to cash in on the cocaine benefits of the country music industry transfer. Houston and Boxcar Willie discussed Hall's lucrative dealings throughout the years in my presence while traveling the country together, billed on the same shows, including performances at the Swiss Villa Amphitheatre, I had much contact with Boxcar Willie personally since my government sponsored cocaine runs often coincided and intermeshed with his.
But I never knew Boxcar Willie as well as my daughter, Kelly, knew him. Kelly has named Boxcar Willie as one of her primary sexual abusers in three different mental institutions and has voiced frustration at the lack of justice. "Why am I the one locked up while my abusers remain free?" she constantly pleads. I assure her I am doing all I can to blow the whistle on Boxcar Willie for hex, and expose his role in transferring the country music industry to close proximity of the Lampe, Missouri CIA cocaine operation as outlined by Bill Clinton. 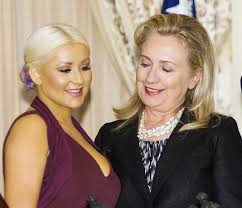 Comments for " Is Hillary the Next Harvey Weinstein?"

Right after I read Cathy O'Brien's book, I did not realize I was walking like a zombie at work, still so affected by her gut- wrenching tales. Someone had to snap his finger in front of my face and ask, "What is wrong with you?". My mind was so addled and my heart was in so much pain and reading the comments of clueless folks ostracizing Cathy O'Brien was even worse. I reached out to Cathy and her husband and we exchanged a few emails. I just wanted them to know I was thankful to them for being so brave to share their story. Cathy's lawsuit against her offenders did not give her the vindication that she deserved because "they" said hearing and litigating the matter would "endanger national security". And remember what happened in the Franklin Coverup: https://youtu.be/vBSIDQt5Dwc

The whole MeToo thing on Social Media was enough to make me barf. Mostly it was my unattractive, feminazi friends saying MeToo. I was like, that is TMI. If you have been sexually assaulted, that is personal,
However, the saddest thing was that several of my gay male friends came out so to speak about how they were molested as pre or young teens.
It seems most all of my gay friends were molested by older men at some point.

I just read the Cathy O'Brien excerpt on your page. I did a quick google map search for CIA Center Lampe, MO and guess what immediately came up. SWISS VILLA RESORT. I did the search after reading the first couple paragraphs where she mentions the CIA NEAR DEATH CENTER in Lampe. I did not see any connection to this resort until I finished reading the excerpt. WHY WOULD A SIMPLE GOOGLE MAP SEARCH POINT ME DIRECTLY TO THIS RESORT?? SO WEIRD!!!

While the thought of Hillary Clinton becoming the next Harvey Weinstein is wishful thinking, I can't imagine how it could happen. The Clinton cartel is nearly untouchable considering the lack of investigations and/or prosecutions from the many dirty deeds her and her husband have committed over past decades. One can only imagine the stories they could tell that could bring down the whole house of cards if push came to shove. I can't see that happening as they seem very loyal to their masters. But if it did, let's just say I can't foresee any book deals or interviews on the Today show, more like a tragic mishap.