in a new light. The goal is to create a high-tech

police state where metal detectors are everywhere, not just at airports

but at hotels and schools and malls. Indeed, unnoticed in the cry

for gun control has been an orchestrated media campaign calling

for scanners at all hotels, and one has already been implemented.

The same people who did 9-11 are poised to profit from Las Vegas.

This brilliant must-watch 16 min documentary from "Black Child Productions" alerted me to proof Las Vegas was another inside job:

"las vegas is on their minds"

An anonymous poster predicted a mass shooting in Las Vegas three weeks ago and explained that the goal is to cash in on a police state.

3 weeks ago, on 9/11 a mysterious 4chan user who went only by "John" made a series of at the time overlooked posts. He warned users to stay away from any gatherings of large groups of people in the Vegas or nearby Henderson areas. Stating that he had insider knowledge of what he referred to as a "high incident project" that was set to occur soon. While the poster was ignored at the time, since nothing seemed to occur on the 12th. The fact this John wrote "I can't guarantee anything will happen tomorrow but las vegas is on their minds," seems almost frightening now that just a few weeks later the largest mass shooting in American history has occurred at this very location.

If we even consider the idea there could be any truth to such a plot in the first place, its not really all that unreasonable to believe the organizers could have simply adjusted their schedule by a few weeks. This could have been done for a myriad of reasons including just simply deciding the concert target eventually chosen served their purposes better. If true though even more troubling is the profit-minded motivation behind the shooting that John went on to describe.

He states this "project" will be done with an endgame goal of passing new laws in Nevada regarding casino security. Making pricey new security screening machines mandatory for all guests. With even further more ambitious plans to follow suit in our schools and other public buildings if the public goes along with the casino machines easily enough. He also specifically names former head of the Department of Homeland Security Michael Chertoff and Casino owner and billionaire Sheldon Adelson as the two men set to profit most off the wave of new regulations set to spring up in response to the Vegas incident. It's not all that unreasonable even to believe that Mr. Chertoff might seek to profit from a new security panic in the wake of Vegas. Given that the man has already been accused of abusing the public trust by raising security fears among average American's in an attempt to sell his companies body scanners before, all the way back in 2010.

While the media paints the shooter Stephen Paddock as a lone wolf type and seems mystified over the possible motivations for a man, who the media and FBI at least keep claiming had no religious or strong political ideologies. A new theory has been emerging in the wake of the revelations above. With new information now breaking that the shooter was a rather active vegas gambler with recent large transactions to his name. Could Stephen have simply been threatened into doing this horrible act by some third party, in the name of paying off some possible large gambling debts? His family as well may have been threatened. If Stephen wasn't acting of his own accord, then a number of the seemingly unexplained parts to this whole story do start making a lot more sense. 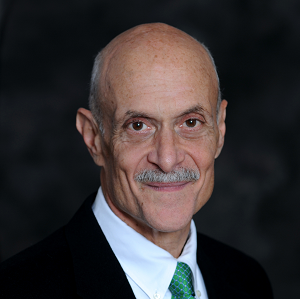 Even if this is all one giant coincidence. The fact does remain that people like Chertoff and those behind similar companies do stand to profit quite nicely in the months to come from the new security panic this incident will likely produce.

Comments for "Did 9-11 Perps Plan Las Vegas Massacre for Profit?"

Las Vegas 2017 was a training drill. Ed Chiarini at WellAware1.com documents these ex-plan drills. Even if half his face matches are goofy nonsense, government plans do not lie.

The key points are legal, as Ed says, but most truthers miss them in the crime scene study. For example:

- LEOs cannot legally announce suspects within hours of a crime.
- You never have multijurisdictions together within seconds save for drills.
- Media can lie...no law compels media truth save libel/defamation.
- Cops never tell crowds to "Run for your life!" The protocol is to hunker down.

Crisis acting rent-a-mobs give it away, but think about surrounding crowds. A bystander who suddently hears "gunshots" and sees frantic people assumes something real underway. In kabbalism, belief makes reality. Fake news crews interview real folk for effect. They speak from the heart not knowing they just saw a drill.

The gun ban agenda rolls on. This Vegas artillery boatload would not have passed lobby security. Guards would make discreet calls or refuse entry. Casinos have higher security than airports; cops do patrol inside, uniformed or plainclothes. Casinos don't need scanners. Metal scanners aren't for guns per se. They're for gold and silver coin which the PTB do not want to become common currency.

The PTB count on confirmation bias from half the blogosphere to make hay of fake news. Here instead of the crazy right-wing template we got a loony leftie. Do not let politics blind you to the drill.

Deaths may have happened. Compartmentalization means plans within plans. Even drill role-players don't know the PTB will murder key people they want gone with the drill as cover. Actors expect blank shots, and so assume dead bodies are fake as they roll by on covered gurneys. Actors sign NDAs. Getting your mug on Contrived Non News is narcissist's reward and more gigs later.

My thinking: Paddock actually thought he was selling weapons to some party- could have been Isis, an FBI setup (they've done so often) or whoever. Hence the large number of guns. And possibly the nitrate in his car. They killed him immediately or almost so when they came for the 'meeting'. Someone shot some of his weapons from the 32nd floor to give credibility for him as patsy. That provided cover for the one or two other shooters, who did the actual damage.

Elsewhere (4th floor/10th, who knows?) the heavy metal fired into the crowd. I immediately thought it was definitely 7.62mm, belt fed. Which is serious, military grade weaponry that takes knowledge and skill to operate.

I gathered as many genuine (best I could tell) veterans comments on that angle as I could find in brief searching. (Attached.) Most seem to think it was an M240b (machine gun).

I assume you are familiar with the many problematic facts, but I would emphasize these: You can clearly hear two distinctly different calibre weapons firing at different times, and echoes does not explain it if you listen to the timing/number of rounds. (Especially the cab driver video- some of those shots are really close to her and no way coming from the 32nd floor 400 feet up.) If he fired thousands of rounds from his room, where are all the brass casings? There are maybe a couple of dozen in the photos. 223 or Ak 47 rounds have very little effectiveness at 400+ yards, and would never have done that kind of damage to people at that range. An of course, what went down required physical strength and stamina and some degree of skill to execute. Vets comment on how difficult and exhausting it is to fire full auto even for a couple of minutes, let along 10+ almost continuously.

Keep up the great work. Please don't publish my name or email address on this. Hope it's useful to you or at least some additional info.

"Hilary did mention full body scanners in all government buildings and that these were currently being manufactured. She said that American schools 'are to become more prison like' and that a repeat 'Virginia massacre' would be used to justify integrated profiling of more Americans."