Wives of Tranny Men Get No Sympathy 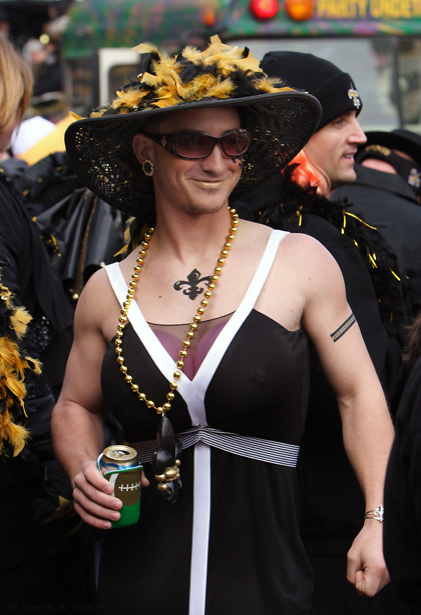 Female solidarity is out. A man in a dress is in.

Among feminists, a man who declares himself

a transsexual trumps his wife any day.

She committed the cardinal sin-

getting married to what she thought was a man.

The media is awash with glowing accounts of men who have summoned up the courage to become women. It is striking how little consideration is given to their humiliated wives. These victims of the Cabalist war on culture have taken on the nickname 'trans widows'.

Online testimonies voice the silent suffering of these women.

One woman details her increasing horror and panic as her husband spirals out of control:

"I lived happily for 14 years with a man who seemed sensitive, kind, intelligent, liberal, and feminist. We were deeply in love and the kind of couple people looked up to. My marriage was permanent; it defined my future. Two years ago, I would have told you we were unshakable.

Then my husband woke up one day feeling a little "gender-fluid." Within three months he developed the conviction that he was a woman and he "came out" to everyone he knew.

He left his job and he dropped out of life. While I worked outside the home, did all the housework, ran all the errands, and even moved us from the city we lived in back to the hometown we missed -- from the planning to the packing to the coordination with realtors and financers, to selling the old house and completing the final paperwork to buy the new one -- my husband laid on the sofa and cried. He cried because someone "misgendered" him. He cried because his shoulders were too broad for his new dress. He cried because he couldn't completely eradicate the stubble on his face. He cried because his new habit of flipping his hair back with a limp wrist had gotten him mistaken for a gay man.

My formerly easygoing partner became incredibly uptight. What if someone thought he looked manly? What if he had to get the mail in jeans and a t-shirt? Could he enjoy camping anymore, if it meant that make-up and dresses were impractical? Were strangers laughing at him? Were his friends and family talking about him?

He got counseling and joined support groups, where he "learned" that he was "literally" a woman, and not just someone who identified as one. He announced to all comers that he'd found his "true self" and had become "happy" for the first time in his life. His alleged happiness didn't stop him from spiralling into an even deeper despair. He became suicidal. He was prescribed antidepressants. He adopted bizarre beliefs and became hysterical if anyone questioned them.

All interests were abandoned for endless monologues about transgender rights and his "gender identity." One by one, his friends and family began to tell him that they didn't recognize him anymore. This made him angry.

I lost him. We all lost him. I became a "trans widow" long before I admitted defeat. I tried to get him back an embarrassing number of times before I reluctantly initiated the divorce. He isn't coming back."

The trans community encourages men to leave their families. One woman testifies:

Tom found an online community of fellow transvestites to sympathize with, encourage and dress him. Once, he left his laptop open to a message from one of them that read, "Your wife has to accept losing you." He reported that another had urged him to "Do it all quickly!"

This appears to have been music to his ears:

"What if you knew that doing this would destroy one or all of the children?" I asked him. Ice cold, the man I had once thought a wonderful father replied, "I would do it anyway."

"Tom and I have since divorced. I want to say the kids are all right now. The truth is, some days they are. Some days one or two of them are. Children look to adults to stay the same. Mine have watched their father change his personality, his appearance, his lifestyle, his address and his name. Their experience of Tom's transformation and the break-up of our marriage is hands down the ugliest and most painful aspect of this story."

It seems that transwomen also have free license to be sexually and physically abusive. Here's a fact you never hear; transsexualism is the "primary paraphilia" of 51.7% of sex offenders. (http://www.jaapl.org/content/16/2/153.full.pdf)

I'm finding a lot of people who had been sexually, physically, and psychologically abused by their partners who are trans women. Every single one of them had the same experience as me, which involved being accused of being a TERF (Trans-Exclusionary Radical Feminist) or a bigot if they even thought about calling for help.

I'm not the only person who once called the police on someone who had assaulted me, and then was told that I was a bad person. These people, like me, were threatened if they, even for a moment, questioned that people who use penises to rape other people- and who express and carry out misogynistic views about their DFAB partners- might not actually be trans. When we were raped or beaten by people larger and stronger than us, we were the bad guys because our position as abuse victims supposedly pales in comparison to the inherent victimhood involved in being a trans woman.

Another victim is far more hysterical:

You got beaten, raped, and psychologically tormented by someone who outweighs you by a hundred pounds? Someone who is addicted to violent porn showing women being dismembered, to the point that they're jerking off to it five times a day? Someone who openly admitted that they don't do housework because their dad taught them that if you ignore it long enough, a woman will do it for you? Well, don't you *dare* say that this is gendered violence. CHECK YOUR PRIVILEGE, because you're masculine of center and your abuser is WAY MORE OF A WOMAN THAN YOU ARE, AFAB SCUM! And when you're processing your trauma and slip up and say that it feels like sexism, that actually means that you're a *way worse abuser* because even a hint of implied misgendering is an ACTUAL ACT OF VIOLENCE.

You can't ever have a conversation about abuse in queer and trans relationships without trans women bursting through like the fucking Kool-Aid man and screaming, "TRANSMISOGYNY!"

The new liberal ideology is that the weirdest and most oppressed person is the best. So a transgender man trumps a feminist. A transgender man has lower social status, and receives more abuse than a woman, and therefore needs more support. I worked with American liberals the last few years and this mentality is rife. A big star at Berkeley at the moment is a Transgender Latino guy with a beard, and he's seen as very edgy and brilliant because he's this composite symbol of oppression.

Comments for " Wives of Tranny Men Get No Sympathy "

The reaction of families and wives to husbands going tranny is no different had the husband gone schizophrenic or had come down with delusional paranoia or other serious mental disorder. Nevertheless, why are transvestites are not considered mentally ill?

Any prison guard can tell you a tranny prisoner will cause more trouble than the entire cell block combined. Yet somehow this is supposed to be normal?

We should not judge them as "sinners", but regard them as mentally ill, unpleasant as they may be. I have worked with a few in the LGBT community and many tell me things like, "I'd rather have a hole in my head than be gay". "My life would be so much better and happier without this problem". Most do not like their problem and many have complicated mental health issues besides homosexuality. One actually was able to trace and prove his problem to caused by brain damage.

Sorry, not much sympathy from me here.
These women are going through a disaster which has been in the making for long. But one of the underlying sentiments i see in their comments is "how dare they claim to be a larger victim than me?".
Well, being the victim has been one of your trump card for millennia. But now it has become such a force that some males find it too tempting. So they outperform you in 'victimhood'.

The first woman stated:
"I lived happily for 14 years with a man who seemed sensitive, kind, intelligent, liberal, and feminist. We were deeply in love and the kind of couple people looked up to."
Well, he was a liberal and a feminist. Well on his way to become extreme. And the five words used to describe him are, maybe apart from 'intelligent', not masculine at all.
Therefore - I do not believe in her 'deeply in love' claim here is with a man. It was with something resembling a woman. And maybe people did not look up to her as much as she thought?

I once asked my catholic grandma when I was 8 or 9 years old: "when the end of the world would occur"? She said "when men start dressing as women". I guess now my question for her would be "how long do I have to live in the end times?"

I once asked my catholic grandma when I was 8 or 9 years old: "when the end of the world would occur"? She said "when men start dressing as women". I guess now my question for her would be "how long do I have to live in the end times?"

The cause of transgenderism - an extremity of sin in the soul, accumulating and synthesizing in the will (the rational appetite) generating a deeply perverse desire;

"And it was not enough for them to err about the knowledge of God, but whereas they lived in a great war of ignorance, they call so many and so great evils peace. For either they sacrifice their own children, or use hidden sacrifices (eg. Bohemian Grove) , or keep watches full of madness, So that now they neither keep life, nor marriage undefiled, but one killeth another through envy, or grieveth him by adultery: And all things are mingled together, blood, murder, theft and dissimulation, corruption and unfaithfulness, tumults and perjury, disquieting of the good, forgetfulness of God, defiling of souls, changing of nature, disorder in marriage, and the irregularity of adultery and uncleanness."