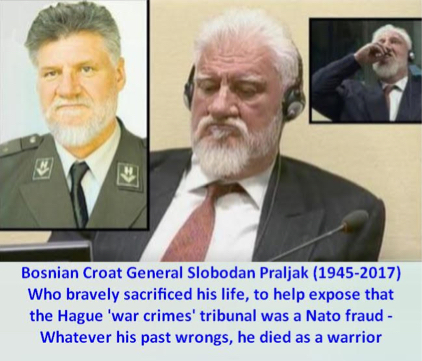 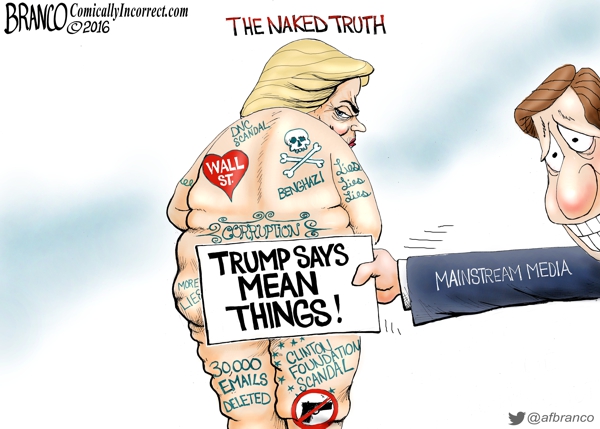 The 'impeachment' of US President Bill Clinton was to extort him into approving an illegal bombing of Serbia & massacre of civilians, which even the murderous Clinton found difficult to stomach. When Clinton agreed to do the bombing, he was 'acquitted' and allowed to remain alive for 2 more decades.
Another aspect of the Hague 'war crimes trials', is that the judges at times, especially some USA ones, behaved as openly sadistic, psychopathic abusers of their defendants, obsessively seeking to cover up for Nato crimes, such as CIA etc agents weaponizing militias amongst the Balkan populations
Whatever his past crimes, General Slobodan Praljak, 72, acted with heroic courage, giving his life to inform the world that the Hague 'war crimes tribunal' was a fraud meting out 'victor's justice' for Nato propaganda ... He died as a warrior telling truth and perhaps earned some forgiveness for what he had done in the past.
-------------
Background from a Russian Perspective