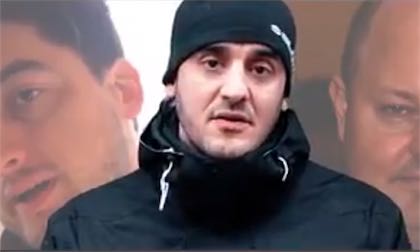 Bechir Rabani's death has aroused the Swedish people to confront the complete corruption of the Swedish elite and MSM. The real Swedish opposition --rational people-- has found their martyr.
"Rumours have it that Bechir got information concerning Aschberg and pedophilia.  Everyone is waiting for the next video now. We donÂ´t believe the intelligence community has taken all the copies."
By "Patriotic Swede"
(henrymakow.com)
Stockholm--Many people are deeply saddened by Bechir Rabani's mysterious "death" in Sweden last Friday Dec. 15. Rabani was a courageous citizen journalist originally from Palestine.
LetÂ´s be honest and call his death a probable murder. The Megaphones, his alternative media channel, had made a home visit to famous MSM journalist Robert Aschberg, a few days earlier.
Aschberg is a reporter and conducts investigative journalism against Swedish citizens, where he visits and criticizes them. The whole process at the apartment door was filmed by Rabani and his team and it was interesting to hear AschbergÂ´s wife threaten Rabani before the camera: "You will pay for this!" 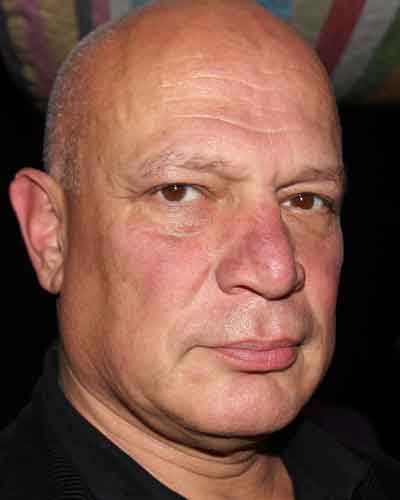 Aschberg, left, is grandson of Bolshevist banker Olof Aschberg. He is a leftist Jew with connections to Soros organizations that persecutes Swedish people who oppose mass migration. Aschberg also has done a lot of work regarding sexual crimes like pedophilia and child pornography. When Rabani visited AschbergÂ´s home in the same manner as Aschberg visits ordinary people, his journalist wife opened the door and threatened Rabani in front of the camera. Aschberg himself is rumored to have been hiding in his bedroom, too fearful to come to the front door. Aschberg claims to have been on a trip.
The Probability That Rabani Would Die From Natural Cardiac Arrest Is Practically Zero
As in cases like Udo Ulfkotte, the German editor who exposed Illuminati mass media control, the likelihood that Bechir Rabani, very fit and 33 years old, would die of a sudden natural cardiac arrest is practically zero. This probable murder has been carried out by a secret service, like Mossad or similar organization, which probably used a scalar weapon or equivalent to kill him in his sleep. Local police closed the case immediately and said that there is no reason to investigate further. This fact tells us the case is controlled by the local Illuminati.
The day before his death, Bechir promised online that he would present compromising information about Robert Aschberg and others in the Swedish MSM establishment. Aschberg himself is known as a brute and is suspected of having been involved in at least one Swedish murder case (stamped suicide) before.
Swedish MSM Was First Silent And Now Calls Bechir A Right-Wing Extremist
No MSM journalists appeared at the memorial services of Bechir in Stockholm, Gothenburg and MalmÃ¶. Later on when the death story spread like wildfire on the Internet, the MSM said Bechir had become a martyr for right wing extremists and that Aschberg is completely innocent. For once, we can agree with the MSM that Bechir is a real martyr for Swedish people. So far there are 150k downloads on Youtube of BechirÂ´s video (see below) of his visit to AschbergÂ´s home. That is a huge number in Sweden.
Furthermore, the MSM calls the widespread information about BechirÂ´s death an attempt by right-wing extremists to destroy the existing order of society. Everyone is an extremist as soon as they expose the eliteÂ´s depravity.
Bechir Hinted About More Compromising Information In His Video
A possible motive for his murder is that his group has mapped the elite in Stockholm. He said that Aschberg "would be nothing without his fortune and a silver spoon up his ass..." Rumours have it that Bechir got information concerning Aschberg and pedophilia.  Everyone is waiting for the next video now. We donÂ´t believe the intelligence community has taken all the copies.
The EliteÂ´s Extreme Fear Of  The Masses
Bechir has aroused the Swedish people to confront the complete corruption of the Swedish elite and MSM. The real Swedish opposition --rational people-- have now found their martyr. People are upset and they are more angry than fearful which is a big change compared to before. There are many people talking about visiting Aschberg again and this trend is very interesting since nobody can hide from the masses when they come to your front door.
In fact, this event in Sweden can serve as a model for other citizen journalists around the world. Stop writing articles and go visit your big leaders and see if they dare to meet you. If they kill you, you will become a martyr and hundred more people will show up at their door.
Furthermore, Granskning Sverige, another citizen journalism initiative in Sweden calls on different important people and records their reactions. It has had a huge impact and has made the MSM go ballistic and stamp them as extremists as well.
The Way To Arise The People Is Unity, Information And Peaceful Dialogue With The Elite
What we can learn from this probable murder is that there is a road map potentially being carved out for any country who wants to break free from the enslavement plans of the evil powers.
First of all expose the elite by informing the people about the deception of their right-left paradigm and their money system with a focus on the banks and their monopoly on printing debt money. Cooperate with as many people as possible. Unity is key - one guy canÂ´t beat the system but many people can do.
Use the internet only as a complement. Chances are only a few people will see your internet information so legs and mouths must be used.
Secondly, call the elite people and record the talks. That will further expose them when they canÂ´t reply the questions and look like scumbags.
Thirdly, visit them in their homes in a peaceful way. Record everything. If someone dies after visiting them, spread the information everywhere.
Last of all, the masses need to take action and take control over the country when the tipping point is reached. Nobody can predict what will happen at that moment.
We still have a long way to go but things are changing in an unexpected way now.
_________________________________________________________________________
Patriot adds:
More rumours: It is said from multiple sources that Aschberg is an incestuous pedophile, all his kids look like drug addicts, completely lost.

Two of his three kids here. Frank and Annika to the right.... Looks like they are part of the club right?...
Father and daughter Annika:
https://www.galamagazine.se/kungavanner-och-kandisar-pa-glammig-galapremiar-for-filmen-solsidan/robert-aschberg-med-dotter-annika-aschberg/
She looks like she had a few rough years.
Related - RabaniÂ´s visit to Aschberg. The visit starts at 31.50 in the video.
https://www.youtube.com/watch?v=w4cJzKvKCfc
Ole DammegÃ¥rd about the suspected murder of Rabani in English:
https://www.youtube.com/watch?v=JljK7jexgqU
SWEDEN: MIGRANTS CHARGED WITH "RUTHLESS" GANG RAPE OF WOMAN WALK FREE
Sweden on the forefront of global insanity
Makow comment- 1. Even if you were receptive to migrants, you have to ask why there are no women or children. Plainly, the introduction of so many males is a form of eugenics and a threat to local women. 2. It is ironic that this martyr for Sweden is a Palestinian.  Sometimes immigrants understand principles of national independence better than locals.

There is something interesting about this manâ€™s murder, as with several others.

Why do individuals â€œannounceâ€ they have found evidence of XYZ and he/she will expose this secret soon? This is an open invitation for something sinister to occur.

Brietbart is another example. He announced he had the goods on Obama; yet after his death nothing surfaced.

If Bechir announced to the world 1 day before his death he was going to release damaging revelations about Aschburg, Bechir should also have put the world (and Aschburg) on notice that should any misfortune befall him, that he had a dead man's switch which would release the info in the event of Bechir's death anyway. Every investigative journalist who's getting too close to the core of corruption should do that as insurance. If Bechir did not, that is what sealed his fate.

Sorry Sweden. You are waking up with the wrong man. He is allowed a martyr role as controlled opposition. Nothing will happen big time before the martyr is your average Johan Svenson, and you build up a rage because of that.

Bechir Rabini's death is just the death of another minority man, and you are to a certain degree allowed within the realm of political correctness to be indignant. He is all Frankfurter school minority, and represents the best in another people. Not the best in you, even if you may learn from him. Your elite is playing with matches, yes, but the real fire will not set in before middle-svensons death makes you hell bent on revenge.

These Heart attack assassinations are now becoming laughably regular. A notable one was the assassination of Robin Cook prior to the Iraq war by the Blair regime. Before that Blair's predecessor John Smith was assassinated by heart attack shortly after attending a banquet in the City (State) of London to make way for Blair's rise to power. Just a couple of weeks ago the president of the American Heart Association had a heart attack whilst delivering an address. These evidenceless murders are carried out using a maser beam (similar to a laser but emitting coherent microwaves instead of light) The microwaves produce a highly directable beam and are modulated in such a way that entrainment of the main vagus nerve signals running between the brain and the heart occurs. The same technology can be used to beam sounds or "voices" into your head remotely and can produce an effect known as synthetic telepathy between individuals.

When the systems governing the function of the heart are overridden in this way signals can be sent to stop or irregulate the victims heart resulting in spontaneous cardiac arrest. In the same way that computers can be "coded" to produce certain programs and functions the human body is also now revealing itself to be hackable if you know the correct coded language to use. Places like Guantanamo Bay have been extremely valuable research centers for precisely this type of research. This subject has been deliberately kept under the radar for many decades..