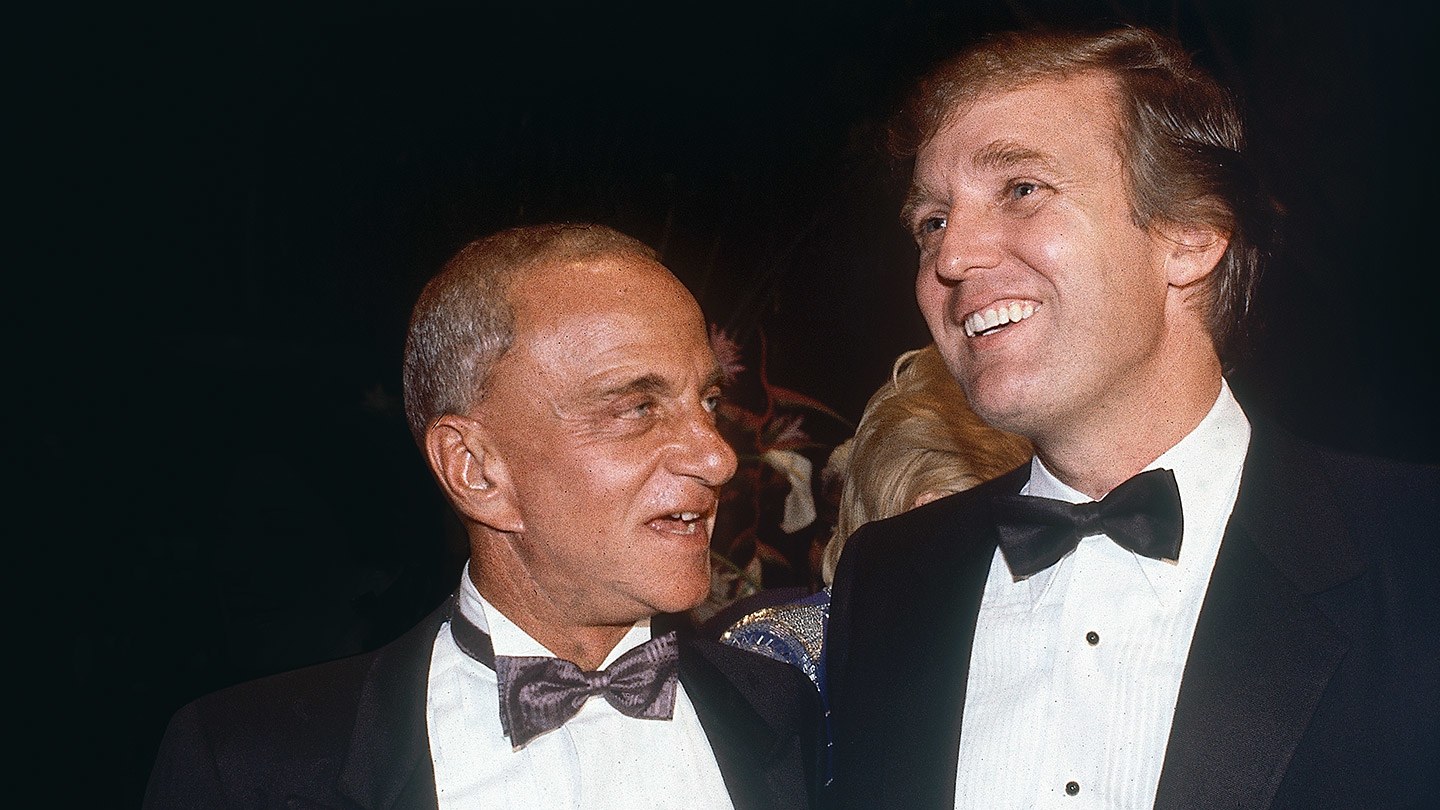 Donald Trump hosted a program called "The Apprentice" for 14 seasons. Trump had a mentor himself, the gay Jewish mafia lawyer Roy Cohn (1927-1986) who taught him to be a bully. This didn't work out for Cohn. For our sake, hopefully,
Trump has learned better.
(Disclaimer- I know Blumenthal worked for the Clintons but Roy Cohn's history is well known.)
A Short History of the Trump Family
by Sydney Blumenthal
(Except by henrymakow.com)
Roy Cohn, the Mafia lawyer, was more than just the consigliere in Trump's story. He was Donald's mentor, his godfather. If Trump received an education beyond his two years at Fordham and as a transfer student at Wharton ('I'm a smart person. I went to the Wharton School of Finance'), it was from his guide through the circles of the Inferno, who conducted master-classes in malice.
Trump was an apt pupil in aggression. 'I don't think I got that from Roy at all,' Trump told the Washington Post. 'I think I've had a natural instinct for that.'
He didn't really need an education in heartlessness, but he learned the finer points from Cohn. Offering his highest praise, Trump called him 'a total genius ... he brutalized for you.'
COHN BACKGROUND
Like Trump, Roy Cohn was the pampered son of a politically connected New York family. His father, Albert Cohn, was a major player in the Bronx Democratic Party, an assistant district attorney who was appointed to the division of the New York Supreme Court presiding over the Bronx.
Roy Cohn was a child prodigy; he graduated from Columbia Law School at the age of twenty, and was appointed as an assistant US attorney for the Southern District of New York. He promoted himself in his early cases by giving false leaks to the New York World Telegram. He was put in charge of prosecuting communist agents, staging several prominent show trials, including one of 11 Communist Party officials for subversion. 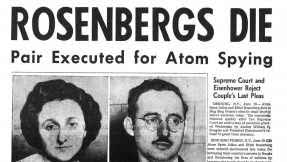 In 1951, he took effective control of the trial of Julius and Ethel Rosenberg, who were accused of stealing atomic secrets. He pulled strings to appoint both chief prosecutor and judge, and then urged the judge to impose the death penalty, though the evidence against Ethel Rosenberg was flimsy. Cohn's tour de force brought him to the attention of Senator Joseph McCarthy, who hired him as chief counsel in his Red-hunting investigations. After the Red Scare came the Lavender Scare, when Cohn launched a campaign against homosexuals in government jobs, though he was a closeted homosexual himself.
MAFIA LAWYER
Cohn opened a law office in New York, taking on such clients as the Mafia kingpins Tony Salerno, Paul Castellano, John Gotti and Carmine 'The Cigar' Galante, underboss of the Bonanno crime family - as well as the Catholic Archdiocese of New York and the New York Yankees.
He was the city's supreme fixer...Donald Trump met Roy Cohn at Le Club, a private New York disco, in 1973, when Trump was 27 and had a serious problem. The Justice Department was suing him and his father for racial discrimination in their building at 100 Central Park South.
'My view is tell them to go to hell,' Cohn advised, 'and fight the thing in court.' From that moment, Cohn and Trump were inseparable. Cohn recalled that Trump would phone him more than a dozen times a day. With Cohn as their attorney the Trumps filed a countersuit against the federal government for using 'Gestapo-like tactics'. Their suit was instantly dismissed and two years later the Trumps settled after being forced to sign a decree forbidding them from engaging in discriminatory practices.
Roger Stone, a longtime Cohn protÃ©gÃ© who began his political career as a dirty trickster and 'ratfucker' for Richard Nixon's re-election campaign in 1972, explained the relationship. 'First of all,' he told an interviewer, 'Roy would literally call up and dictate pieces for Page Six [of the New York Post] because Rupert [Murdoch] was a client and because Roy always had good material. So Roy understood the tabloids. Donald, I think, learned the tabloid media, and the media cycle, from Roy.'
Cohn was the sorcerer and Trump the apprentice. 'Roy was a mentor in terms of the fast track,' Stone said. 'I mean, Donald was from Queens, Manhattan's the fast track. I think, to a certain extent, Donald learned how the world worked from Roy, who was not only a brilliant lawyer, but a brilliant strategist who understood the political system and how to play it like a violin.' For Trump, Cohn served 'like a cultural guide to Manhattan', Stone told the Washington Post. 'Roy was more than his personal lawyer.'...
PUSSY GRABBING AT STUDIO 54
Cohn initiated Trump into the highlife and lowdown at the hottest club in town, Studio 54.'What went on in Studio 54 will never, ever happen again,' Trump told a journalist much later. 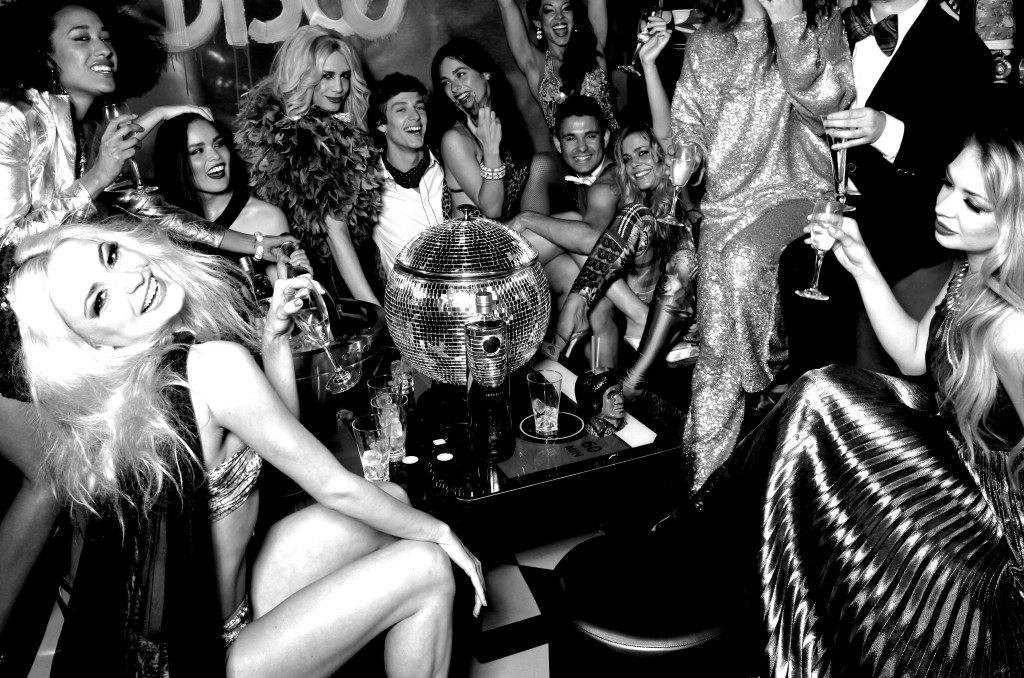 "First of all, you didn't have AIDS. You didn't have the problems you do have now. I saw things happening there that to this day I have never seen again. I would watch supermodels getting screwed, well-known supermodels getting screwed on a bench in the middle of the room. There were seven of them and each one was getting screwed by a different guy. This was in the middle of the room. Stuff that couldn't happen today because of problems of death."
Cohn greased the skids with favours. 'I got to know everybody,' Trump said. Cohn arranged for the Mob to construct Trump's towers and provide protection against labour trouble.
'You know how many lawyers in New York represent organised-crime figures? Does that mean we're not supposed to use them?' Trump asked. Cohn threatened to sue anyone in Trump's way to secure leases on properties and city tax abatements. He wrote the prenuptial agreement stipulating that Trump's first wife, Ivana, would return all gifts in the event of a divorce, and coerced her to sign; Cohn had suggested an associate to serve as her lawyer. ('I would never buy Ivana any decent jewels or pictures. Why give her negotiable assets?' Trump told his friends, according to Vanity Fair.)
And Cohn finagled a federal judgeship for Trump's sister, Maryanne Trump Barry. When anyone resisted Trump's demands, he waved Cohn's picture in their face. 'Would you rather deal with him?' he would say.
The State of New York disbarred Cohn in 1986 for unethical and unprofessional behaviour described in the judgment as 'particularly reprehensible'.
A month later, he died of AIDS, an illness he tried to conceal (he told Trump he had cancer). He was an outrageous racist and self-loathing Jew, freely spewing epithets about 'niggers' and 'kikes'. He was also a self-hating homosexual, who obsessively denounced 'fags' and crusaded against gay rights.
When he was dying Trump turned away from him, shifting his business to other lawyers. 'I can't believe he's doing this to me,' Cohn said. 'Donald pisses ice water.'
Cohn called Trump to ask him to find a room in one of his hotels for Cohn's former lover and assistant, near death himself from AIDS. Trump got him a 'tacky' room and sent Cohn the bills. Cohn refused to pay. Trump's underlings called to evict the dying man. The only surprising part of the story is Cohn's shock.
----
Thanks to Bobby English for the tip.
First Comment from Glen
"By their fruits ye shall know them" - Jesus Christ
The gullibility of the American "right" is to me beyond belief. One only needs to do a few minutes of basic research to find out "the Donald" is nothing more than a New York mobster himself. Time after time we have been told president's are selected, not elected. It is only a fool who thinks any kind of honest man (or woman) will ever set foot in the White House, at least not until the whole filthy system is taken down.
Time after time, I listen to many in the alternative media say things are going to be better, the swamp will be drained, the pedophiles will be put in prison, Hill and Bill will finally be brought to justice. America will be made great again.
All I can say is don't hold your breath, as the new boss is the same as the old boss, run by the same group of "Illumined ones". It is evident you will be fooled again.

The story you used regarding Trump and Cohn is worthy of your column regardless of its author. As you said, the info is well known. I remember reading this information in a Sunday newspaper magazine back in the late 80s. The story, it was a story, too long for just an article, went into great detail of Cohn's life and death. The twist for me was I was in the home of the person I worked with at the Houston AIDS Foundation, as it was called at that time, when reading it. It filled me with fear for this person. ...

What makes me wonder is it is so obvious who fine tuned Trump's personality. Then when Trump found out his friend was dying of AIDS, he dumped the friendship. Doesn't that bother us at least some?

Sorry, I read the headline then saw the author and stopped immediately.
Why would you trust anything about someone who's not a left leaning liberal dialogue by Blumenthal. He is not trustworthy and is just another Jewish slime merchant.

I'm pissed at Trump for recognizing Jerusalem as Israel's capital. I know the Clintons are much worse than Trump but ultimately they are all in bed together. Trump's is another kind of globalism.