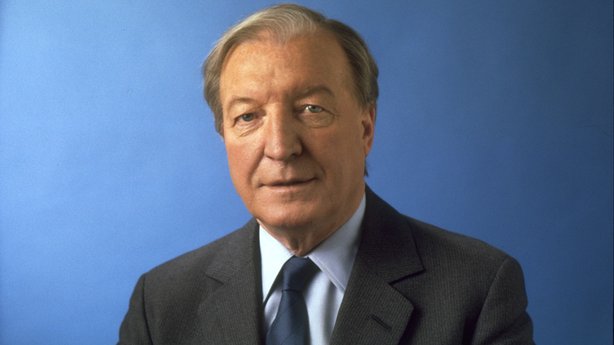 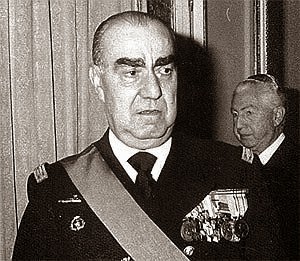 (Assassinated in bomb blast in 1975)
In 1973 the Freemasons assigned to the Basque separatist group ETA the task of murdering Franco's chosen successor, Admiral Luis Carrero Blanco, left, thus eliminating a crucial rallying figure of resistance to the Masonic socialist Reconquista of Spain when Franco eventually died in 1975.
In 1986 the Swedish Prime Minister Olaf Palme was shot at point-blank range in front of his wife on a street in central Stockholm. Palme had become increasingly critical of US and Israeli policies and to this day no one has been convicted of his murder.
Another Swedish politician, the foreign minister, Anna Lindh, was murdered in a Stockholm shopping mall in 2003, days before a crucial referendum in her country on joining the European single currency. A strong supporter of the proposal, many believe she was killed in order to generate a sympathetic backlash in favour of a yes vote.
In 2002 the hugely popular Dutch anti-immigration politician Pim Fortuyn was shot dead nine days before a general election in which he was set to make a massive breakthrough on behalf of the anti-immigration cause. 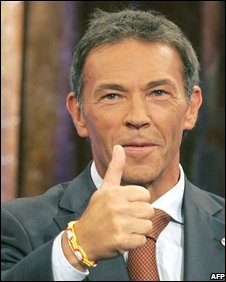 In 2008 the Austrian anti-immigration politician, Jorg Haider, left, died in a car crash just after his party had become a partner in government, a turn of events that provoked the "international community" into threatening Austria with all sorts of dire consequences -  up to and including economic boycotts and suspension from the European Union. As with the death of Princess Diana, the Zio-media and the Austrian authorities blamed Haider's "accident" on drink driving - a claim hotly denied by Haider's wife and many of his colleagues and supporters.
In 1981 Pope John Paul II and Ronald Reagan were shot within six weeks of each other. Even many mainstream investigative journalists posit a Mossad role in the shooting of the Pope, while Reagan's would be assassin, John Hinckley Jr,  had close family ties to the U.S. Vice President and former head of the CIA, George H.W. Bush.
In 1997, John F. Kennedy Jr., the publisher of 'George' magazine, incurred widespread establishment wrath for running an article blaming the Israeli internal secret service, Shin Bet, for the murder of Israeli Prime Minister and Nobel Peace Prize winner, Yitzhak Rabin. Kennedy Jr. had also made it clear he did not accept the official version of his father's death. In 1999 Kennedy Jr. died in a plane crash - many elements of which remain unexplained.
In 2004 the Palestinian leader, Yasser Arafat died from suspected polonium poisoning; the Israeli deep state does not even seriously attempt to deny its involvement in his death. 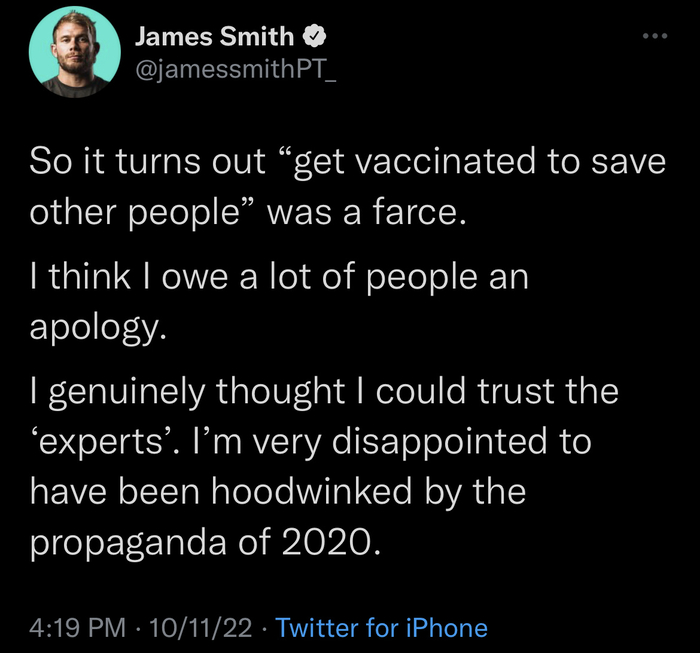 In 1994 the British Labour Party leader John Smith died suddenly after giving a speech at a posh hotel in central London. Since his election as leader in 1992, Smith had rapidly steered the party back to its working-class roots and away from the globalist cosmopolitanism of erstwhile Communist Peter Mandelson - the dominant figure in the entourage of the previous leader Neil Kinnock.
Mandelson, a Bilderberg ultra-Zionist, complained bitterly of being marginalized by the Smith leadership, but his exile turned out to be shortlived: after Smith's death, Zionist warmonger Tony Blair took over as nominal leader and his long-time "extremely close friend" "Mandy" Mandelson once again seized the tiller.
For some intriguing reason, Tony Blair, by his own account, always believed that John Smith would hand in his dinner pail in plenty of time for Blair and Mandy to contest the 1997 British general election as Labour Party nominal leader and controller respectively. Only a month before Smith's death,  Blair told his wife, "If John dies I will be the leader, not Gordon [Brown], and somehow I think this will happen, I really do."
How very weird. Smith was only 55 at the time. Weirder still, a mainstream satirical fillm, 'The Hunt For Tony Blair', depicted Blair murdering Smith in the hotel toilet on the night Smith gave what turned out to be his final speech. Outlandish satire or 'revelation of the method'?
One can formulate a very simple counter-factual narrative regarding modern British political history: no death of John Smith = no Blair-Bush partnership, no Iraq War, no invasion of Afghanistan and no War on Terror. 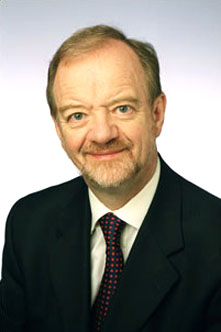 In 2005 the former British Foreign Secretary, Robin Cook died suddenly while mountain climbing in Scotland. As in so many suspicious events and false flag attacks, official and media accounts of the cause of death varied wildly in the hours after his demise. Initially, corporate media outlets said he had succumbed to external injuries he received from a fall - a story later changed to death by cardiac arrest.
Cook was the only member of the British government to resign in protest over the Iraq War, and in the weeks and months before his death he had begun to question not just the conduct of the War On Terror, but its whole premise - going so far as to state that 'Al Qaeda' was simply another name for a list of CIA assets in the Muslim world.
By the way, 'The Hunt For Tony Blair' blamed Blair for Cook's murder as well...Cook was 59 at the time of his death.
On the day of the 2010 British general election, the then UKIP leader, Nigel Farage narrowly escaped death after the light plane he was traveling in crashed. Farage had aroused the anger of the British Zionist establishment, not only by opposing mass immigration and the EU, but also by standing in the election against the Speaker of the House of Commons, the arch-Zionist John Bercow.
In 2015, Farage once again narrowly escaped death when a wheel suddenly came off his car while he was driving home to England on a French motorway. Farage was forced to dive from his car and frantically scramble over a wall in order to avoid being mowed down by oncoming lorries. Farage said that the French police told him that the wheels of his car had been sabotaged in an effort to kill him - though tellingly he later said he regretted divulging this.
That in itself raises an intriguing question: Either the French police told Farage the episode was an assassination attempt or they didn't, and if they did say this, why would he regret publicly recounting what he had been told? Did the Rothschild deep state merchants make Farage feel the heat after he exposed the reality of mafia-style political hit squads, and force him to walk back on his original statement?
It is worth remembering in this context that by 2015 the Anglo-Zionists had a new reason to loathe Farage: in the wake of the Neocon coup in Ukraine he had refused to join the anti-Putin hysteria of the western political and media establishment
In 2010, the Polish President, Lech Kaczynski, died in plane crash in Russia, a crash that also killed many senior figures in the Polish military. Although Kaczynski was a fairly strong supporter of Israel, he had aroused the ire of the globalist establishment by taking a strong line against the LGBTQ agenda - going so far as to call the organizers of gay pride events "perverts" - and had also opposed feminism, abortion and the EU anti-nationalist agenda.
Not all sudden deaths are necessarily suspicious of course - even when they happen to those the globalist establishment hate - but the reverse also applies: not all deaths from long-term illnesses are necessarily innocent. The late Venezuelan leader Hugo Chavez accused the CIA of giving many Latin American leaders - including himself - cancer, an accusation that only seems far-fetched if you've never seen Hillary Clinton cackling ghoulishly over the stomach churningly brutal street murder of Muammar Ghadaffi,  or if you never heard senior US politicians - including Clinton herself, Donald Trump, former Presidential candidate, John McCain, and fomer Speaker, Newt Gingrich - openly calling for deep state hit squads to illegally kill elected politicians and state officials in countries deemed to be enemies of the Greater Israel project.
---------------
Related - CIA Domestic Assassination Program

John John Kennedy was running for senator from NY at the same time as Hillary. Had the tail of his plane not exploded in midair she would have been assured of only ONE vote, her own. Even Bill's was problematic. Would one more murder have mattered to her when the Clintons have now been connected to over 70?

Thank you for this brilliant article. I believe most of this article with the exception of Tony Blair possibly being directly involved in any murders or murder attempts on any of the populous labor party leaders in the once Great Britain. His bosses yes, but him no. I also believe that Hugo Chavez died a natural death.

The neocon lead coup in Ukraine is now pretty much common knowledge and is reminiscent of the Communist-led coup of Russia in the early 1900's.
Thanks to Vladimir Putin, he did not let this cancer spread.

All the European leaders here mentioned that were murdered is also reminiscent of the Communist Red Terror campaign of the late 1800's and early 1900's that saw many of the prominent royal family leaders of Western Europe murdered and their governments overthrown.

The Clinton presidency was the turning point where the national populous leaders and their countries such as Yugoslavia who were not on board with the new agenda of this new global world order were destroyed. Leaders of nations who put their countries and people first became targets now and this policy has been in effect ever since. The existence of sovereign states around the globe was to no longer be tolerated.

Communism rips the heart and soul out of mankind and hampers their spirit as well.

This will all not have a good ending.